Round 7 of the Prague International Chess Festival started today with the first move was made by FIDE Events Commission Chairman Mr. Ozgur Solakoglu in the game Vidit vs Harikrishna. 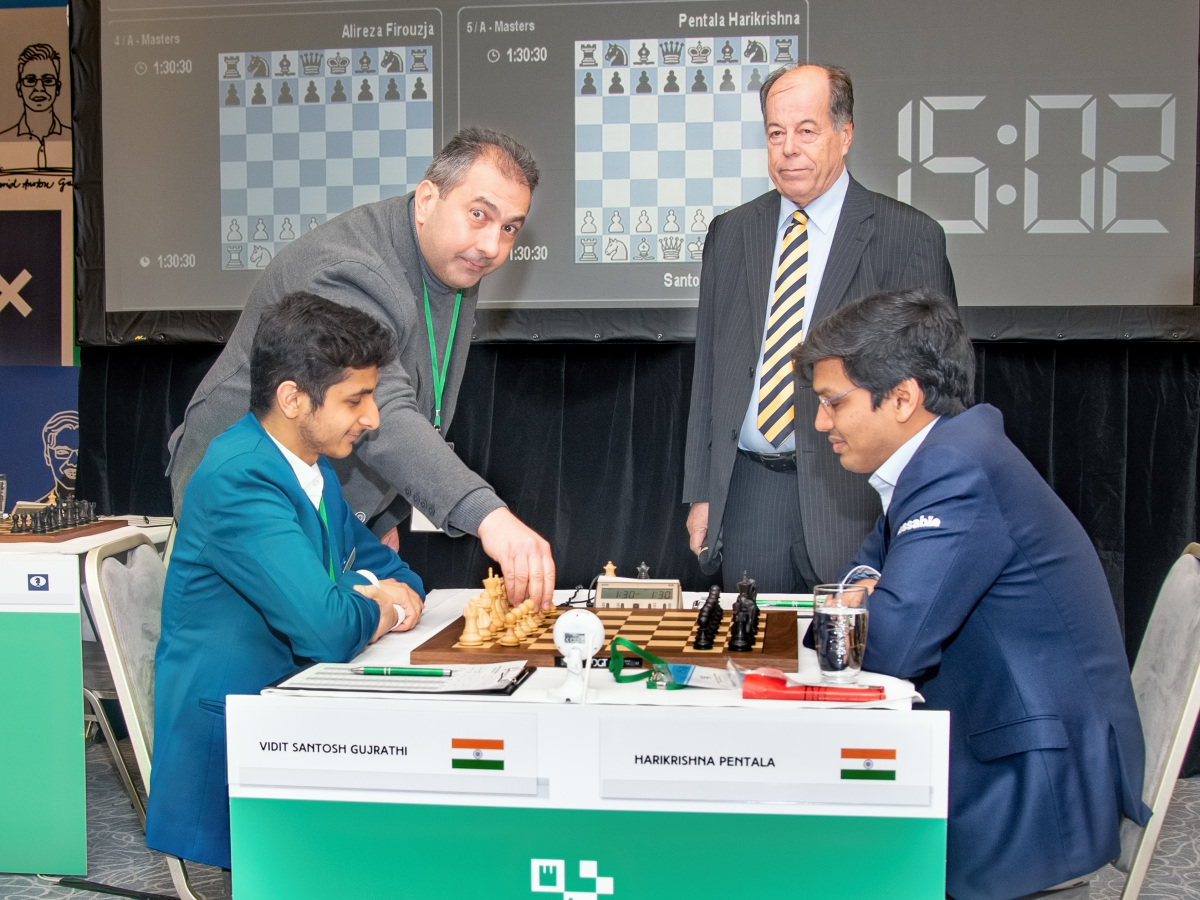 Prize “Game of the Day” was awarded to GM Jorden Van Foreest for his victory over Van Nguyen in the 6th round of the Challengers. 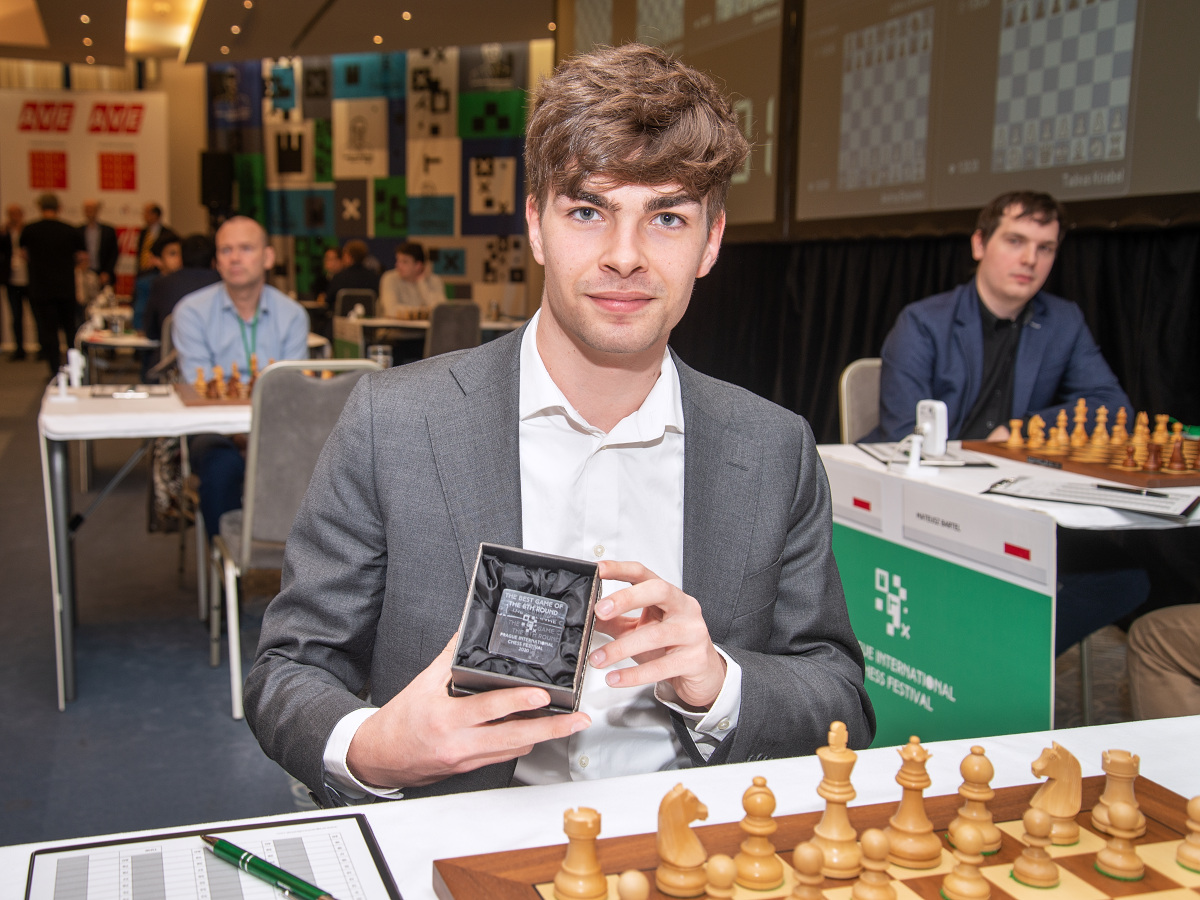 We have definitely seen some wild games today in the Masters group. Former US Champion Sam Shankland finally grabbed his first win, as he defeated Nils Grandelius of Sweden in style. The American was struggling to convert his advantages in the previous two games, but today Lady Luck finally smiled upon him. “It was a very sharp game, I thought I should have been much better after 20.Bg5, but it was not easy. At some point, I thought he was getting away from me, but I am glad I have finally won. I have been playing really well here and I outplayed my opponents in the last two games but I didn’t win any of them, so to finally win feels really good”, said Shankland to the commentators.

The game Duda vs Firouzja started unfavorably for the Polish star, and he was struggling to get back into the game, but eventually failed to defend his position. “I think move 7.Qc2 is a bit dubious, he played it once before and he tried again, but I think he mixed the move order. It was an interesting game. I definitely had the advantage, even after he brought his pieces together with the King on g2 and the Rook on b1. I don’t think he could have equalized, but he could have played better perhaps”, said Firouzja, who now joins Vitiugov in the tie for the 2nd place with 4/7. 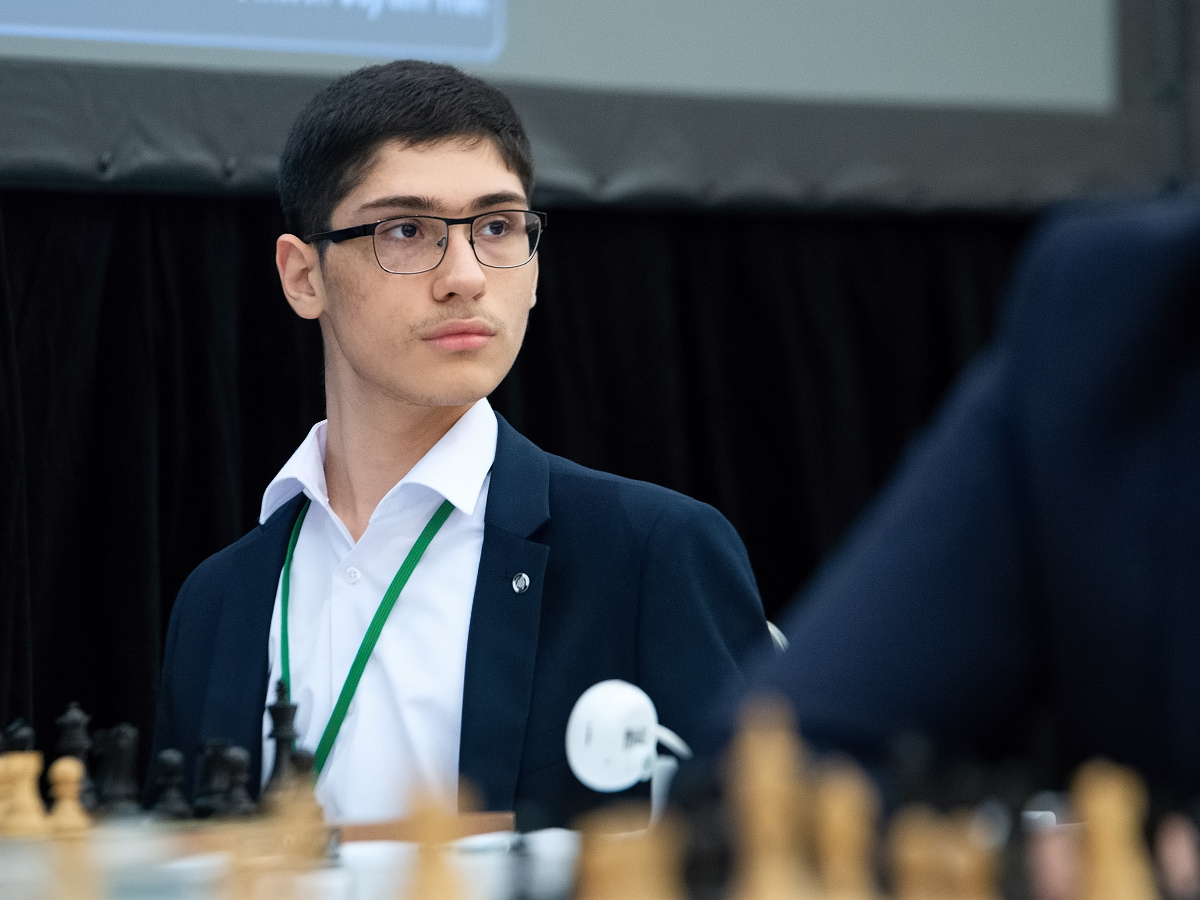 It would have been an understatement to say that the final position from the game Anton vs Ragger was phenomenal - Black is two Rooks down but keeps the perpetual check. “I think I was better after the opening, but then I completely lost the thread, I spent a lot of time at one moment because he found one resource, and it became unclear. We were both low on time, then things were going a lot in his favor, my compensation for a pawn up disappeared completely, once we got into the severe time trouble it became a real mess. In the end, I found a nice trick to sacrifice both rooks and make a draw. The final position is really beautiful”, commented Markus Ragger after the game.

The leader Vidit Gujrathi was trying to find an advantage against his compatriot Harikrishna, he even spent almost 40 minutes for move 14. “Nothing really happened in the game. Probably in the opening after 12...Rc8 I have to be very precise because Black threatens c5, so if I can stop that I will be ok. Probably 14...Ne5 was slightly inaccurate then I had some chances with 15.de5 followed by Ne4. I spent so much time on 14.Rac1 that I didn’t have time to calculate the consequences later on. It was one of the games where if you are not precise Black easily equalizes”, said the leader of the Masters group. 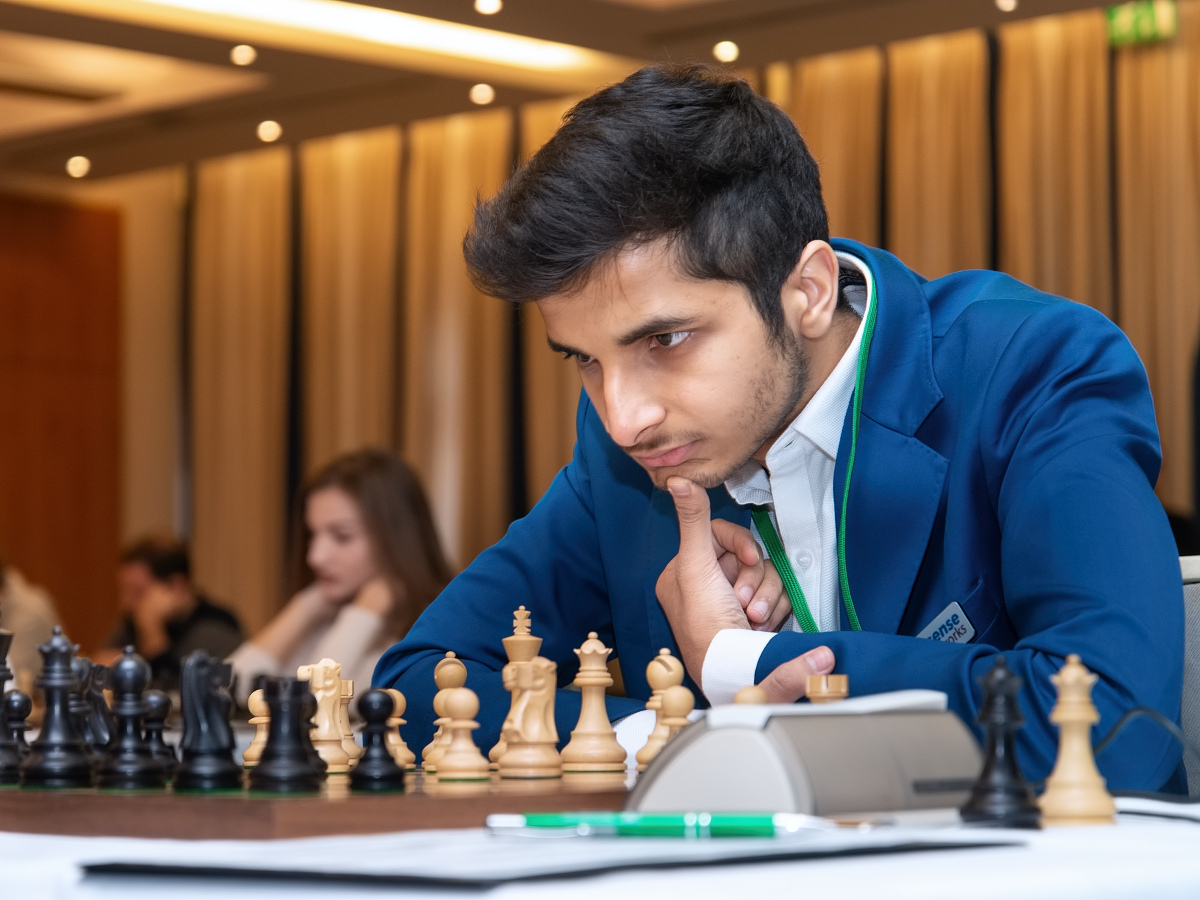 Navara has done his homework and came well prepared for Vitiugov today. As he confirmed to us after the game, he was following the game Grischuk vs Caruana from Isle of Man last year. “The game was quite interesting. My preparation went until move 19, and I expected 19...Rc8 after which White is not worse, but isn’t better either. After 19...Nf8 I thought I gained some initiative with 22.e4, because if Black plays 22...Bg4 then I can take 23.Nxd5 and get very nice compensation for the exchange. Nikita played it more circumspectly, and although White has Bishop pair and passed pawn, Black’s Knights are very active. I think it was a good game in general, without major mistakes. There was a nice trap towards the end if Black takes on 36...Nxf1 there is a very strong move 37.d7! After Black loses material, for example, 37...Nxg3 38.Rc8 Ngxe4 39.Rxd8+ Kh7 40.Rh8+ and White is queening his pawn.”

In the Challengers group, three games finished with the decisive result, and in all three the winners were players with White pieces.

Jorden Van Foreest defeated Jan Krejci, after Black made a crude blunder. “It was a very tough game, I thought my position should be good after the opening already, but I wasn’t sure how to make progress. Probably I did not play in the best way. At some point, we reached a complex position and suddenly he blundered with 27...Rf6, missing Qg4. If he had played something else, I was thinking Bg5, I wasn’t really sure what was going on, I wasn’t expecting to win this game so easily” , said the Dutchman in the interview.

Young Russian Esipenko scored his third victory in the tournament, which came in the right moment after yesterday’s loss, and now he can be a potential pretender to qualify for the Masters 2021 edition. He admitted he keeps getting surprised in the openings, as his opponents always play something he didn’t anticipate: “I didn’t expect this line. It happens in every game in this event!”, said Esipenko.

In the game between the leader Stefansson and the top seed Abasov, White was slightly better from the opening, but Abasov proved he is a solid player, and he held the position without any difficulties. 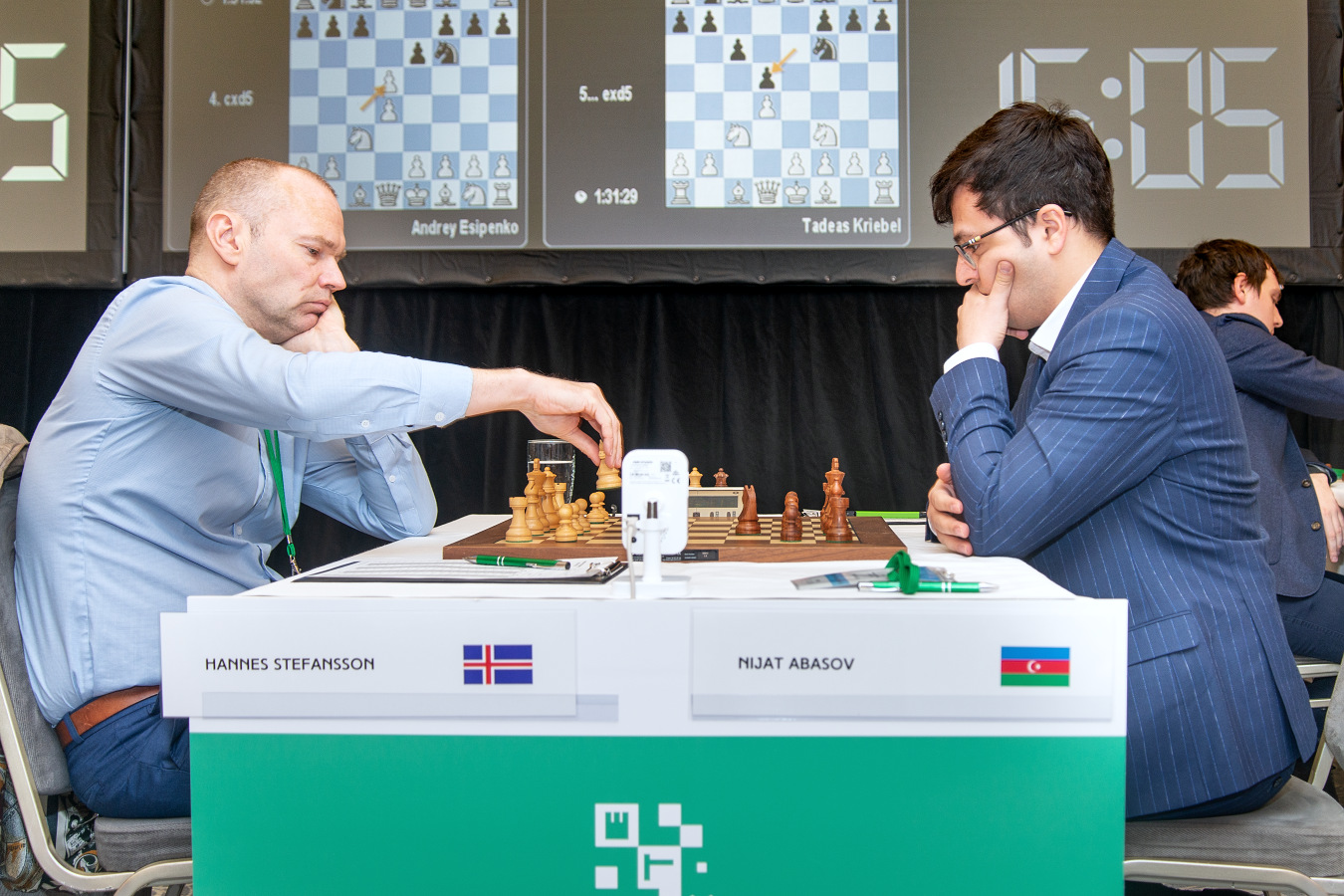 Kriebel vs Nguyen was psychologically difficult for both players, especially for Kriebel, who is having a disastrous tournament with -5. Nguyen is not having a great tournament either. He didn’t win a game so far, and yesterday he suffered a loss. So it was obvious that both Czechs will play safe without too much risk, which did happen in the game and the draw was agreed in the equal Rook endgame.

The last game to finish was the Polish derby, Piorun vs Bartel, which ended in the favor of White. After a few inaccuracies of Black, Piorun got a clear advantage, which he converted in the Queen’s endgame.

“I think Mateusz missed 24.Rxd8 which somehow gave me a bigger advantage. After that I thought I should win fast, but I misplayed the position. Eventually, we got into Queen’s endgame which in the long run should be winning, but of course, it was not an easy technical task. Before that, I shouldn’t have exchanged the rooks with 49.Rxe6, I thought the endgame would be an easy win without rooks, but I guess i was mistaken. I made my life complicated!” , told Piorun. 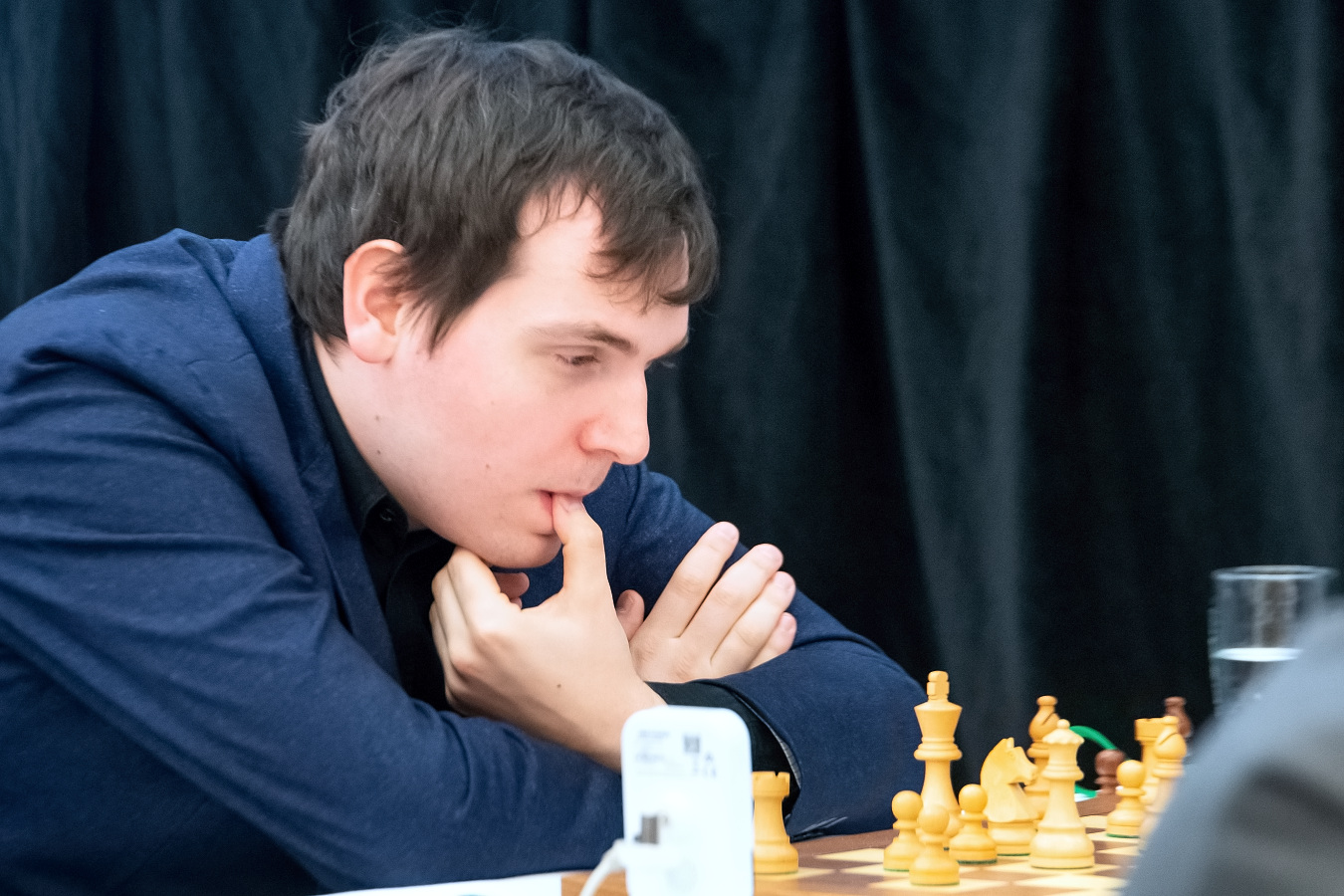 Round 8 of Masters, Challengers, and Futures, and round 7 of Open and Rating tournaments are on schedule on 20th February at 3 pm (CET).

Check our YouTube channel for daily reports and interviews with the players.

Photos from the Festival can be found on our Media Page or on Zonerama .