No change in the standings, 3 more rounds to go

The 6th round of the Festival was opened by Mr. Jeroen Van den Berg, the Director of the traditional Tata Steel Chess Tournament. Mr. Van den Berg addressed the players with a short speech, in which he greeted everyone present and expressed his pleasure to be in Prague again. He then made a symbolic first move in the game Vitiugov vs Vidit and the exciting 6th round officially started. 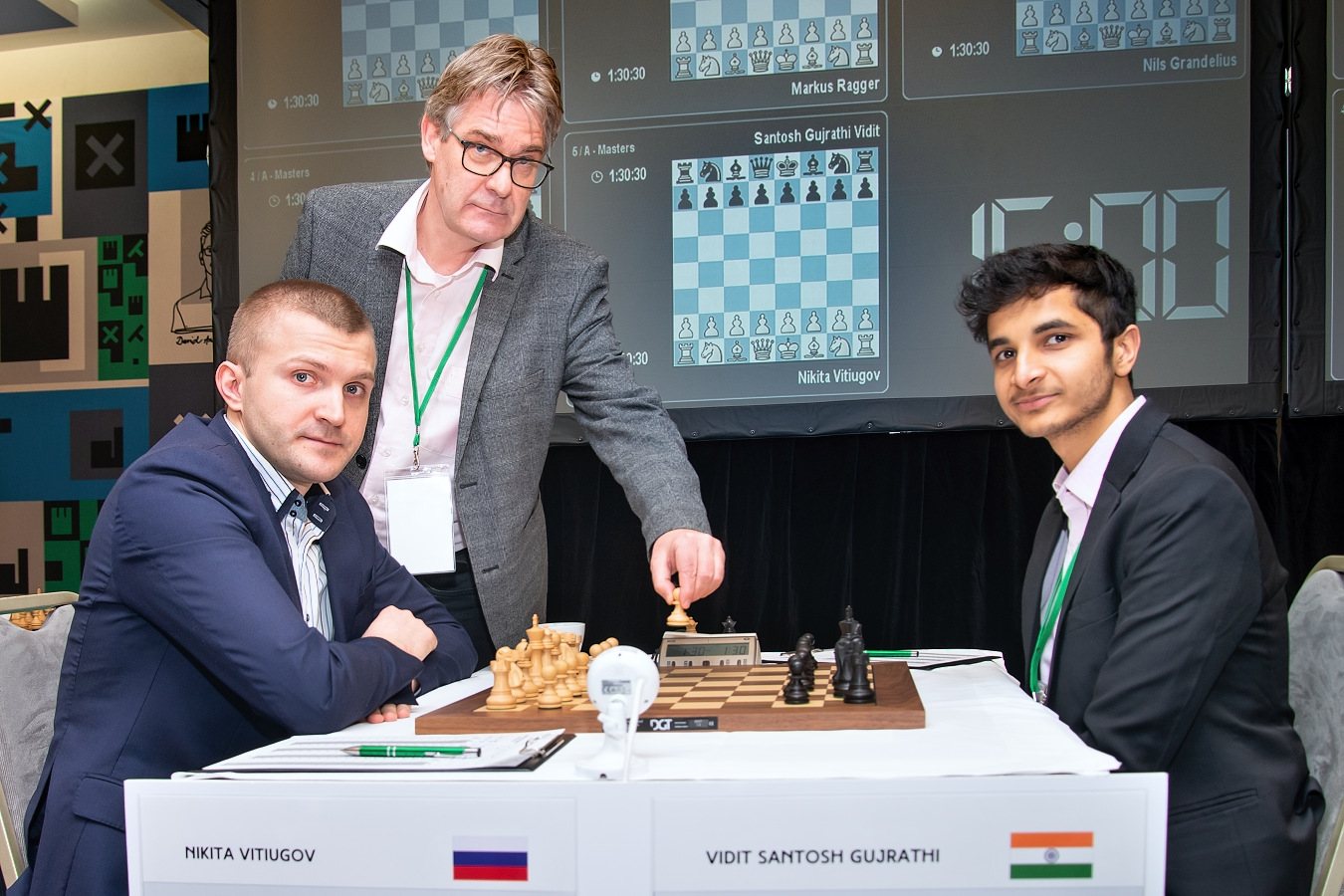 The winner of the “Game of the Day” prize was Grandmaster David Navara who was awarded for his victory against Swedish Grandmaster Nils Grandelius in the 5th round. 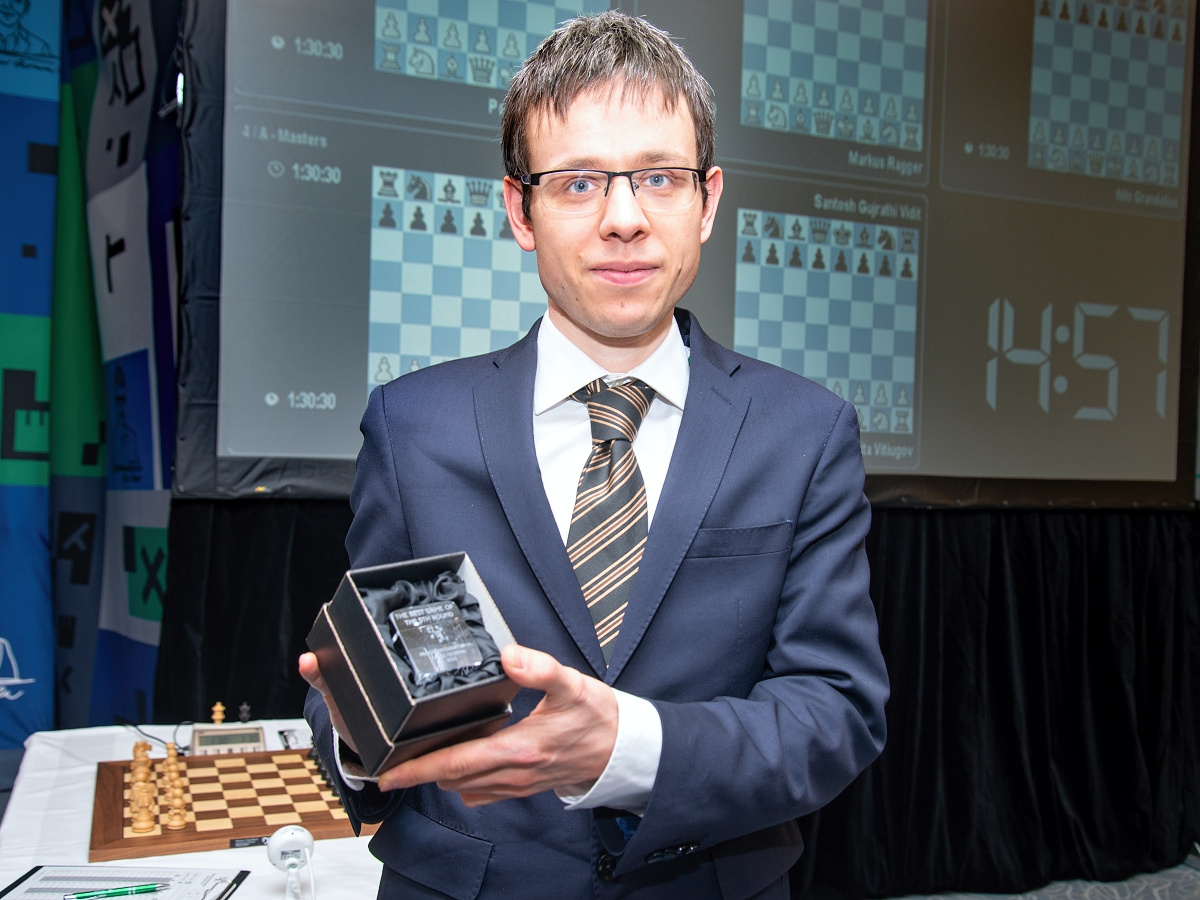 Again we saw a peaceful day in the Masters section, as all five games were drawn. First to finish was Grandelius vs Duda. It seemed White was not very happy with the development of the game and started spending time in order to find a way to improve his position. Black easily equalized and a draw was an obvious result.

In the game Harikrishna vs Anton Black had no trouble in holding the position, which was drawn in an interesting endgame.

Harikrishna: “I am not satisfied with my game, I think my opponent equalized pretty easily. I played with White pieces so I should have put more pressure. He was well prepared, and he found the best moves in the critical moments.”

Anton: “I am happy with my game, I equalized more or less easily, thanks to my preparation. I think the endgame we got is slightly worse for me, but not so much. In the end, I didn’t have time, and this is the main problem for me in this tournament, I am playing very slow, but other than that, I am satisfied with how things went today.” 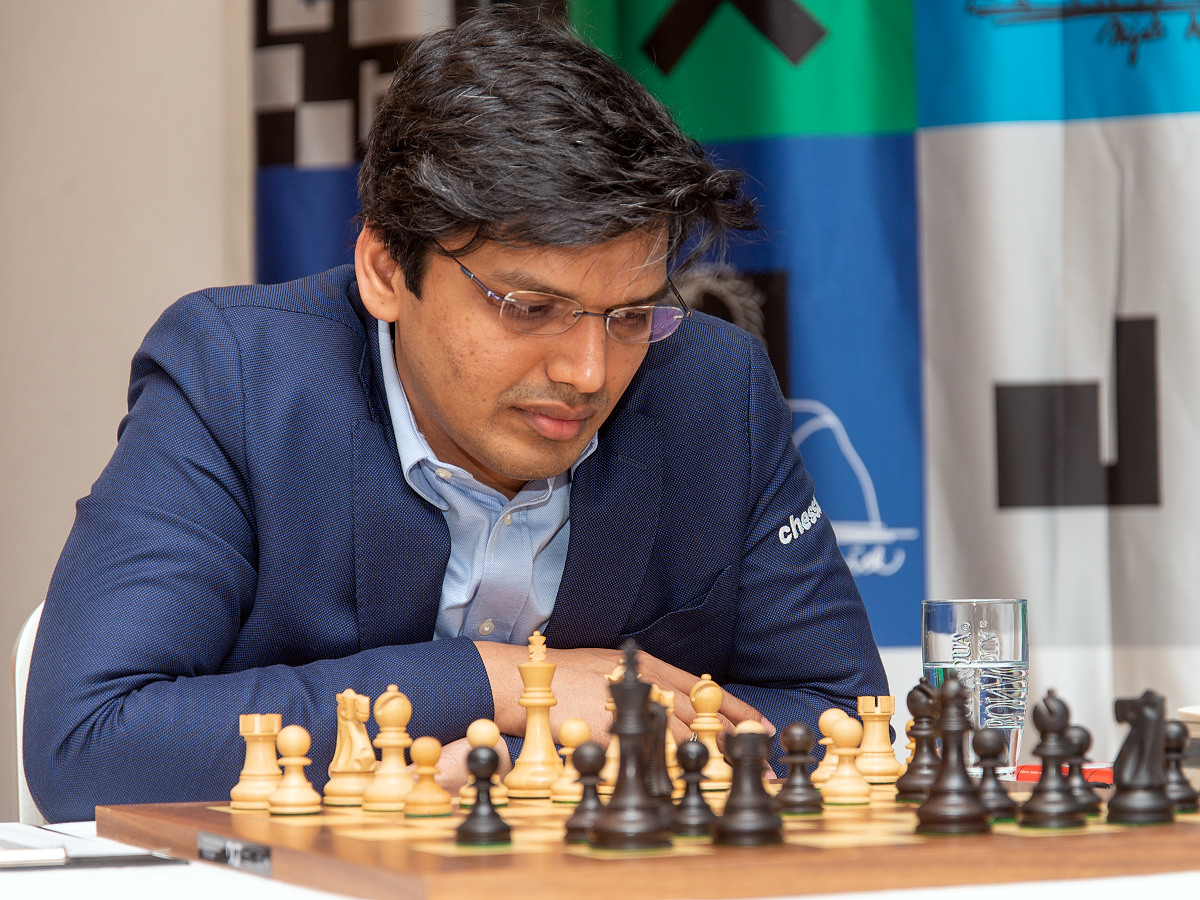 The second game in a row the advantage slips for Sam Shankland. The American is playing some creative chess here in Prague, but just when the advantage seems to prevail in its favor, he fails to convert the position. Today he was pressing against Markus Ragger with Black pieces, but he missed good chances to win the game in few critical moments. 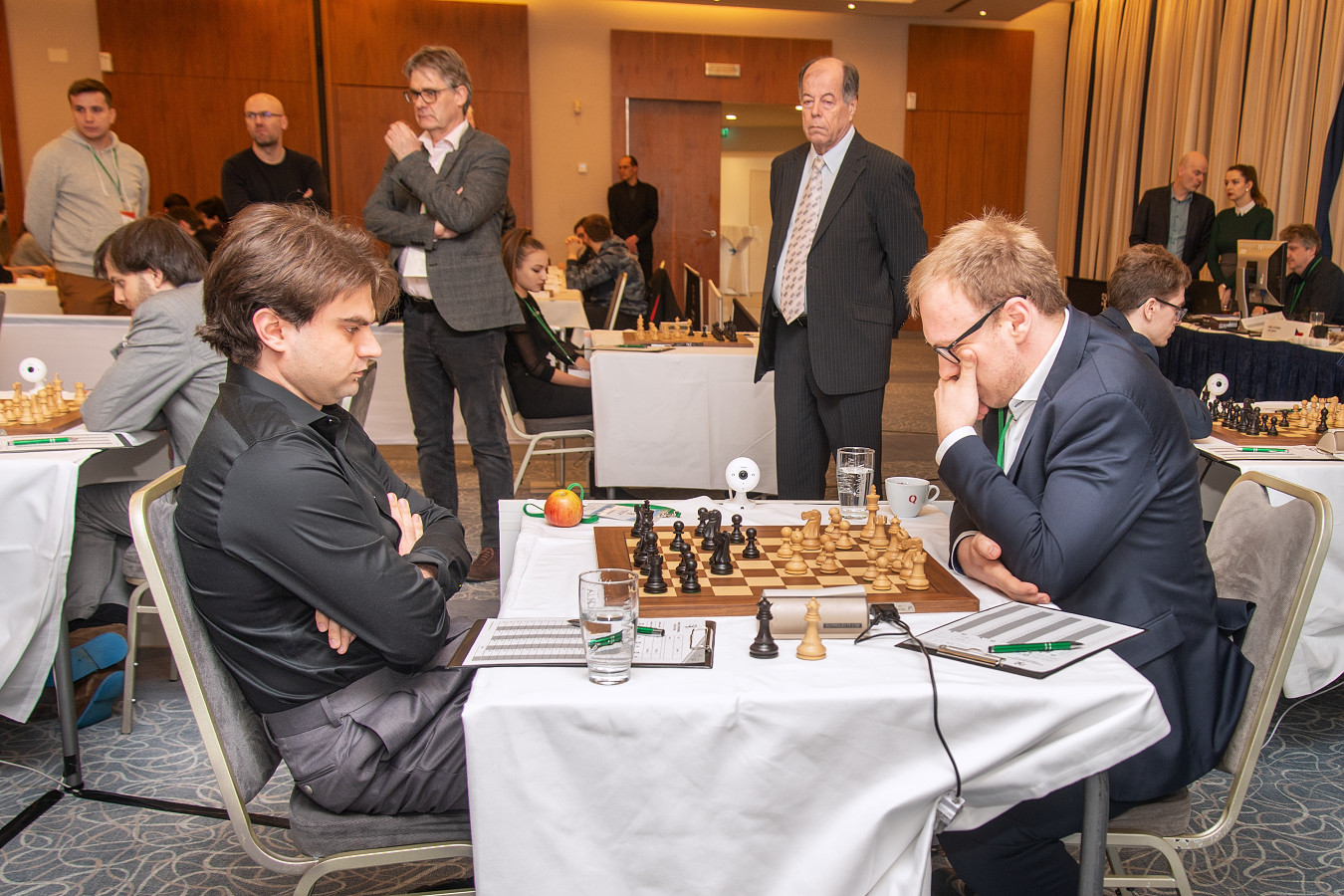 In the game Firouzja vs Navara a very interesting endgame occurred from the Italian game, which is one of the most popular openings nowadays.

Navara: “The game was interesting but the position remained equal all the time. I was a bit surprised by Alireza’s move 10.Qb3, but I managed to react adequately. It was a complex strategic struggle, but somehow the game has not turned into anyone’s favor, and I am happy with it.” 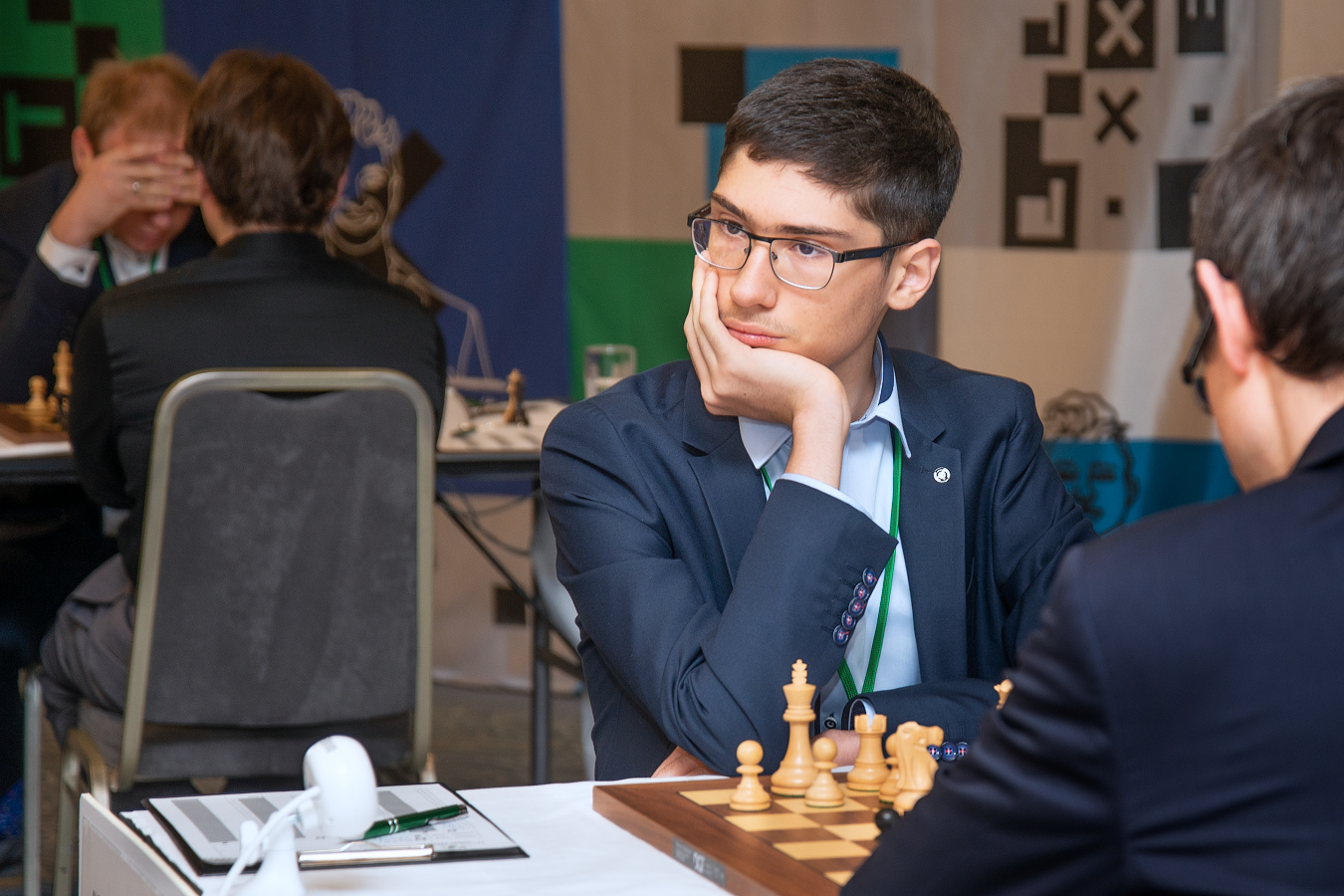 Vitiugov was definitely pressing against the tournament leader Vidit Gujrathi, it seemed as something went wrong in the opening for the Indian Grandmaster.

Vidit: “After the opening, I was worse, and I am happy the way I defended, I think I even got some counterplay. While we had Queens on the board it was not so easy for me to play. I think that was a critical position in the game. After we exchanged Queens, somehow I got a lot of activity, and I was more in control of the game.” 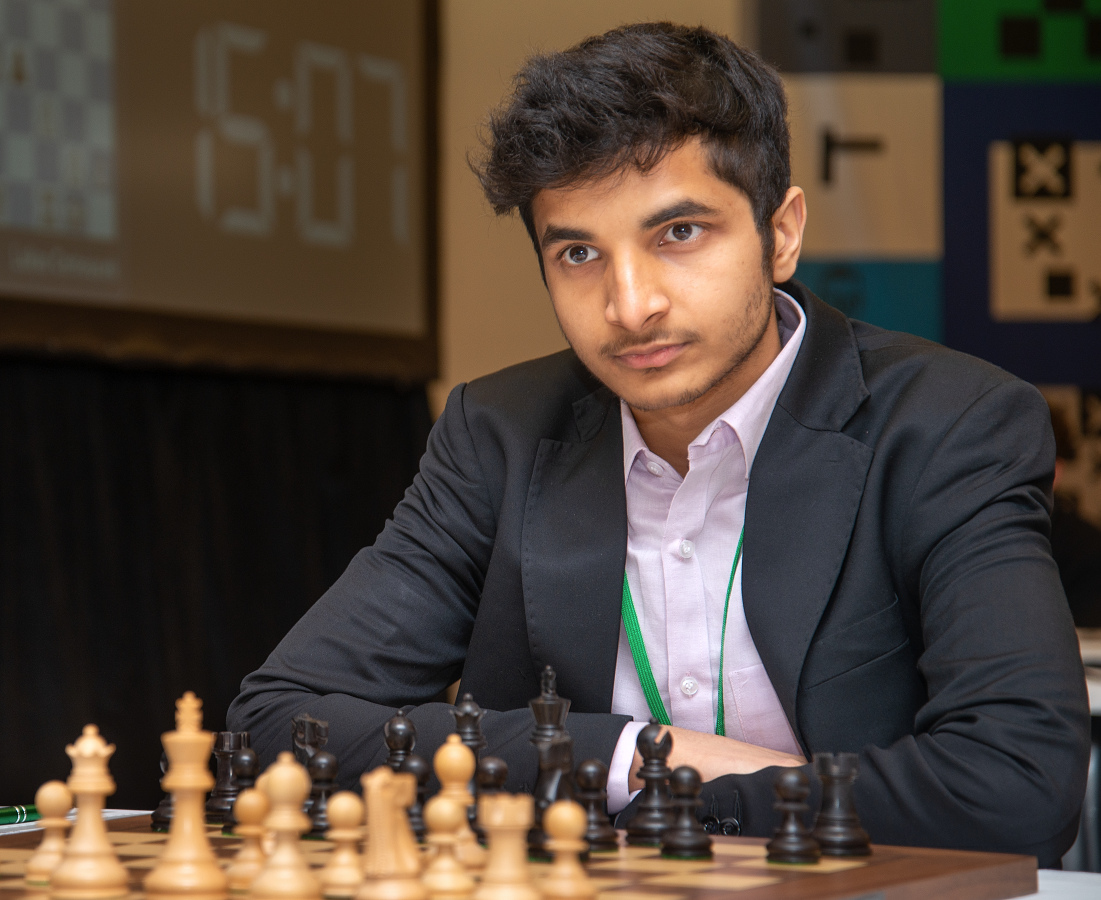 The standings after 6 rounds remain the same, Vidit leads with 4.5 points, followed by Vitiugov and Duda with 3.5 points.

We saw a derby in the Challengers section, between the tournament leader Hannes Stefansson and the runner-up Mateusz Bartel. A typical Catalan was played, and White came out slightly better from the opening. However, after some maneuvering, the pieces were traded and the draw was soon agreed. With this draw, both players keep their positions in the table.

The top seed of the group Nijat Abasov from Azerbaijan scored his second victory in the Challengers. Today he defeated 17-year-old Esipenko, who was having a great tournament so far.

“I lost a painful game in round 5, after 53-game undefeated streak. I even forgot how it feels to lose. Luckily, yesterday was a rest day, and I had some time to cool down. Today I didn’t prepare much, honestly, I just felt like he spent his time in preparations, so I wanted to play some surprise in the opening. We got an interesting position, and at some point, he played more passively than he should have, and then I got nice harmony among the pieces. He got into zugzwang position and I managed to convert my advantage” , said Abasov in the interview. 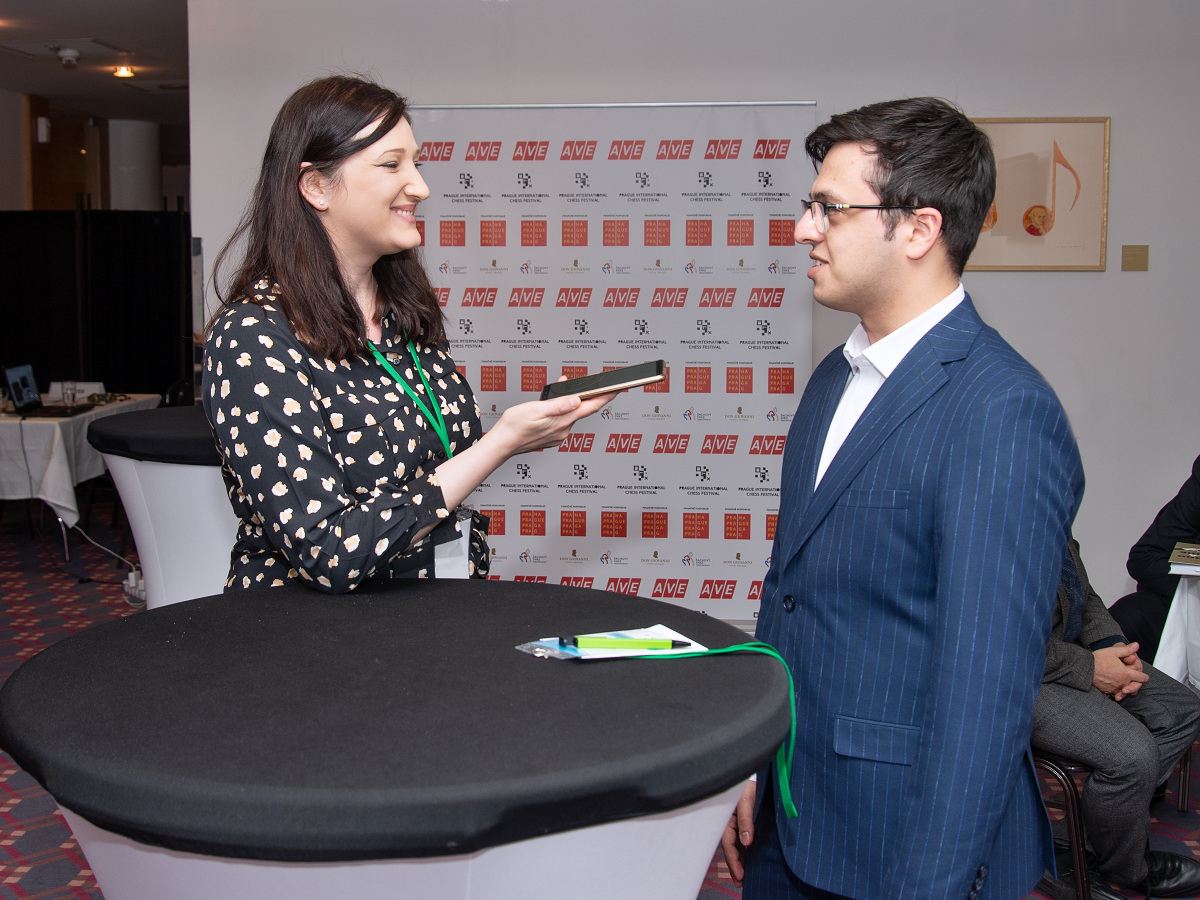 The underdog IM Lukas Cernousek scored his first victory and he couldn’t take the smile off his face: “I feel incredible! It was a very difficult game, I was in time trouble, and I think I was lucky. My position was good, but when you are short of time, everything is lucky even if you play well. After the opening, I spent more than 1 hour and I was completely exhausted. I was pretty sure I will lose this game.” 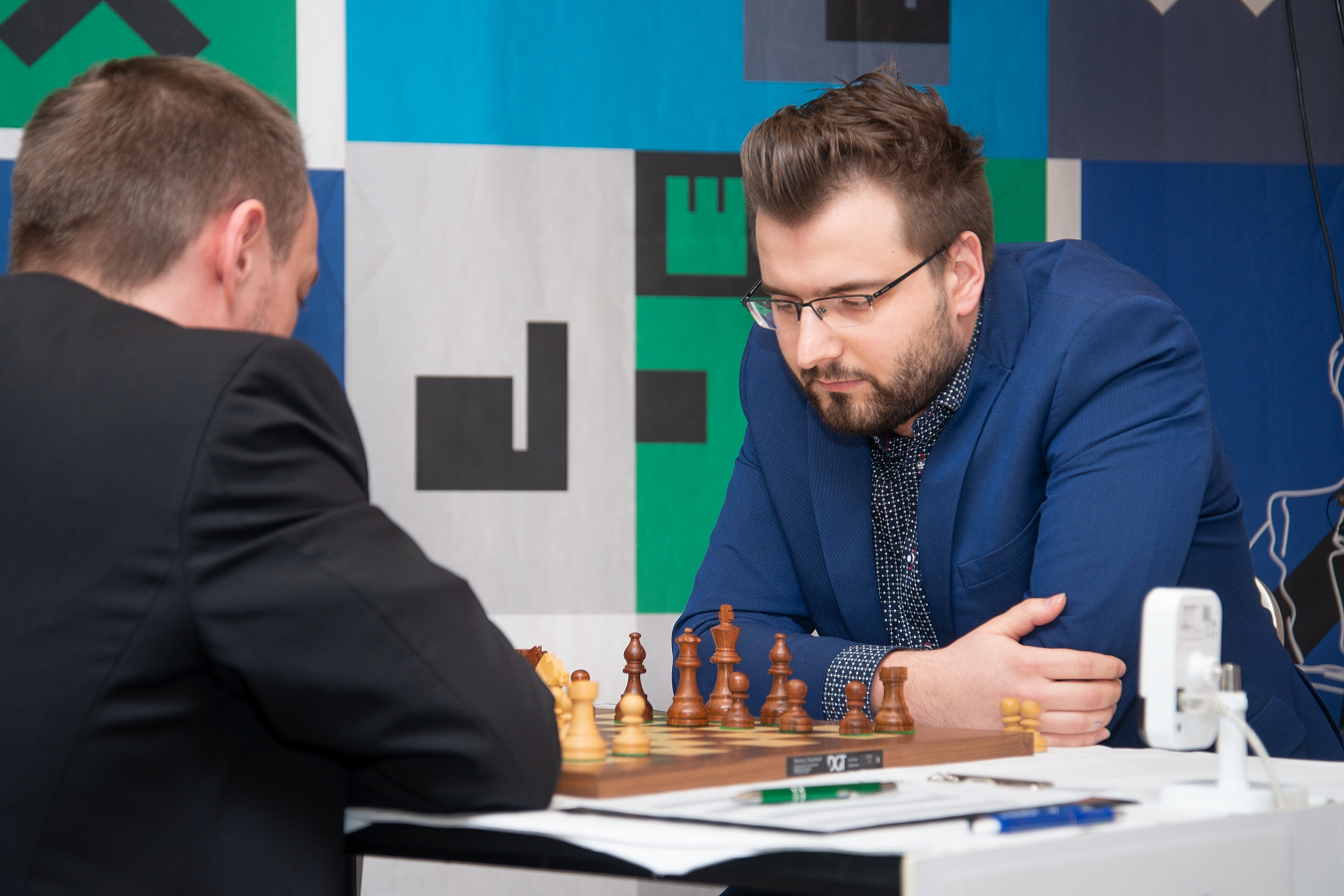 The 20-year-old Dutchman Jorden Van Foreest also managed to grab his first win of the tournament, as he defeated two years younger Van Nguyen after an interesting pawn sacrifice.

“The tournament was not going so well for me as I made five draws, and I wanted to try to win. At the same time, I didn’t want to extreme risk. I think what I did in the opening was a bit risky but also quite ok objectively speaking. Finally, we went to an endgame which I think was drawish, but somehow in time trouble he went astray a bit, and after the time control it was already very difficult for him to save the game” , said Jorden. 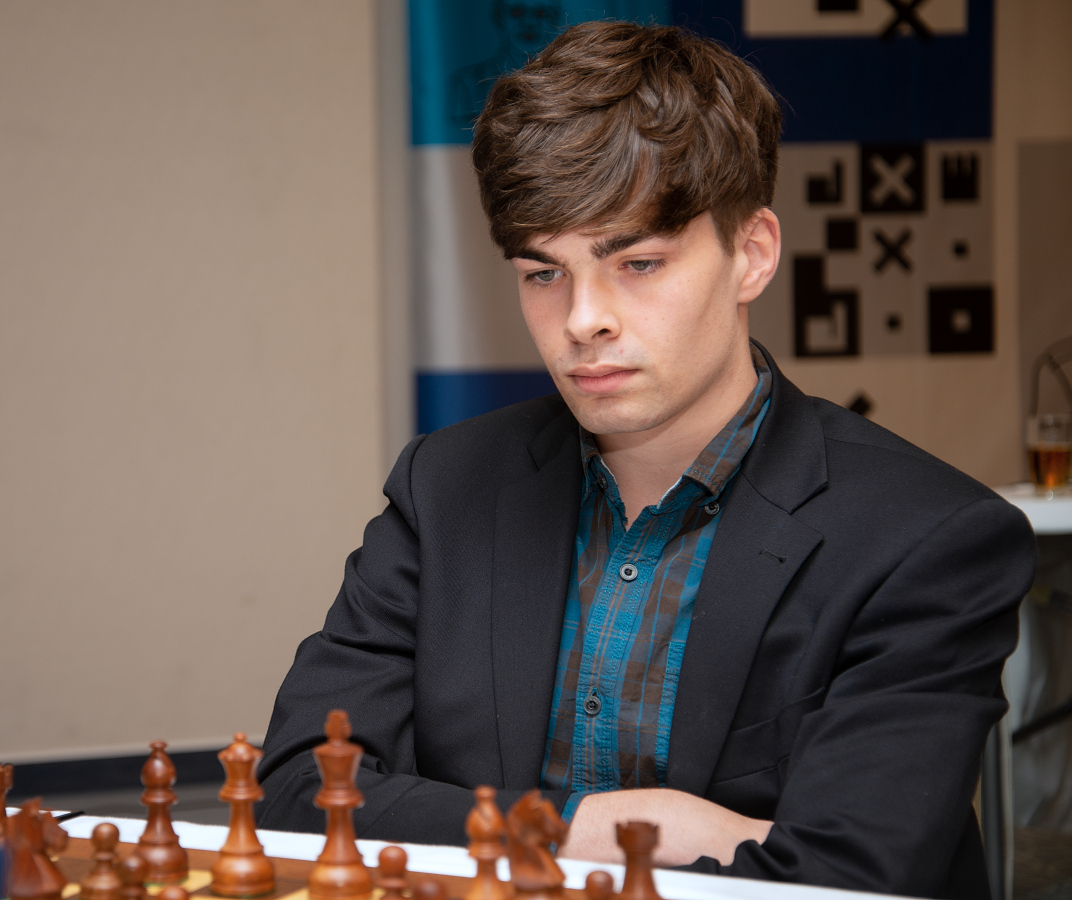 Round 7 of Masters, Challengers, and Futures, and round 6 of Open and Rating tournaments are on schedule on 19th February at 3 pm (CET).

Subscribe to our YouTube channel for daily reports and interviews with the players. Check out the photos from the Festival on our Media Page or on Zonerama .