Intense human stories related to Ukraine can be heard also at the Prague International Chess Festival. For example, Timofey Bokhnak who lives and plays chess in Přerov is looking forward to attending the tournament held from 7th to 17th June 2022 in Hotel Don Giovanni Prague as usual.

Let’s go several months back in time. The pre-Christmas tournament in the club room of Lokomotiva Brno had a surprising winner – only 15-year-old Timofey Bokhnak who represented Ukraine back then. In the 9-round fast chess tournament, he gained all (!) 9 points. You may be asking – where does this incredible prodigy come from?

“I started with chess when I was 5 years old back home in Ukrainian Chornomorsk. My grandpa taught me and after a month, my parents took me to the chess club. I like chess very much, often attend various international tournaments and I have won several Ukrainian competitions,” reveals Bokhnak. 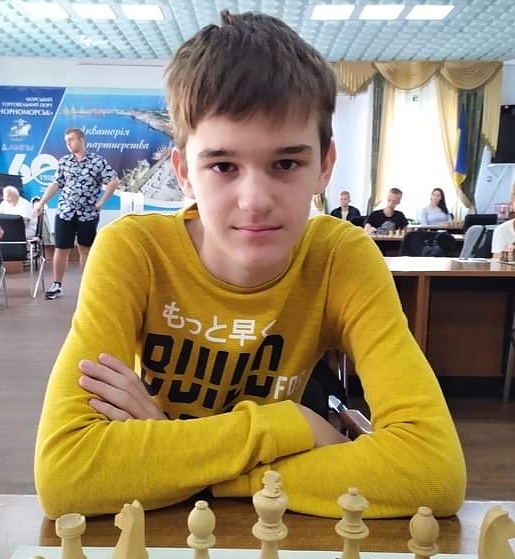 “After moving to Czechia I live in Přerov and since October of the last year, I play in the Vinary Chess Club. I would like to become a good GM,” says Timofey who has been playing handball since the age of six and in his free time, he swims, plays football, and cycles. The Russian aggression towards Ukraine was among the reasons Bokhnak switched the federation and currently he plays for team Czechia.

Another Ukrainian, a 70-year-old GM, and a former junior champion Oleg Romanishin shall also participate in the Open tournament. A Lviv native became famous not only for his game but also for his often-published bon mot: Power of a chess player – that is the power of their character. He was known for his aggressive playing style and for using rare, unusual, and sometimes even outdated systems. Among his mentors, there was also the world champion Mikhail Tal.

Names of the Futures tournament players have been also revealed. This tournament presents a platform for talented players up to 14 years of age to play on the main stage alongside GMs from the Masters tournament. “They gain extra experience, see the way GMs act, etc. During drawing for the closed tournaments we make pairs of the Futures player and of the Masters GM for them to get to know each other better,” explains the tournament director Petr Boleslav.

The Futures tournament shall also include the Ukrainian player Roman Kovalskyi who came to Czechia after 24th February of this year, the Polish player Pawel Sowinski, the Austrian player Peter Balint, Artjoms Tolmacevs from Latvia, and several promising Czech players led by 11-year-old Jiří Bouška who is often referred to as one of the greatest prodigies of the new chess player generation.