India published their national team nominees for the Chess Olympiad, which is going to be held in June in Indian Chennai. The star team will be led by Vidit Santosh Gujrathi who has just signed the contract about participation in the June Masters tournament.

Many fans can surely recall the dramatic finish of the 2nd year of the Prague International Festival when Vidit Gujrathi lost his clear lead in the last two rounds and the final shoot-out decided about this year’s Candidates Tournament participant, Alireza Firouzja. The India national team leader is, again, going to be among the favorites for the total victory of the Masters tournament. The same goes for the second-best player of the Indian national team Harikrishna, who’s going to play after a year break in the Masters tournament again. 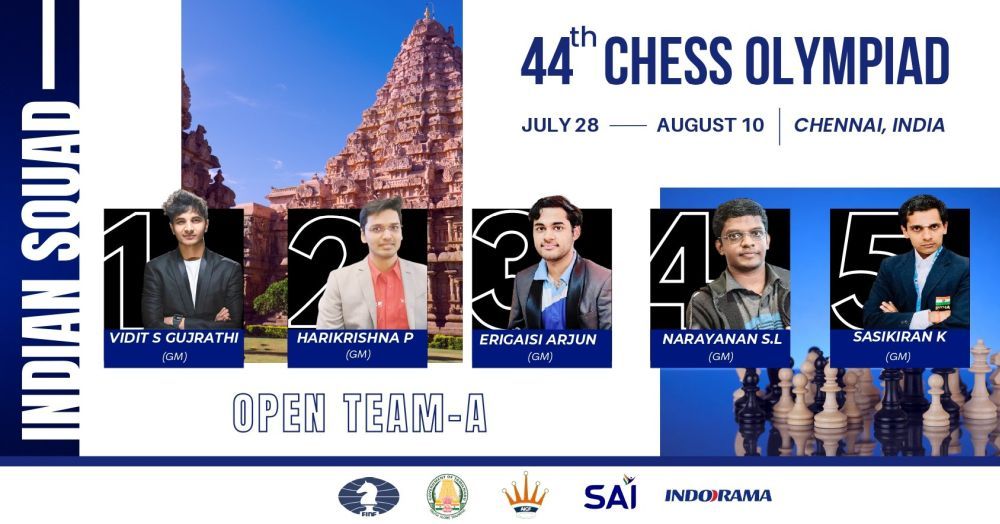 India has gained the first Olympiad bronze in its history in 2014 in Tromsø, Norway. The successful line-up was missing both of the aforementioned grandmasters, but one of the best performances was given by Krishnan Sasikiran who is going to be in the Challengers tournament.

There is only one name left to be published in the Masters tournament and it shall be published during May. Prague International Chess Festival will be held from 7th to 17th June 2022 in the four-star Hotel Don Giovanni Prague.