Slovakian no. 1 coming to the Challengers tournament

During the previous two festivals, the Slovakian national colours were represented on the main stage by WFM Viktoria Nadzamova, specifically in the closed tournament Futures for youth. This year, the Slovakian flag is going to appear also on a table for the closed Challengers tournament. Among ten players there is also the current Slovakian no. 1 GM Jerguš Pecháč. 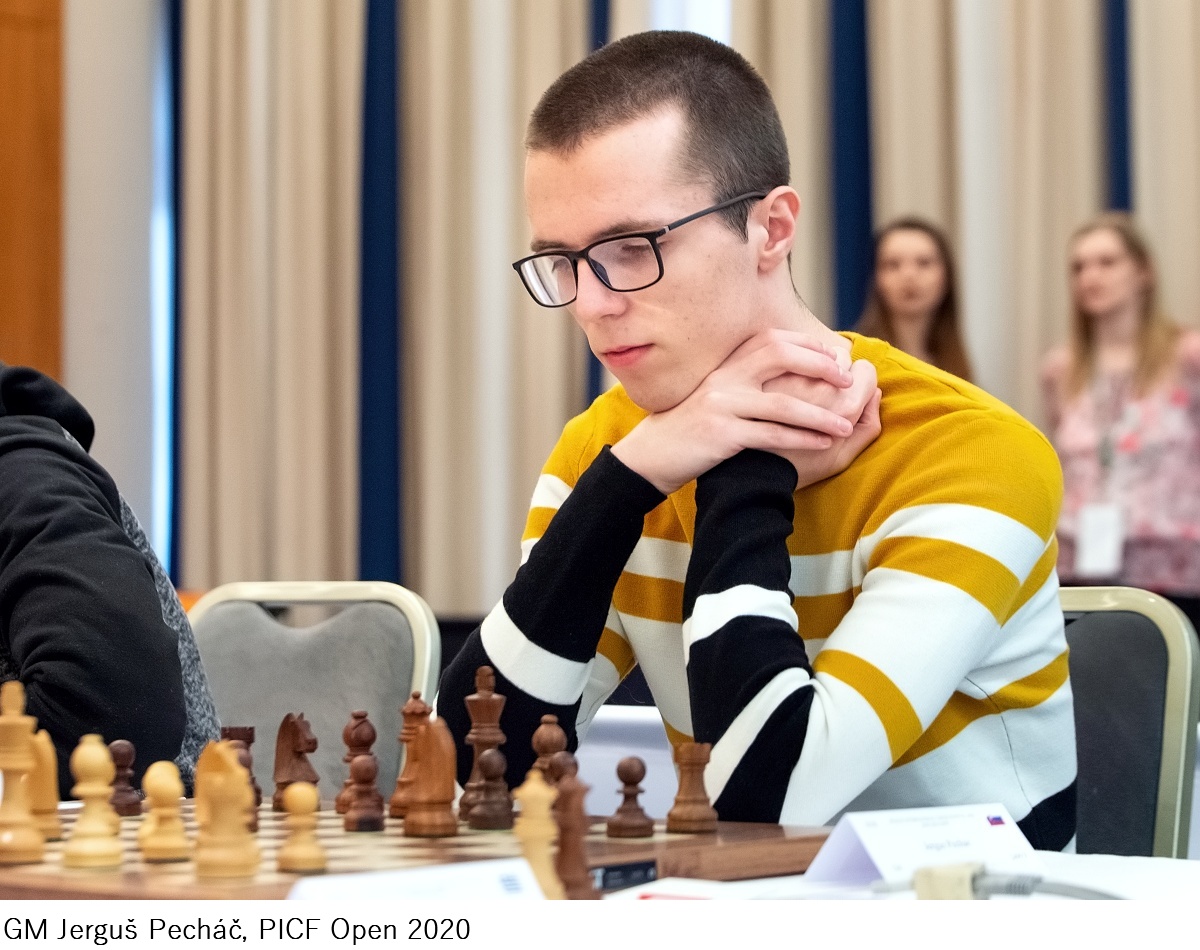 The GM from Žilina has been incredibly successful in the past 12 months. He managed to improve his rating by nearly 100 ELO points and on the 1st of April of this year, he is attacking the 2600 points limit in the FIDE ratings. “I happened to finish my studies successfully, and therefore I had more time to train,” says the 21-year-old GM, sure about where his success comes from. Jerguš’s premiere in the national jersey and as a number 1 happened in 2019 already during the European Team Championship in Batumi. Last year in Slovenia at the European Chess Championship he also led the Slovakian team on the first board and the Slovak fans gained some very nice memories, but not only thanks to his brilliant performance 4,5/8. “There are many memories. I liked the best our match with the Danish team which was the favourite for this match. We were able to correctly estimate the opponent’s news (already in the fifth move) on the second chessboard in the game of Druska–Thybo and were ready for it more than 20 moves in advance! Also thanks to this we confidently won the match, finishing with the score of 3:1,” remembers Jerguš Pecháč.

Similar to the national team, his premiere at the Prague International Chess Festival also took place already. In February 2020 he regularly visited the halls of the Don Giovanni Hotel, winning the silver medal in the Open tournament. He split the silver with the Indian GM Akash G as they gained the same number of points and the advancement to the Challengers tournament was missed only because of auxiliary rating. Were his advancement plans thwarted? “It was not my plan. I only came to the tournament because my friend Filip Haring called me, as he was looking for a roommate for his room,” smiles the Slovakian GM, explaining his view of the advancement system of the festival: “This system is brilliant. It gives players more motivation and also a unique option to play in the closed tournament against high-level and interesting players.”

For the Challengers tournament, eight names of the GMs have been announced. The GMs can win an option to advance to the Masters 2023. The remaining two names, whose bearers definitely shall be among the favourites for the medal positions, are to be announced in the middle of April.