The Czech Republic Chess Federation has published the nominees' list for this year of the Prague International Chess Festival. The closed Challengers tournament shall see GM Peter Michalík, GM Zbyněk Hráček and GM Jiří Štoček. The organisers decided that the GM Van Nguyen shall play in the Masters group by the side of the Czech nO. 1 David Navara.

The last year’s first participation of GM Thai Dai Van Nguyen in the Masters tournament did go really well indeed. Van Nguyen won seven rounds against much more experienced opponents and with the final 50 %, he finished in fourth place! The points he gained came in handy in helping him to reach the magic figure of 2600 ELO points. He accomplished that in December 2021.

GMs Jiří Štoček and Peter Michalík visited the Challengers arena back in 2019 during the very first year of the festival in the Don Giovanni hotel. Peter Michalík shared third place with the world champion Ju Wenjun and Jiří Štoček who gained half point less ended in fifth place. “I remember the festival was great. I had an opportunity to take part in the first year and considering Czech conditions, this was (and still is) an extraordinary event. The whole festival feels like a super-tournament and really is unprecedented in Czechia. Plus, I was able to pull out really good games and as one of the outsiders I ended up on the shared 3rd–4th place, having managed some really good wins. Among others, I defeated the tournament winner and a young superstar Praggnanandhaa. The management of the entire event was brilliant,” recalls the current Czech blitz-chess champion Peter Michalík. And what are his goals for the tournament-to-come? “I don’t have any specific goals. One thing is clear, I have 9 difficult games ahead and I’ll have to adapt to every game. The only goal coming to my mind I’d like to strive for is trying to enter the tournament with the best preparation possible and in a good shape. If I manage to win some more games, I’ll be more than happy,” Michalík foreshadows with a smile. 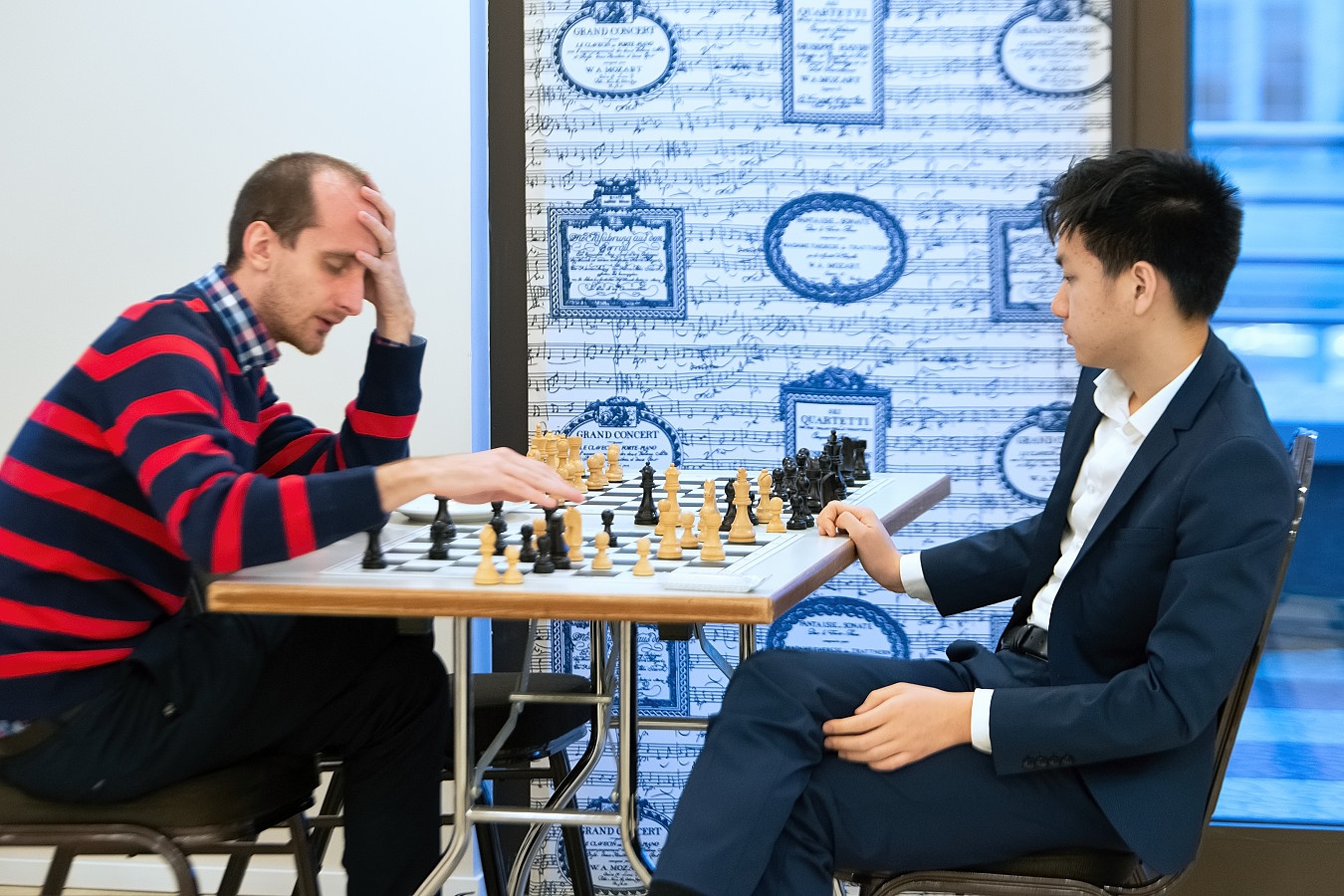 To Jiří Štoček, the nomination came unexpectedly. “Yes, I am surprised, but in a good way, of course,” Štoček confirms. “The years 2018–2020 were quite successful for me chess-wise, but I can’t say the same about the time from summer 2021, after the end of the forced covid break. I had a good game here and there, but to be fair, these months were one of the poorest in my long-time chess career. The invitation to the tournament encourages me to try and get to some kind of a radical turning point as soon as possible.” 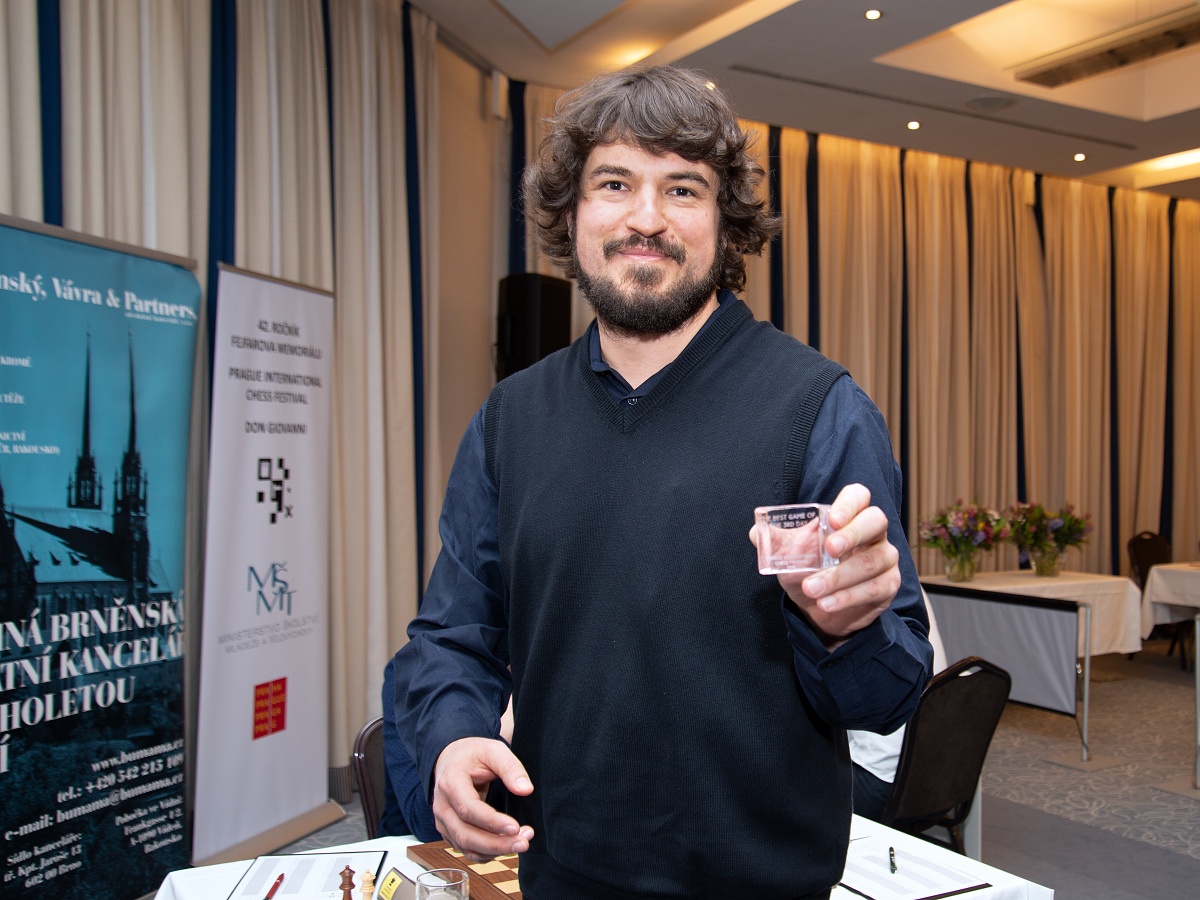 But even Jiří Štoček, as the regular of top places in Czech ratings and long-time national team member, remembers the tournament fondly. “In 2019 I was honoured, not surprised, with the invitation. On the other hand, I realized before the tournament in time that a long-time satisfying shape was coming to some kind of a local minimum. And I set unusually humble goals for my results, to win at least 2 games and to gain at least half of the total points. This very basic goal, i.e., avoiding an obvious failure, was reached, nothing more. The overall tournament atmosphere made a great impression. This year I would like to play more freely, whatever the outcome on the scoreboard might be.”

The most experienced Czech participant is without any doubts GM Zbyněk Hráček, but talking about his participation in the Prague International Chess Festival, he is going to be a newbie. “I knew beforehand that my nomination for this tournament is one of the options and I agreed,” says Zbyněk Hráček. He can be expected to face younger opponents, in some cases significantly younger. We asked him whether he has a strategy for the tournament? “Last 20 years, if not more, I usually face the younger opponents, it isn’t anything new for me,” points out the Czech national team member and adds: “But you’re right that the difference is getting bigger rather than smaller. I will try to use the things in which I’m better than them in my favour, but I don’t have a specific strategy for this tournament. As far as I can remember, I’ve never had any.”

The task of nominating Czech players to this year of the festival was given to a newly appointed captain of the Czech national team, GM Pavel Šimáček. It can be tricky to find your footing within such a short timeframe. Did he have a clear idea about the nominees right from the start? “I didn’t have my nominees instantly, I was thinking about suggesting some young and fresh players who have made great progress lately. But I concluded that the performance difference would be way too big,” answers Pavel Šimáček and adds the main reason which led him to choose these players: “I decided to nominate the players who are, at least at this moment, the closest to the final nomination for the Olympics.”