The 3rd round of the Prague Chess Festival was opened by the symbolic move made by the legendary Grandmaster Vlastimil Hort in the game Vidit vs Ragger. 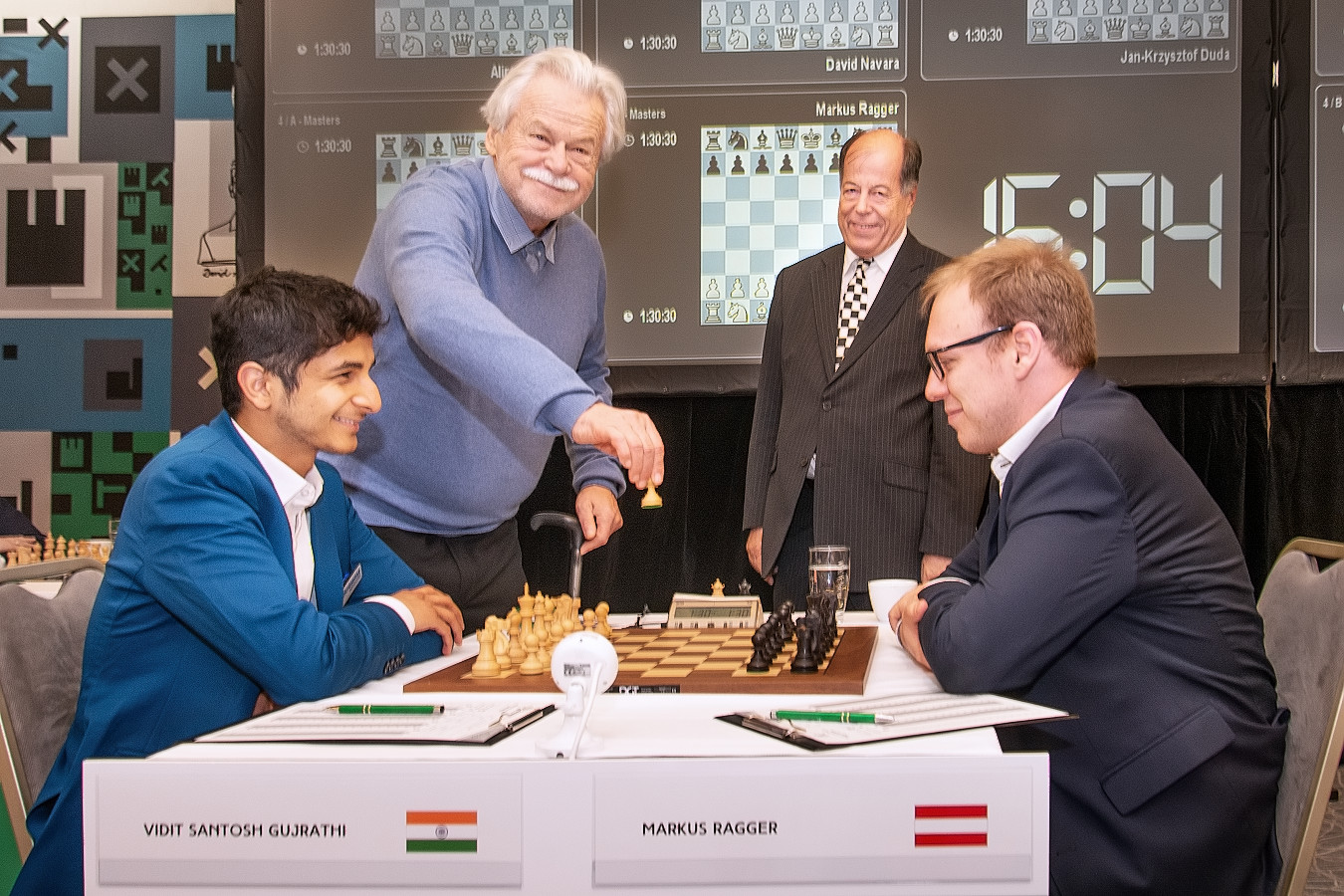 The winner of the best Game of the Day prize was Polish young star Jan Klimkowski from the Futures event, who was awarded for his victory against Karel Brozka in the 2nd round. 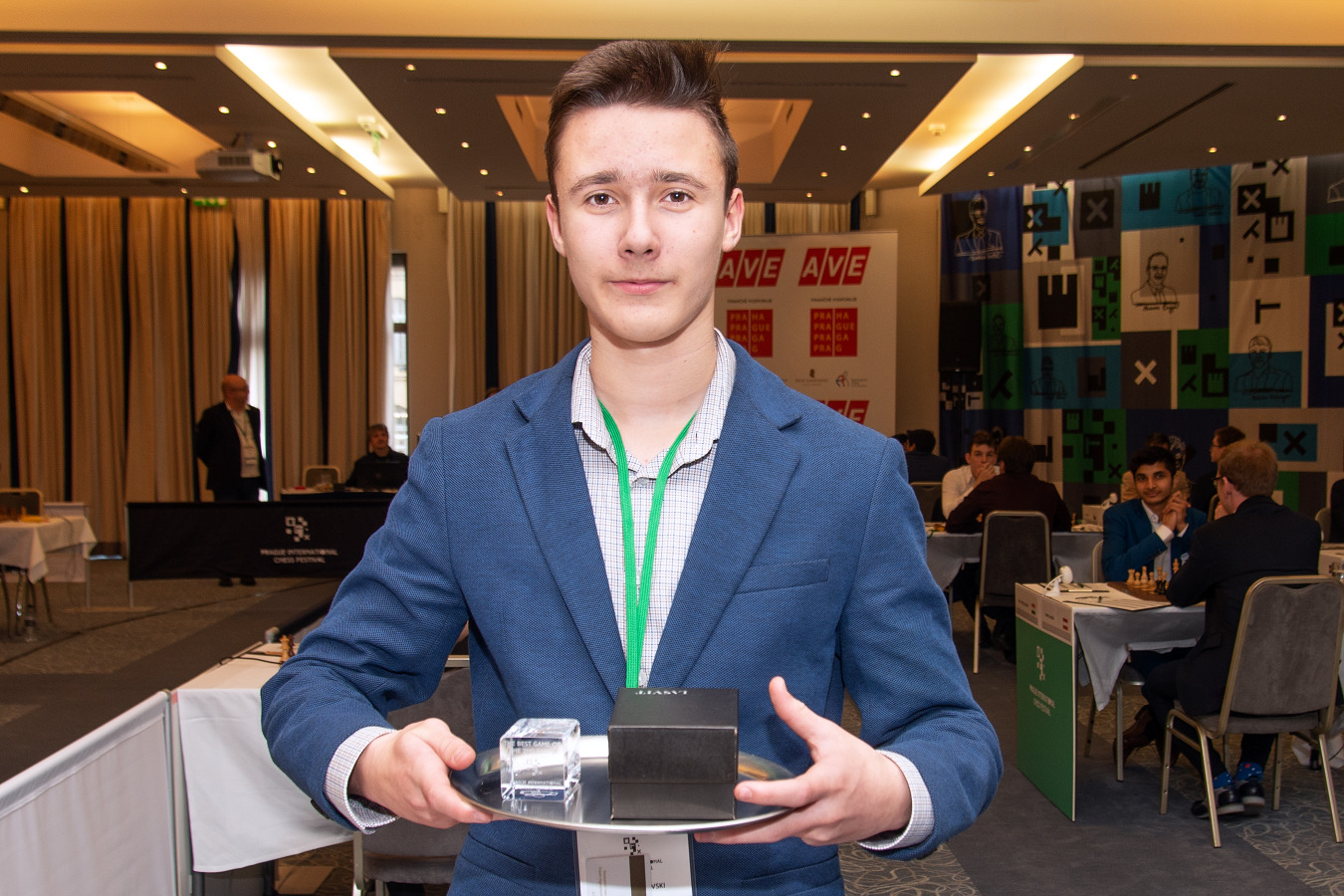 Jan Klimkowski with his award

Today we again saw many interesting and exciting games, but this time with several decisive results.

The first to win was Alireza Firouzja who defeated Harikrishna Pentala in Ruy Lopez with White pieces. It was a pretty easy win for the young GM because he was much better prepared.

“It was a normal Ruy Lopez, but he shouldn’t have taken on b5, but on b3 instead. It is known in such structures White always has pressure and it is difficult for Black to defend. His last mistake was perhaps 23...f4, because with this move he closed the King’s side. Instead, he has to keep the tension in the center, maybe take on e4 perhaps”, commented Firouzja after the game. 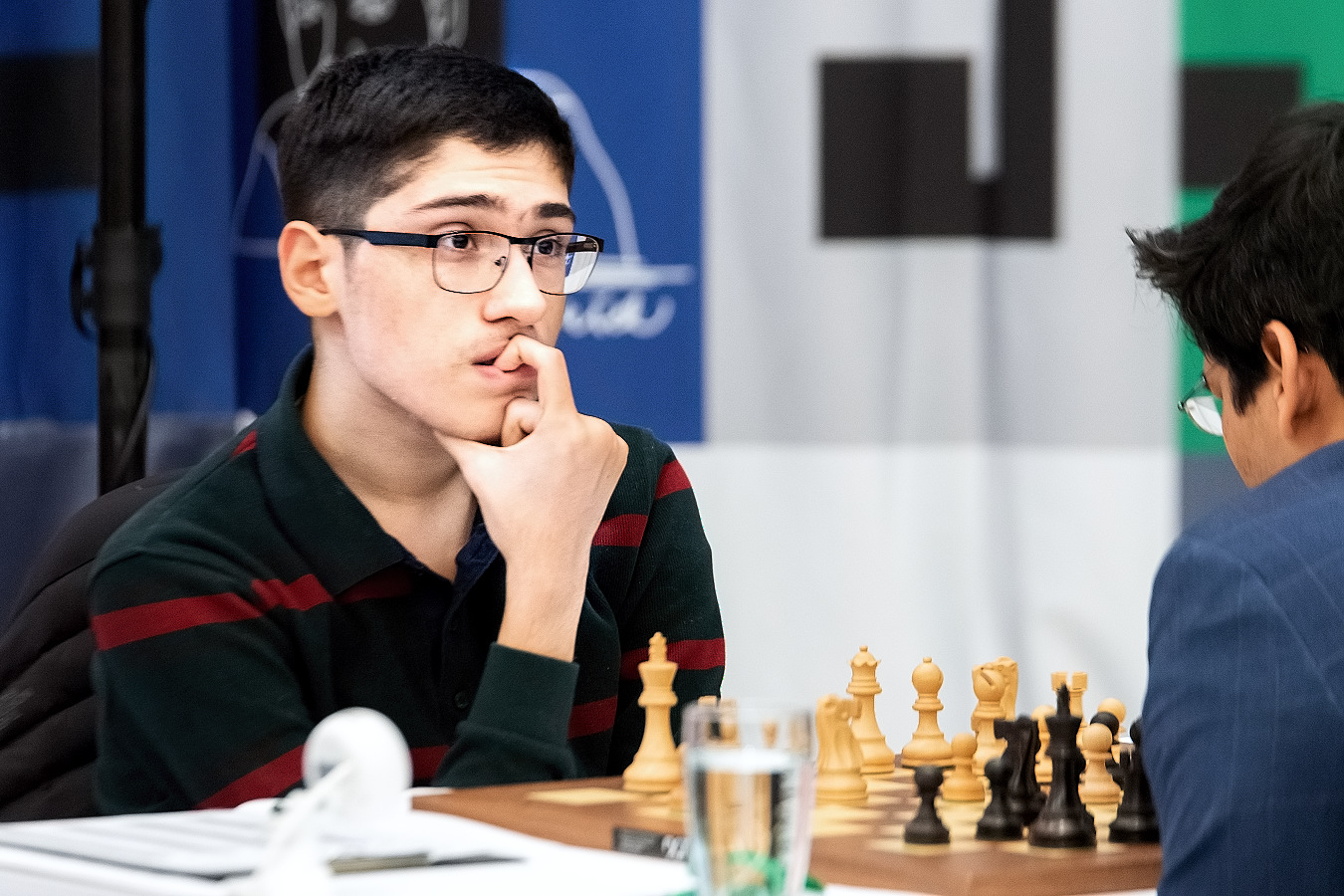 The second winner of the Masters group was David Anton, who defeated Czech #1 David Navara. The game was complicated and went into severe time pressure, out of which Anton emerged as a winner.

“I think I was slightly worse in the beginning and he was surely pressing. Later on, I managed to defend and equalize, but the position got complicated, and at that point, time was the key. We were both in time trouble and I just played better than him and managed to win. I am satisfied with my play so far, the result is not so good, but I played good games”, said Anton .

Unfortunately for the Czech fans, this is the second loss for Navara, and that too with White pieces. David is widely known in the chess world as one of the kindest players, a true gentleman, and even when he is losing he tries to keep up with good spirit, so we are sure he will find the strength to strike back.

In the game between Vidit and Ragger, White had a more pleasant position from the opening, and Black had to be very careful of the trades he made. After this win Vidit emerged a leader with 2.5 points, ahead of Vitiugov, Firouzja, and Duda.

Vidit shared his thoughts after the game: “The opening we played is quite popular right now, 7.Be3 and 8.Nf3, because Carlsen played it three times and scored two wins I think. I checked it, and I think my opponent did not remember his analysis, so he got into a slightly uncomfortable position. His pieces were very passive, and I had the initiative and was pressing. He decided to give a pawn and get some counterplay, but it was probably not enough. If he has some equality, he has to be very precise, at least in the game, it felt like White was in control.”

The game between Vitiugov and Grandelius ended in a draw, but it was rather promising for Black, who will surely have some regrets.

Vitiugov: “I think 4...0-0 was a nice move to avoid Bb5+ in some lines. Afterwards, he came up with nice idea Nh5-Nf4, and I think Black at least equalized after the opening. I don’t think I had any sort of advantage throughout the whole game. In the time trouble I was definitely worse, even lost perhaps, but I somehow found a nice idea 33.Be4, which is easy to miss, and after that, I think the position where we agreed to a draw is just equal”, said Vitiugov. 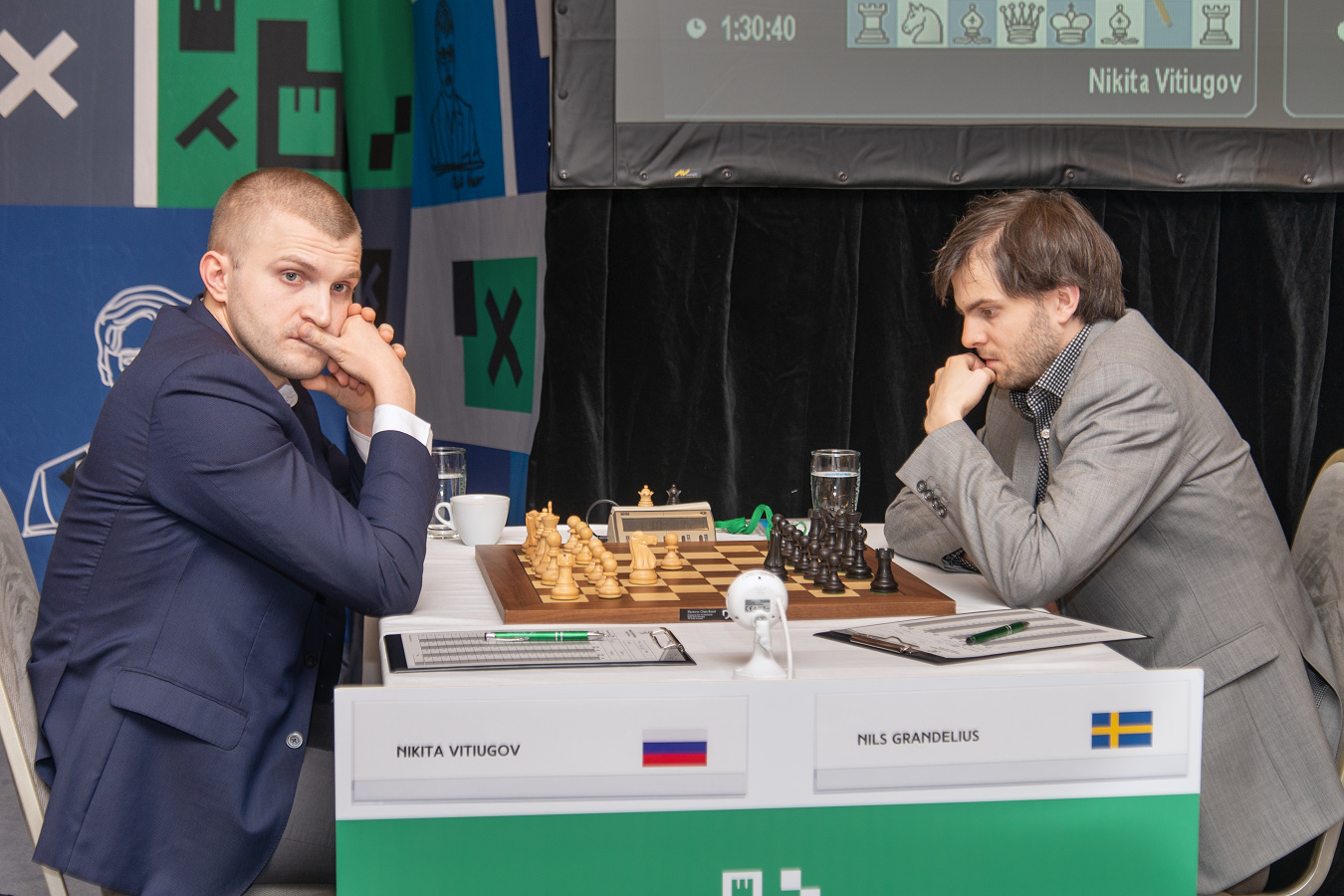 One of the craziest games so far was definitely between Duda and Shankland. Despite sharing the points, the two Grandmasters have surely put on a great show for the spectators and chess fans all over the World.

In the Challengers group Stefansson won the second game and became the leader of the tournament with 2.5 points. 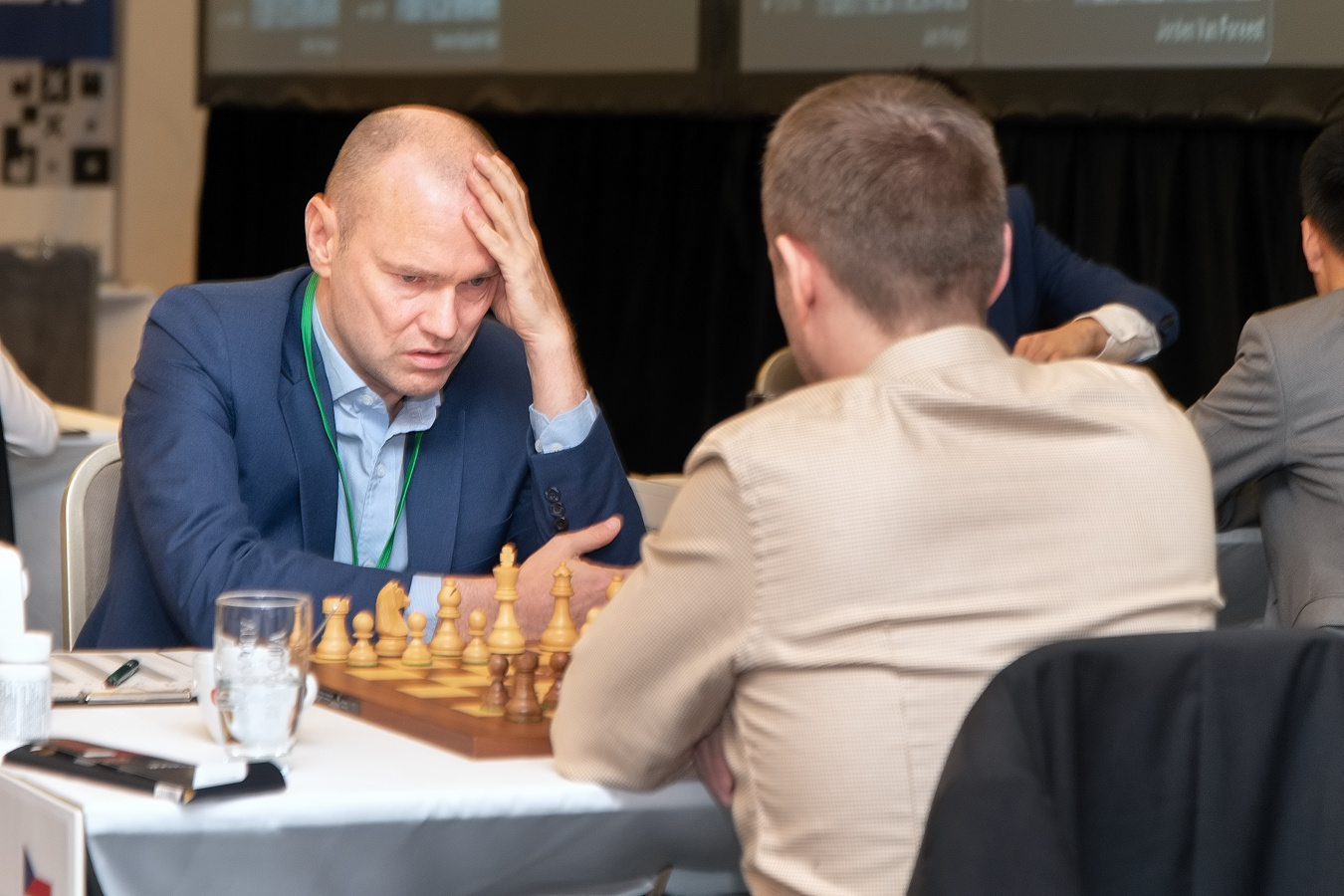 Esipenko: “Again I had a very complicated game. In every game so far I had bad positions, but today I got some chances. My opponent missed two times, which helped me to win the game.”

Polish Grandmaster Mateusz Bartel was pressing against Van Nguyen, but eventually had to settle for only half a point.

Bartel: “I decided to go for 4.Bg5 to avoid Ragozin, and I think my opponent forgot what his preparation was, because he told me, later on, he was checking something else, but instead he went for 4...dc4, and he was quickly out of the book. I decided to go for an endgame, I felt it was difficult to play it when you are young like my opponent today was. And it proved I was right, because quickly he got into dubious position, and even with a pawn down I was really pressing. At some point I thought I was close to winning, but I actually don’t know where my advantage slipped. The fact is that Nguyen defended very well. Our today’s game was similar to last year, that time I was pressing, but he calculated everything until the end and saved the game. I am not really disappointed, but there was probably a chance to get a bit more.”

Tadeas: “My main goal today was just to somehow get back because after the first two games I felt like I kind of forgot how to play chess. I was much better in both of those games, and I just lost the thread in two critical moments and that was it. Today I think Jorden had chances to get an edge, but he overlooked 19...Ba6  after which he got a really bad position. At some point, I was probably winning but I somehow wasn’t able to focus on winning, because I just wanted to get back into the tournament and make a draw. After all, he is one of the top seeds.”

In the Futures Vagman defeated Klimkowski, Nemec was better than Bayaraa, and Aydin defeated Brozka in 87 moves with Black pieces. Games Gurel vs Nadzamova and Finek vs Kanov ended in a draw.

The favorites started strong at the Open tournament, and there were not many major upsets of the 1st round. Czech player Dusan Dobes managed to draw with the 2nd seed GM Nikita Petrov from Russia, and Daniel Gurack (GER) took a half-point from GM Aman Hambleton (CAN). Probably the biggest upset was the victory of Olivier Troffiguer(FRA) against Thomas Rousell-Roozmon (CAN). Women players Shuvalova, Hoang, Kubicka, Paasikangas-Tella, Rodshtein, Kanakova, Dwilewicz,  Petrova and Danelia also started the event with victories.

Results, standings, and pairings of the open tournament can be found on Chess-Results .

Saturday's program will be enriched with the lecture  " How Václav Havel played Chess" where Grandmaster Lubomir Kavalek remembers the first Czech President. It was he who organized a grandmaster tournament in Prague 30 years ago, to which a special exhibition on the ground floor of the Don Giovanni Hotel is dedicated. And Václav Havel opened the tournament. “ He played chess a little kid, which is clear from his successful play at the Garden Party. There, the main character plays chess with himself. I also learned from him that he used chess in prison when he was locked up under the previous regime. When he needed to exchange information with someone, he would play chess with him. The guards would leave and they could speak freely. And when the guards returned, they would turn the conversation back to chess”, remembers Kaválek. Havel also played a game with Bessel Kok at the beginning of the 1990 Prague tournament. 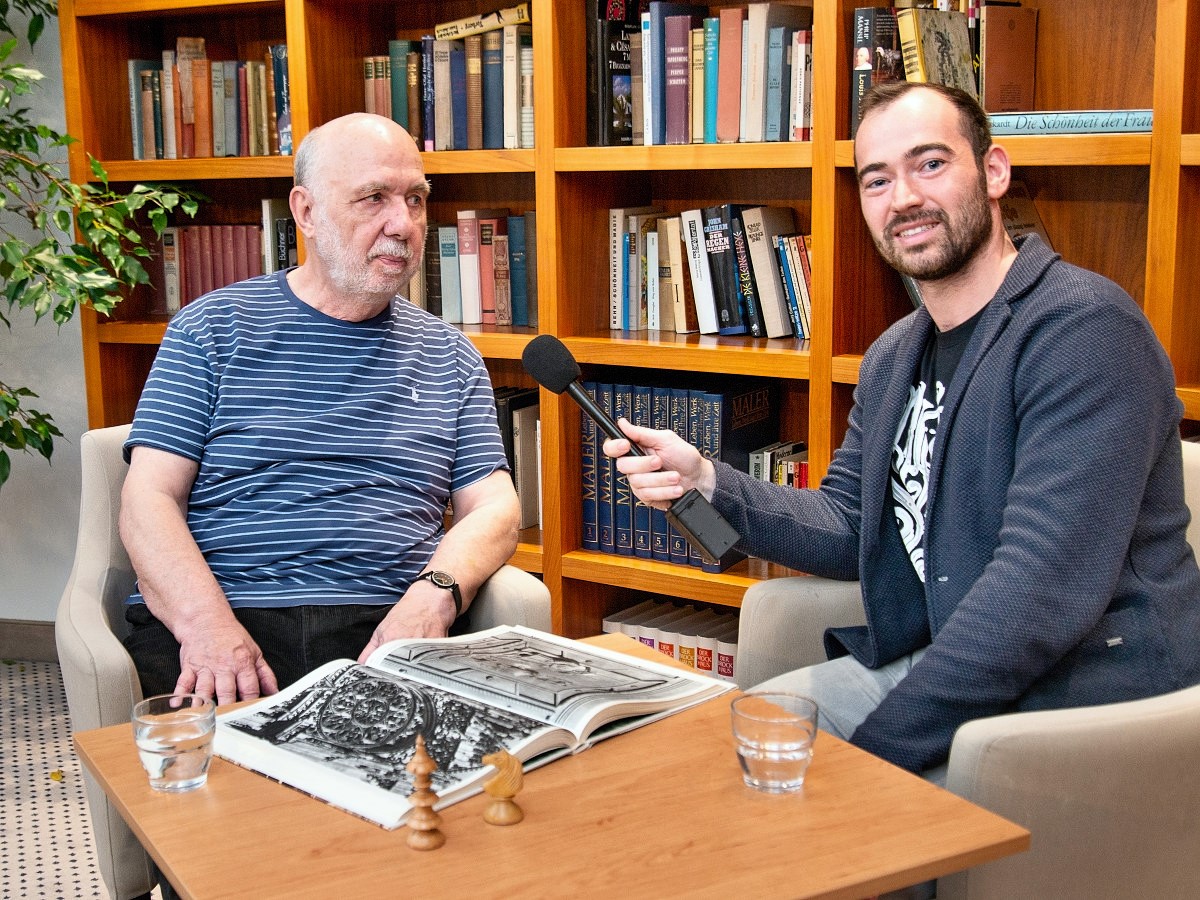 Round 4 of Masters, Challengers and Futures, and round 2 of Open and rating tournaments is on schedule on Saturday 15th February, at 3 pm (CET).