The battles continued today in Don Giovanni Hotel in both Masters and Challengers groups. As the Festival is approaching to an end, the things are heating up, especially in Challengers section, where promotion to the next year's Masters is at stake.

Legendary Czechoslovak-born Grandmaster Vlastimil Hort was a special guest today in the playing hall, and he made the symbolic first move in the game Alexei Shirov vs Ju Wenjun. 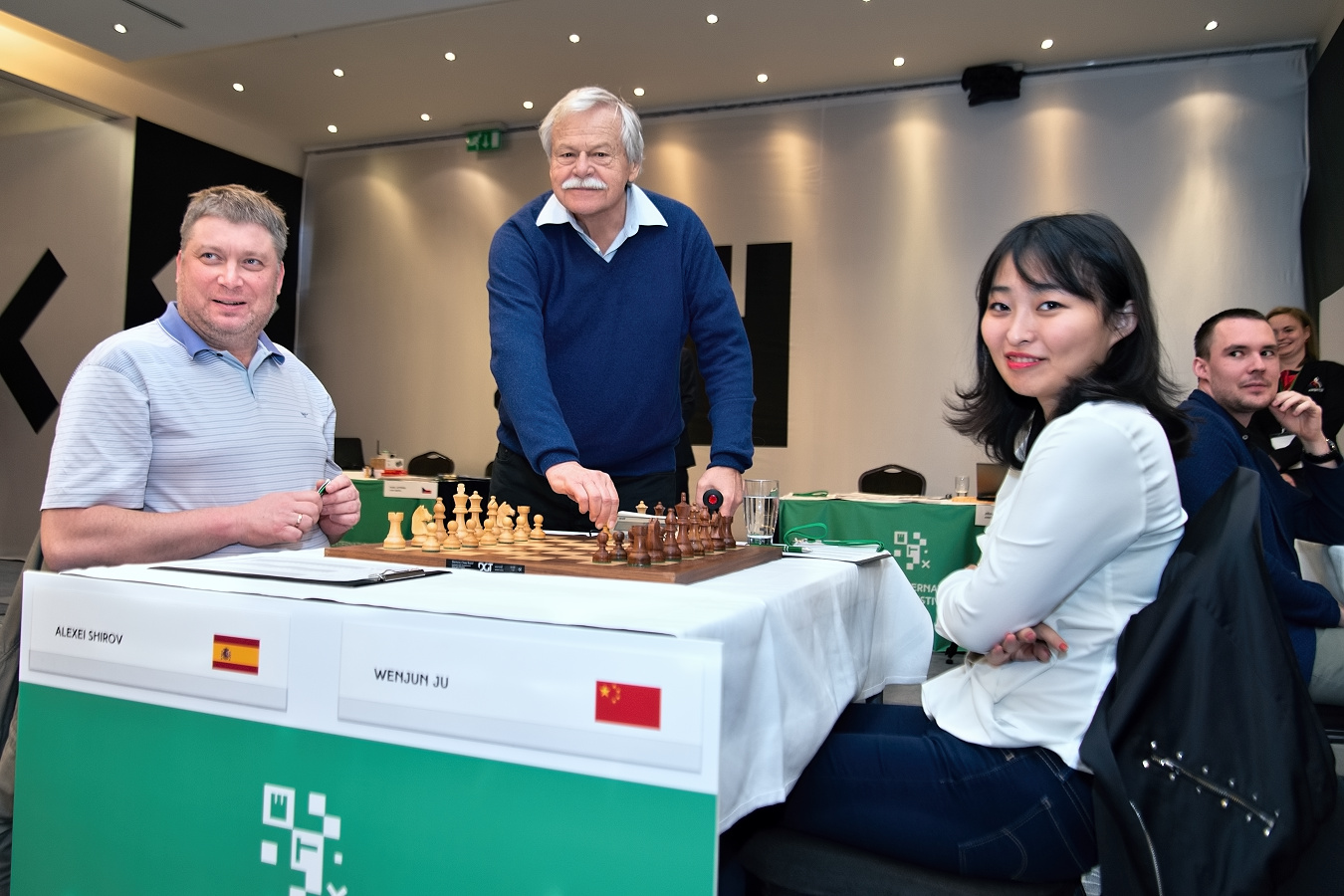 R.Praggnanandhaa was again awarded for the best "Game of the Day", for his victory against Alexei Shirov in the 6th round of Challengers. Also, before the round started, the Deputy Arbiter Jiřina Prokopová performed a random security check in the playing hall, on Jan-Krzysztof Duda. Everything was done in a professional way from both sides, and, of course, Duda was clear! 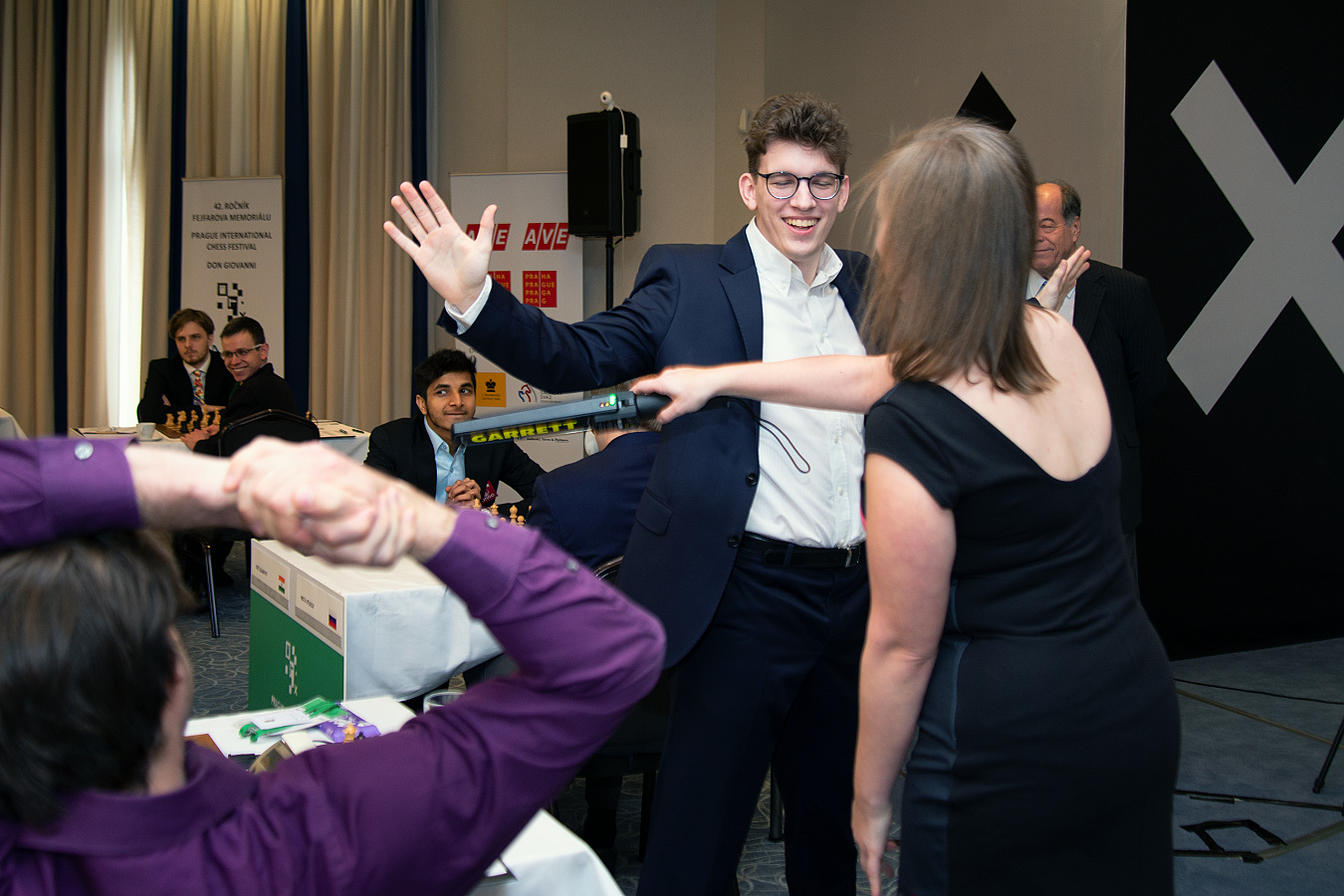 All the games in Masters section ended in a draw. First to finish were Wojtaszek and Gelfand, followed by Gujrathi and Vitiugov. Duda and Shankland also agreed for a draw in an equal Knight vs Bishop endgame. There was an interesting positional Queen sacrifice by Harikrishna against Laznicka, but even this wasn't enough to spice it up a bit in the Masters. 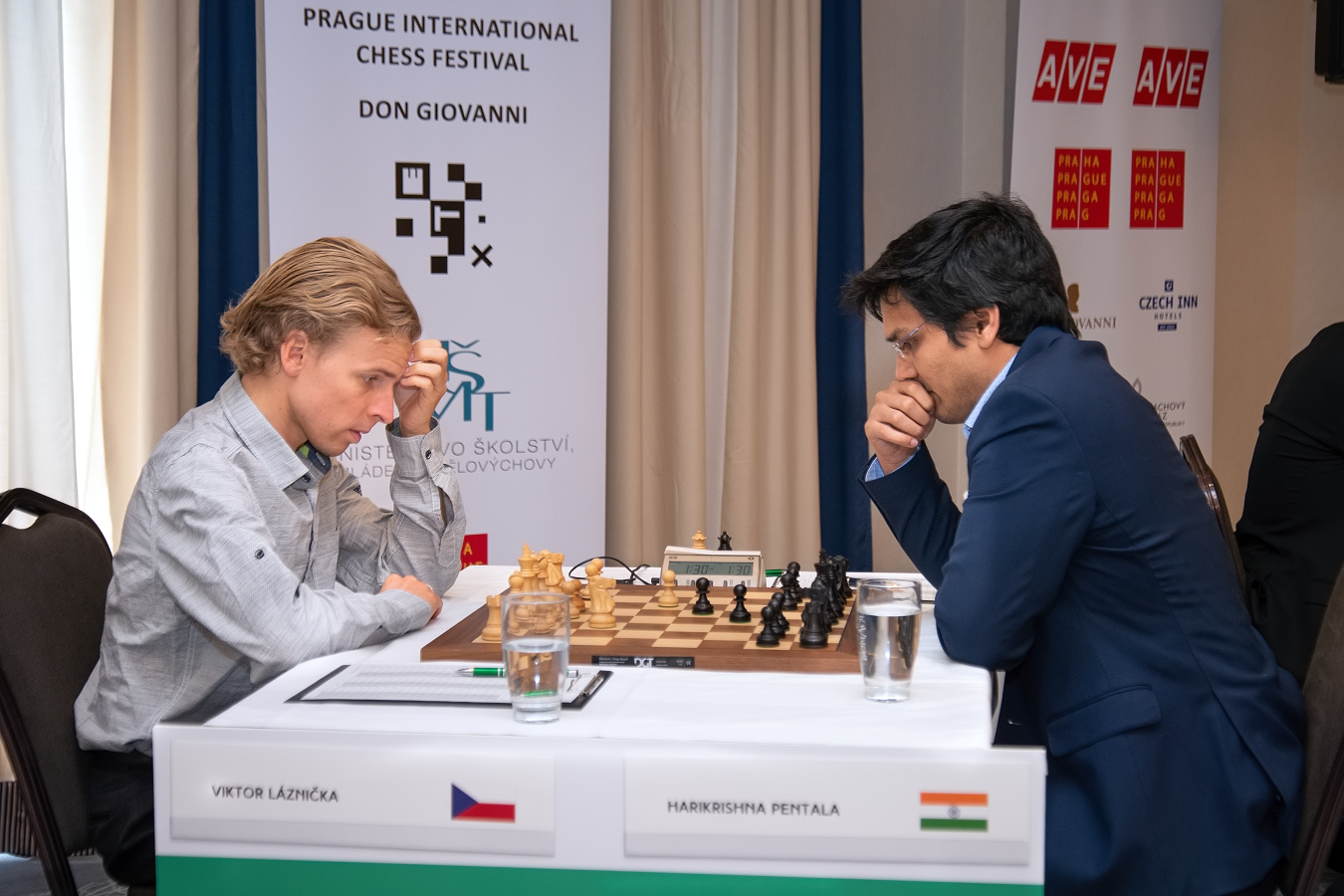 Rapport vs Navara was the last game in Masters to finish. The Hungarian was pressing and just when it seemed he will be able to squeeze out the victory, Navara defended correctly even in the time trouble, and the game ended in a theoretically drawn position.

The standings remain the same, Duda leads with 4/7, followed by Vitiugov and Wojtaszek with half a point less. Three rounds are to be played, so still many things are open, and we might expect some dramatic finish in the Masters. 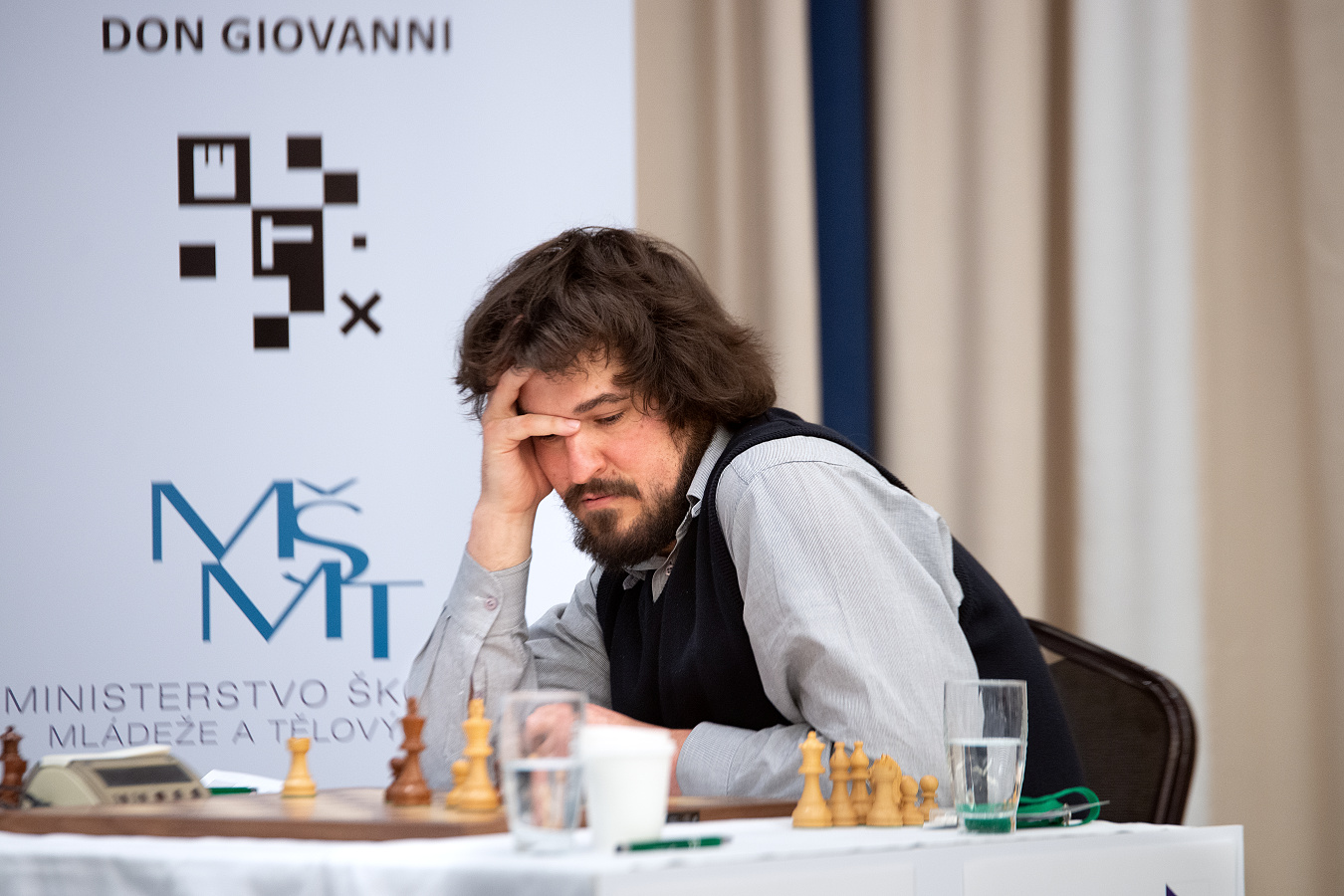 Quite opposite, in the Challengers event all games finished with the decisive result. Spectators and chess fans in the playing hall were thrilled to be a part of the fighting atmosphere and to observe fire on the board today in the playing venue.

Alexei Shirov was in full element today, as he scored a crushing victory against Women's World Champion with White pieces. Anti Nimzo-Indian was played and very soon Ju started facing some problems. As the game went on, she decided to take the central pawns and underestimated the White's attack. Known for his explosive chess, Shirov brutally punished this decision to finish the game in style. 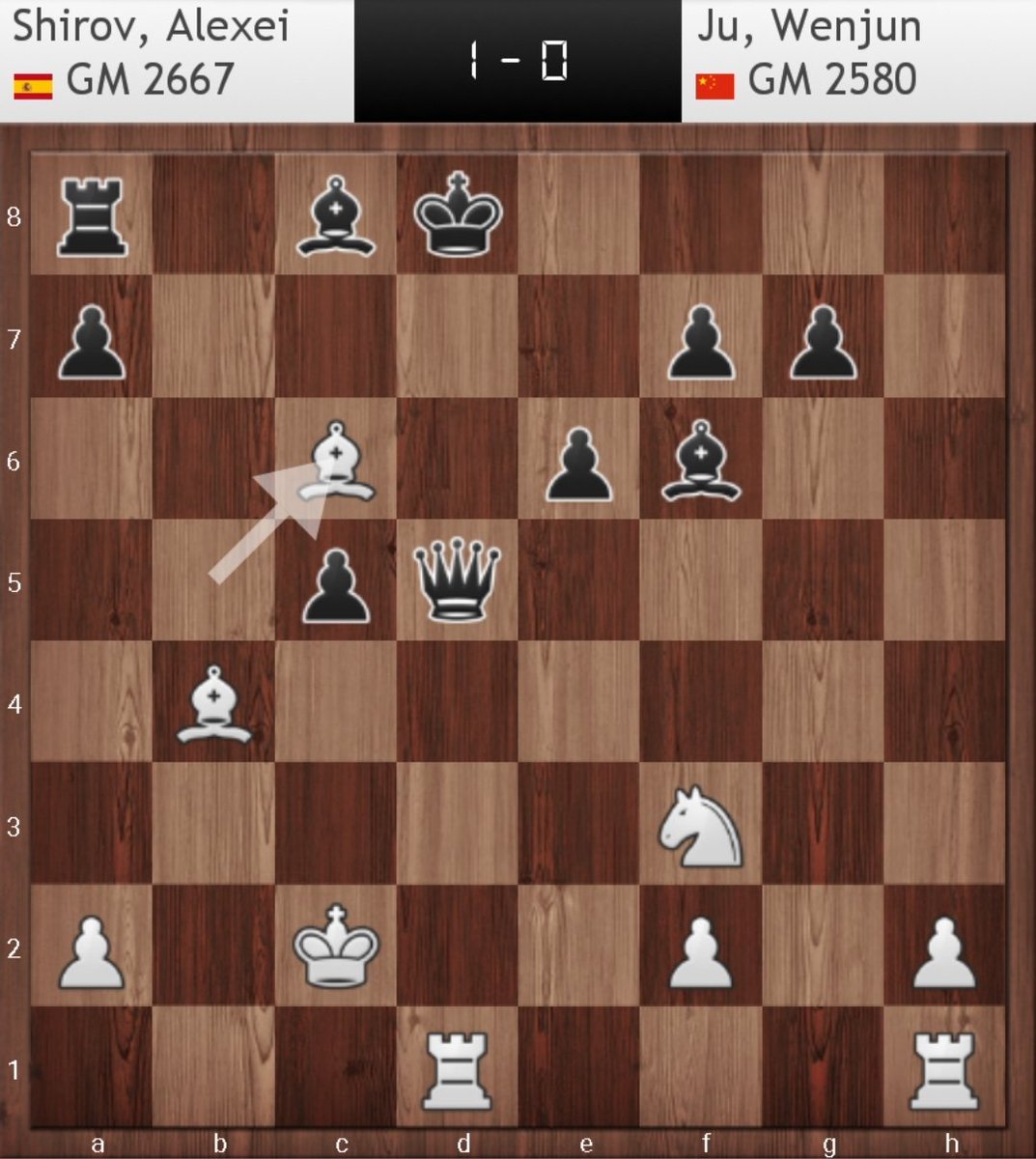 Jan Krejči scored his third victory, as he beat gamesome Praggnanandhaa who was also on the winning streak. Important victory went to David Guijarro, who is now in joint lead with Krejci with 4,5/7 with two more rounds to go. David Paravyan defeated Peter Michalik with Black pieces in Najdorf. The position was complicated, and it was Black who came out of the middle game with the edge. Michalik was struggling to maintain the position, and the last blunder just after the time control decided the game. 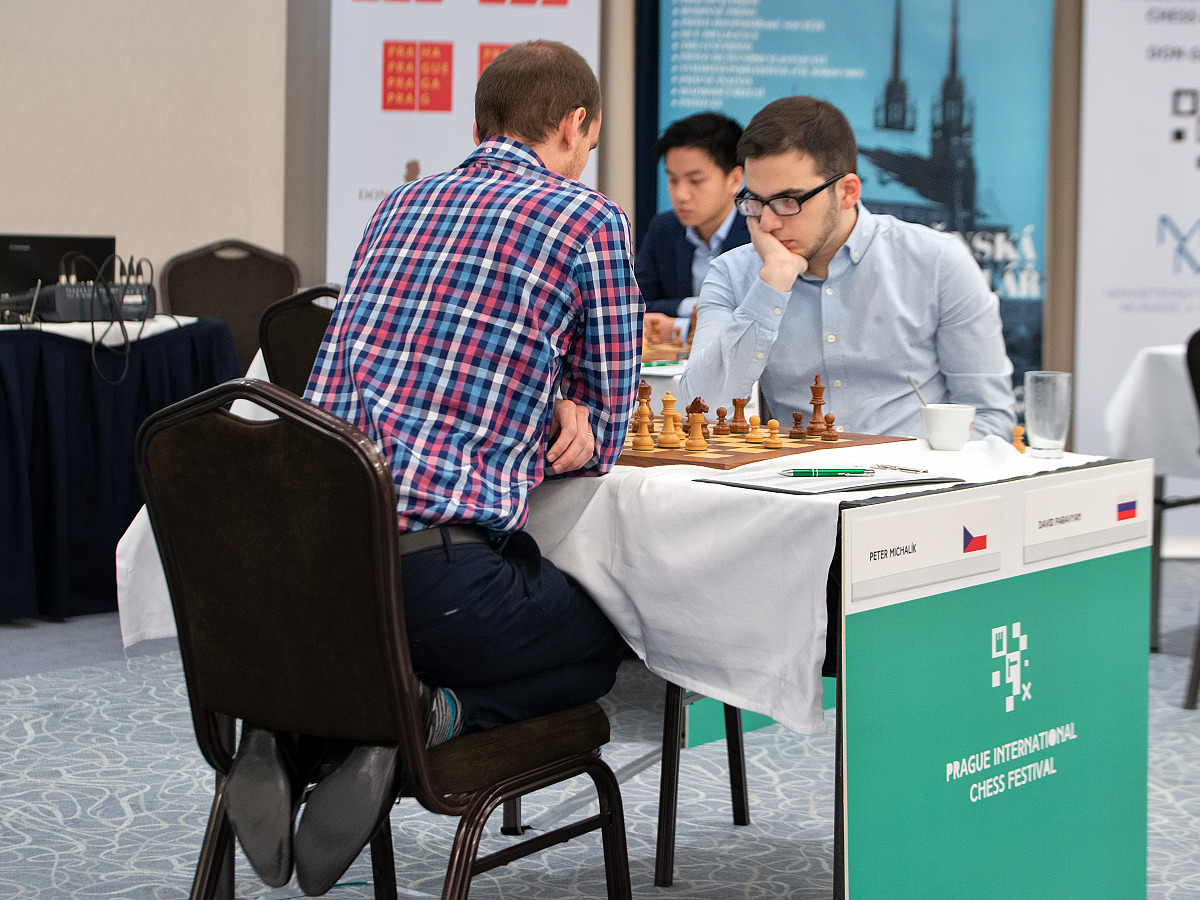 Last game to finish was Bartel vs Štoček, which ended in Black's favour. Bartel had the advantage from the opening, but with few incorrect exchanges of pieces he ended up in worse endgame. Štoček played well in crucial moments and deserved a full point. 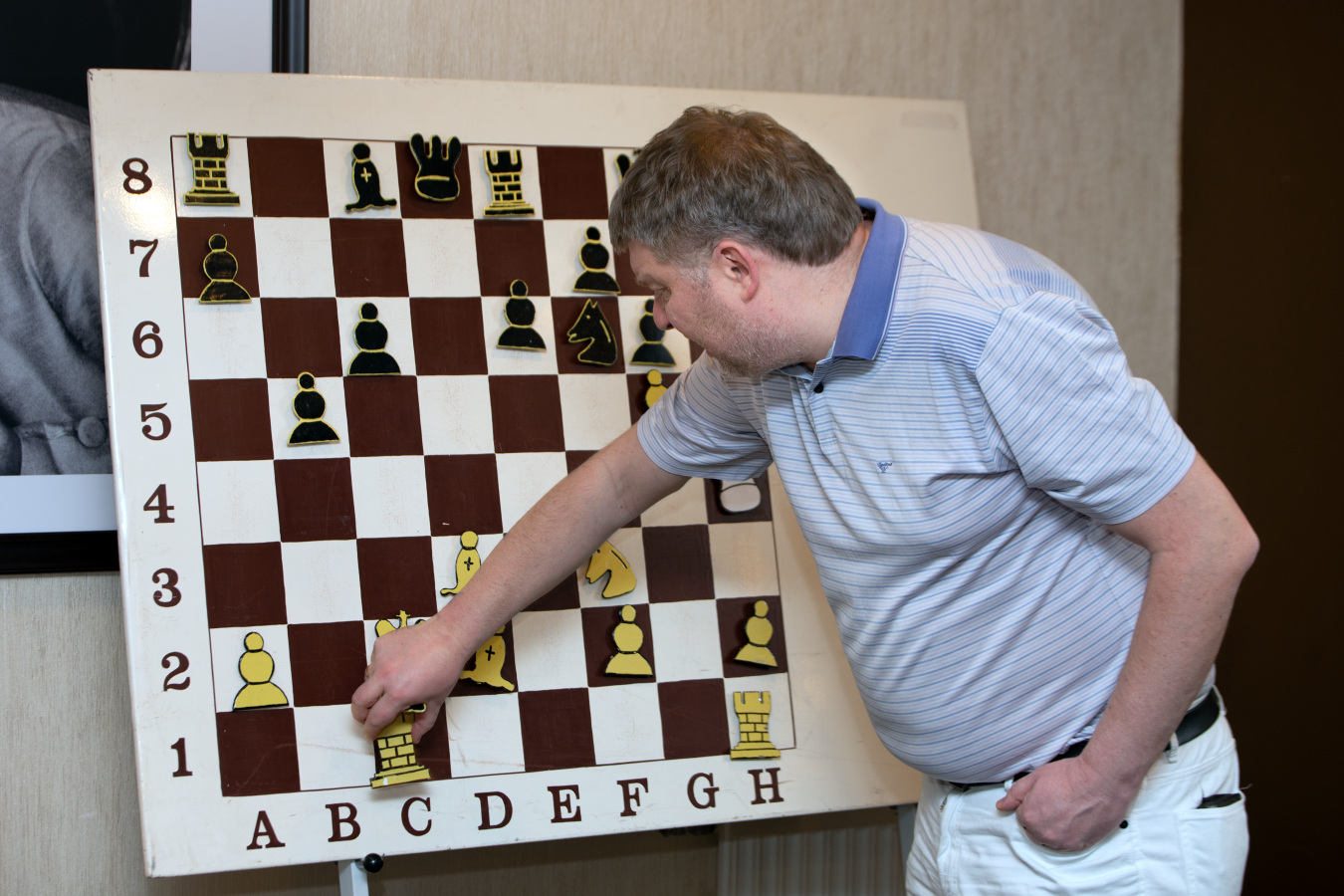 In the top clash of the Open section Stefansson defeated Gasanov to become the sole leader of the event and the only player with 5/5. Three players follow with half a point behind - Zubov, Sivuk and Kriebel. The baest ranked female player after 5 rounds is FM Nurgyul Salimova with 4 points.

Top round 6 pairings: Stefansson vs Zubov, Kriebel vs Sivuk, Bernadskiy vs Salimova, Popovic vs Plischki, Rakotomaharo vs Stany, Dong vs Gasanov, etc.  Full standings and pairings of the Open event can be found on Chess-Results.