The 7th round for Masters and penultimate round for Challengers tournament started today in Don Giovanni Hotel in Prague. Co-owner of Czech Inn Hotels, Mr. Jaroslav Svoboda, was the special guest in the playing hall. Mr. Svoboda made the symbolic first move in the all-Czech derby of the Masters group Navara vs Láznička and officially started the round.

"Game of the Day" prize went to Grandmaster Alexei Shirov, for his beautiful victory against Ju Wenjun in the 7th round of Challengers event. 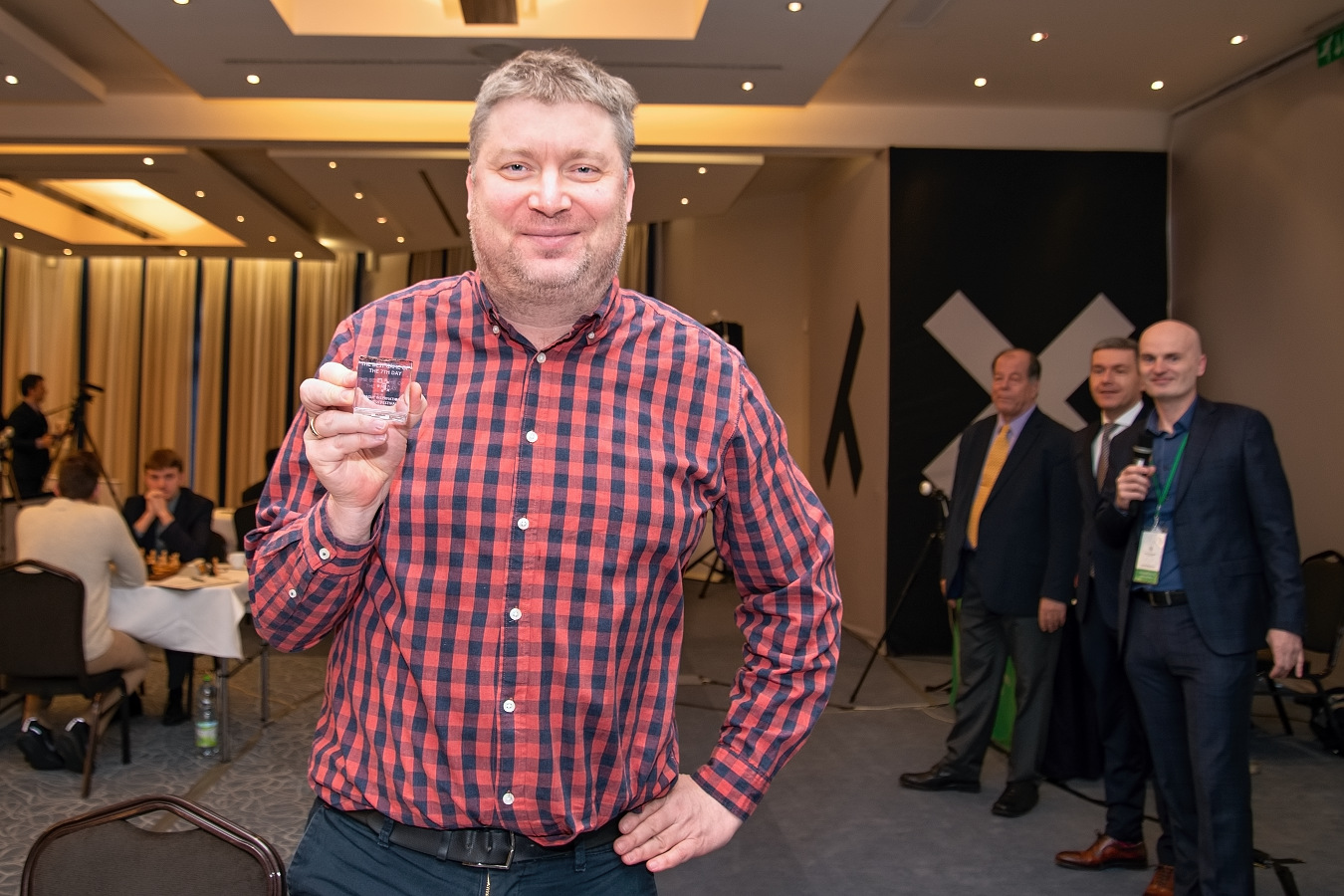 All eyes were on the game Nikita Vitiugov vs Jan-Krzysztof Duda, as the top encounter of the 7th round in the Masters event. Najdorf was played, and Vitiugov found a nice idea with Ra4-Rb4 to prevent Black from pushing b5. Eventually, Black did push it, but at cost of ending up with pawn down. Duda took the b2 pawn, which turned out to be a blunder. Vitiugov punished it right away with nice tactical combination where he won a piece. The Russian even won in style by checkmating his opponent, to take the sole lead in the event. 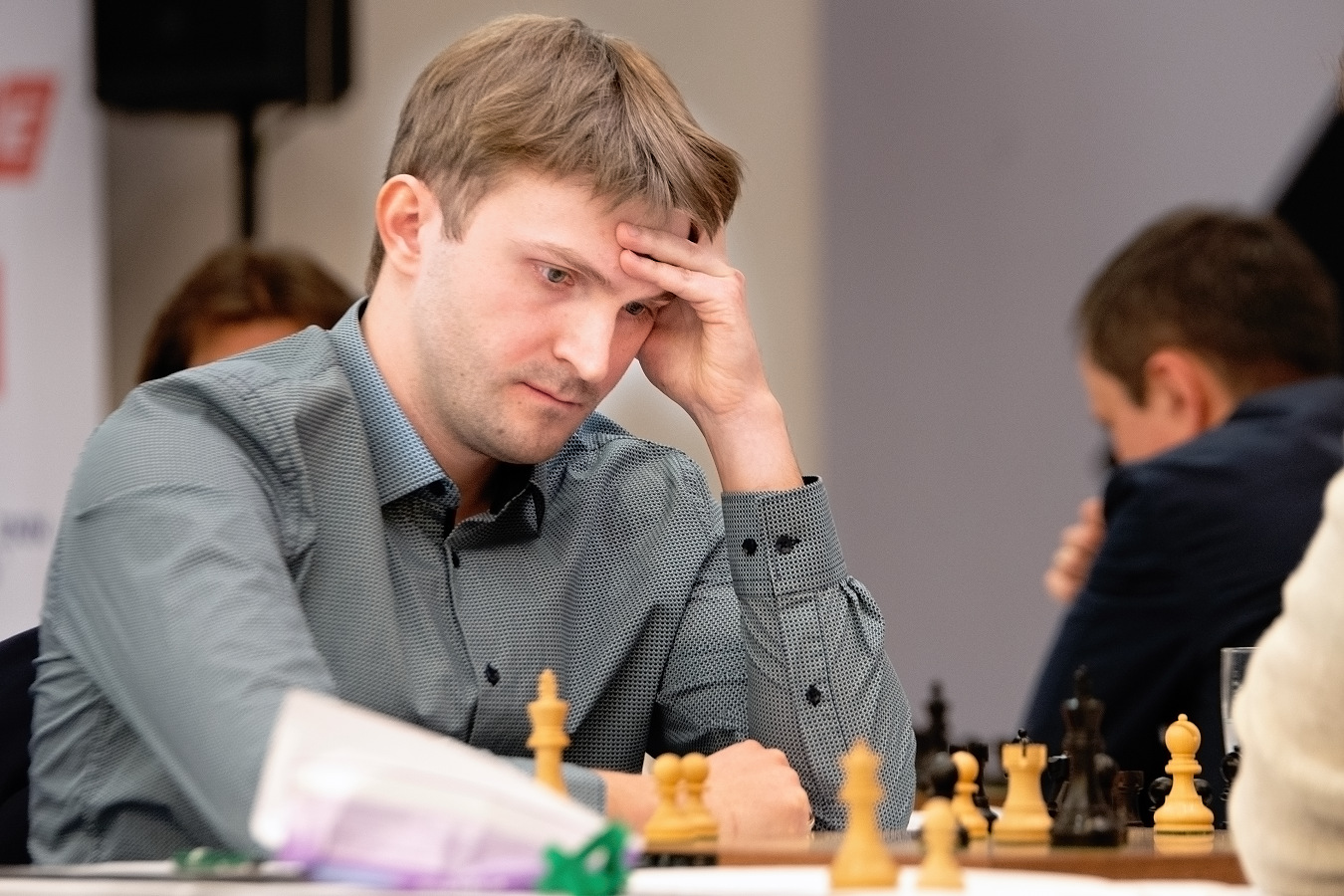 Another interesting game was all-Czech derby between David Navara and Viktor Laznička, which started with Scotch and became very sharp. Láznička made few inaccuracies and his position was slowly getting worse. Navara eventually won the game, to score his first victory in the event. 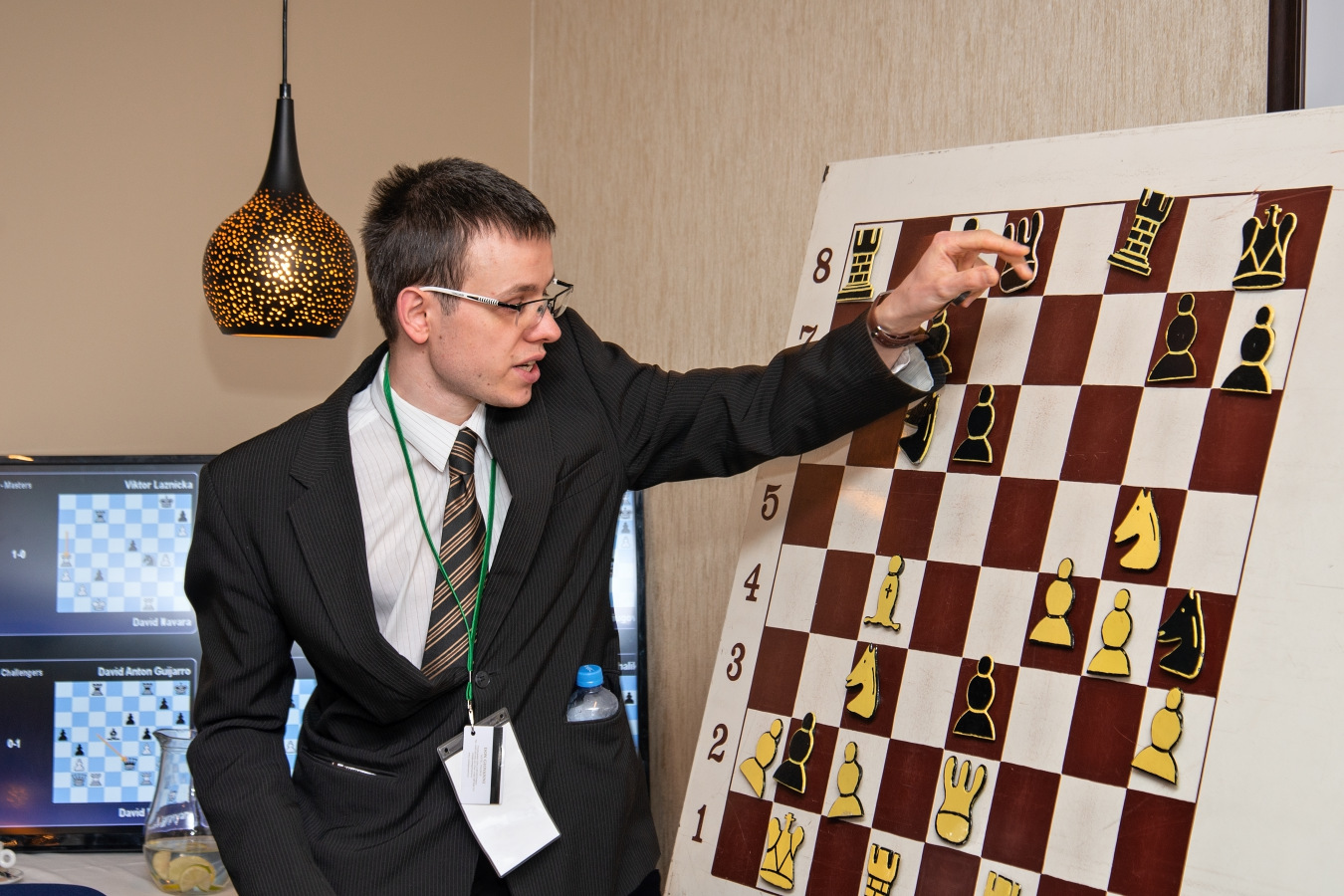 The remaining three games were draws. Boris Gelfand had slight edge against Richard Rapport, but with the correct play of Hungarian #1, draw was eventually agreed. Harikrishna Pentala and Vidit Gujrathi were both in the book and following their preparation, so there were no surprises on the board. Vidit had to find few practical moves to easily equalize the position, which he did, and soon the game ended in a draw. There was no decisive result in the game between US Champion Sam Shankland and Polish #1 Radoslaw Wojtaszek either, and both players agreed for a draw in the Rook endgame. 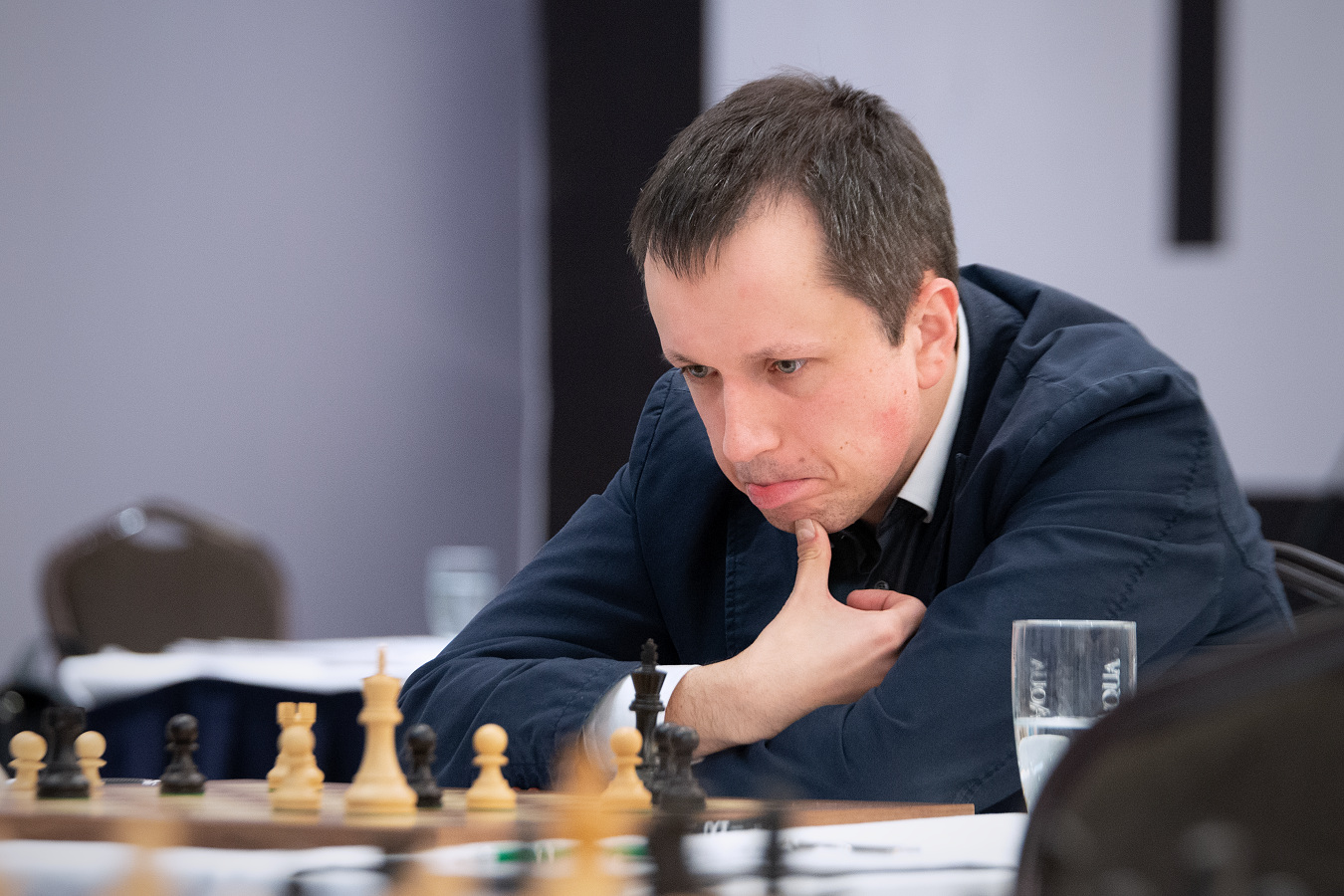 David Guijarro defeated David Paravyan with Black pieces and took the sole lead in Challengers group, with one round to go. He is one step away from the 2020 Masters edition and tomorrow he is facing young Praggnanandhaa with White. 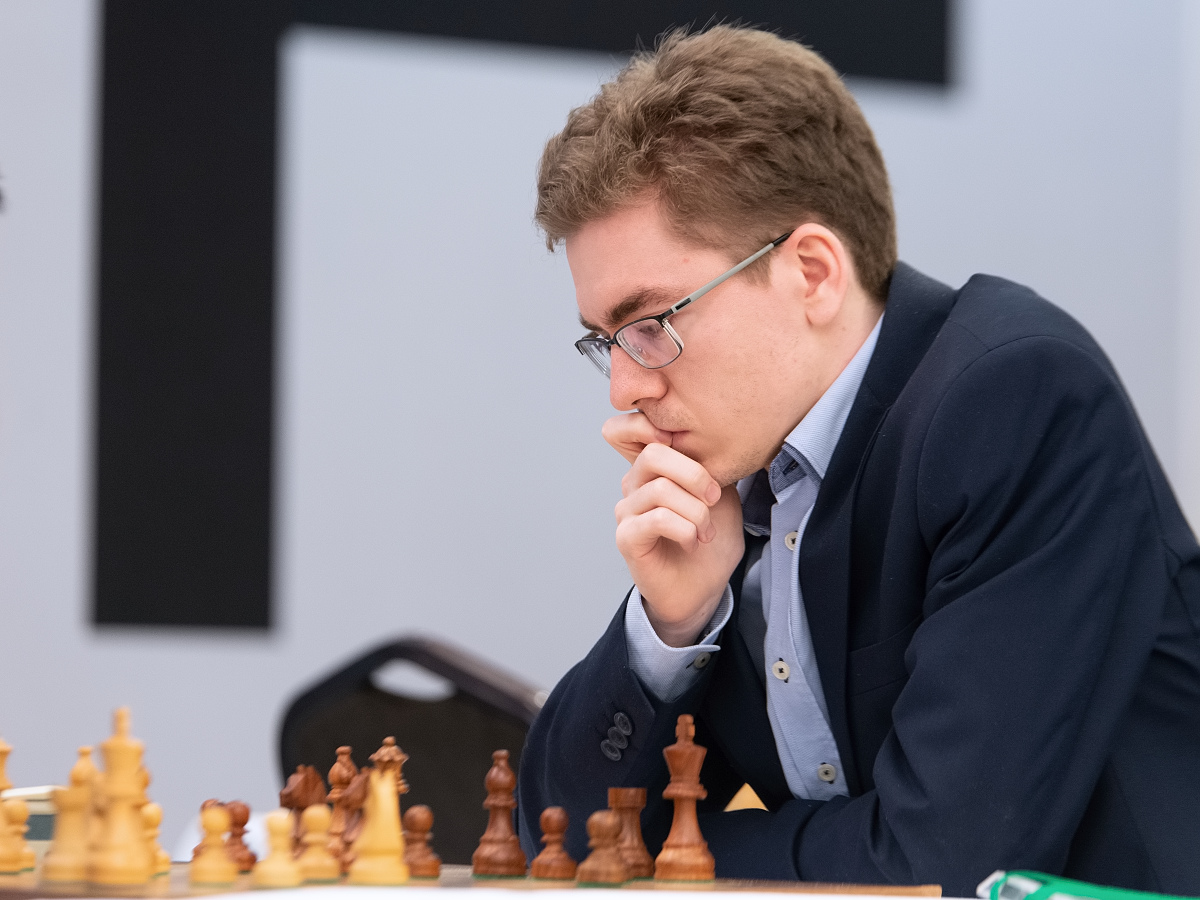 Another leader from the previous round, Czech player Jan Krejči drew his game with Alexei Shirov, and is now half a point behind the Spaniard. Ju Wenjun defeated Jiří Štoček, while Peter Michalík beat Praggnanandhaa and both share 3rd place with 4,5/8. Last game in Challengers section between Van Nguyen and Mateusz Bartel ended in a draw, after perpetual. 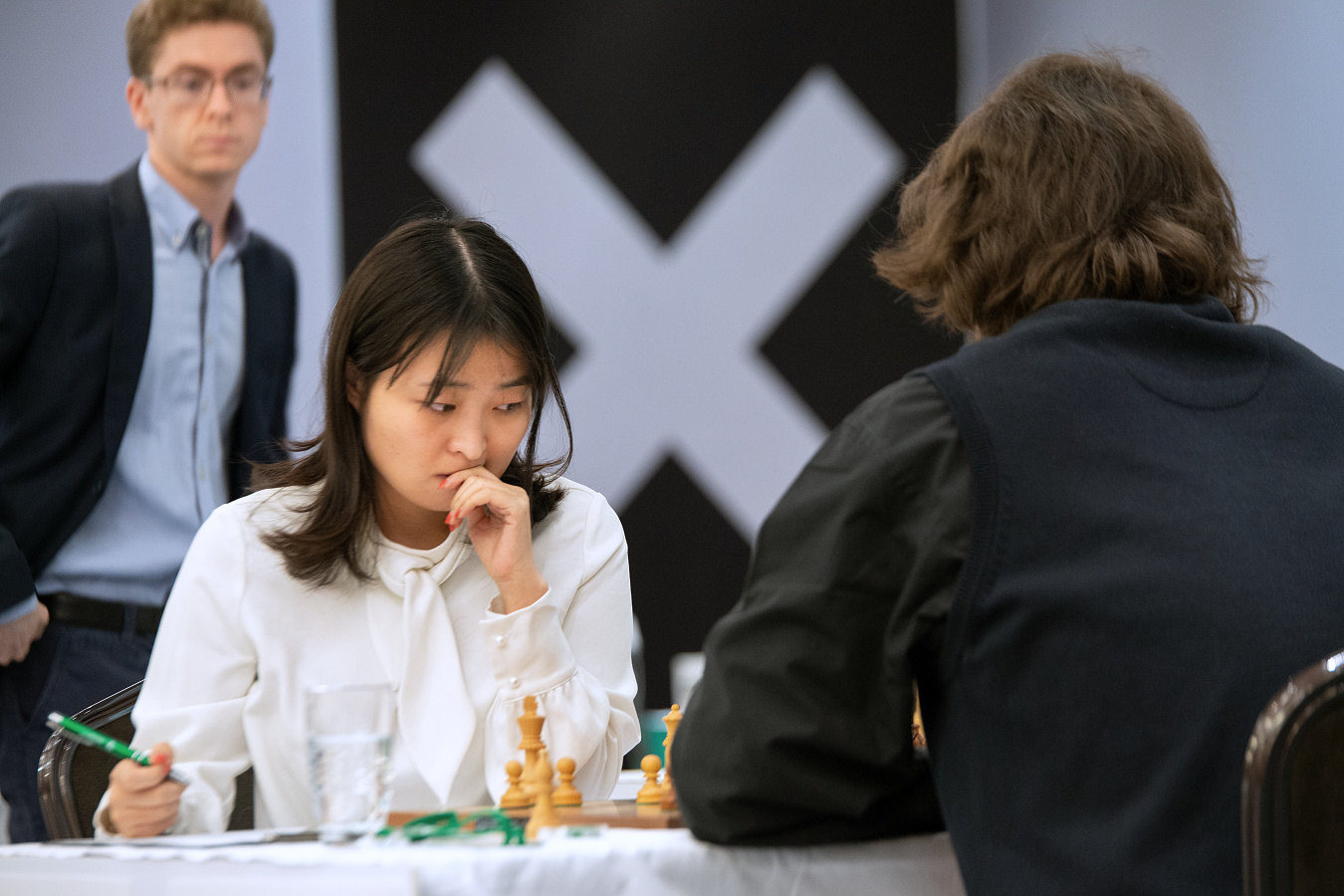 Tomorrow is the final decisive round of Challengers, which will be deciding not only the winners and medalists, but also the most important thing - spot to the 2020 Masters event!

In the Open event the leaders drew on the top boards. The best ranked women player Nurgyul Salimova managed to save worse position against GM Vitaliy Bernadskiy.

Top round 6 pairings: Sivuk vs Stefansson, Zubov vs Kriebel, Stany vs Popovic, Gasanov vs Sedlak, Bakhmatsky vs Van Den Doel, Pulpan vs Bernadskiy, etc.  Full standings and pairings of the Open event can be found on  Chess-Results.

Round 8 of Masters and round 9 of Challengers start on March 14 at 3.00 pm, while the round 7 of Open events start at 4.00 pm. The closing ceremony and prize giving for Challengers will be held at 9.00 pm in the playing hall.