The round 2 of Prague Chess Festival started today in Don Giovanni Hotel in Prague. We had an honor to host Hungarian Ambassador in Prague H.E. Dr. Miklos Boros and Chinese Ambassador in Prague H.E. Mr. Zhang Jianmin in the playing venue. The ambassadors made the first symbolic move in the games Radoslaw Wojtaszek vs Richard Rapport and Ju Wenjun vs Peter Michalik, and later observed the ongoing games of the 2nd round. 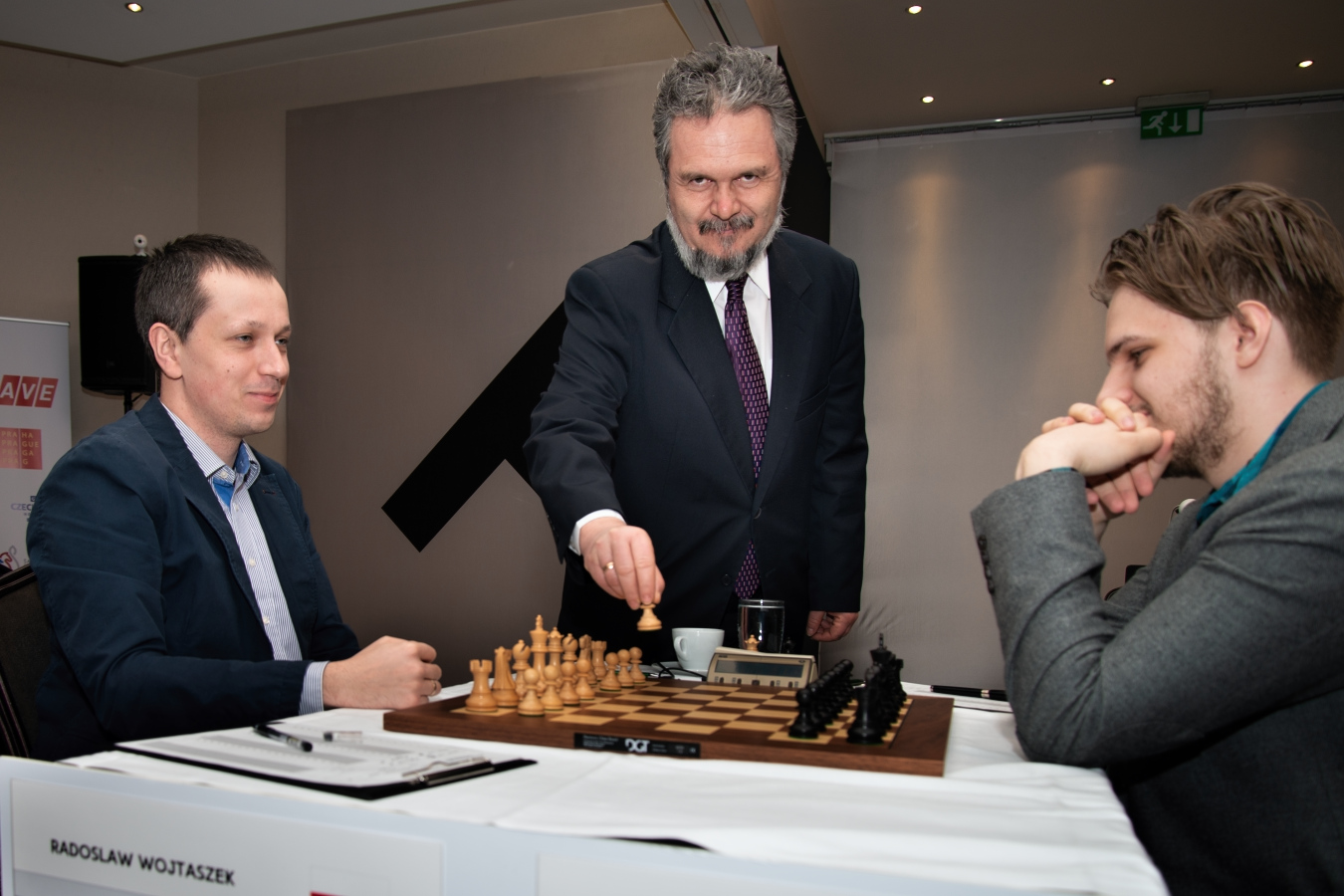 In Masters section we saw only one draw and four decisive results. Queen's Indian, Nimzovich variation was played in the game between Shankland and Navara. Black quickly equalized and game ended in a draw in 23 moves. Nikita Vitiugov surprised Harikrishna Pentala with 15.Bh6 in Open Berlin, l'Hermet variation. Black misplayed the position and soon ended up in a very unpleasant position which was difficult to defend. 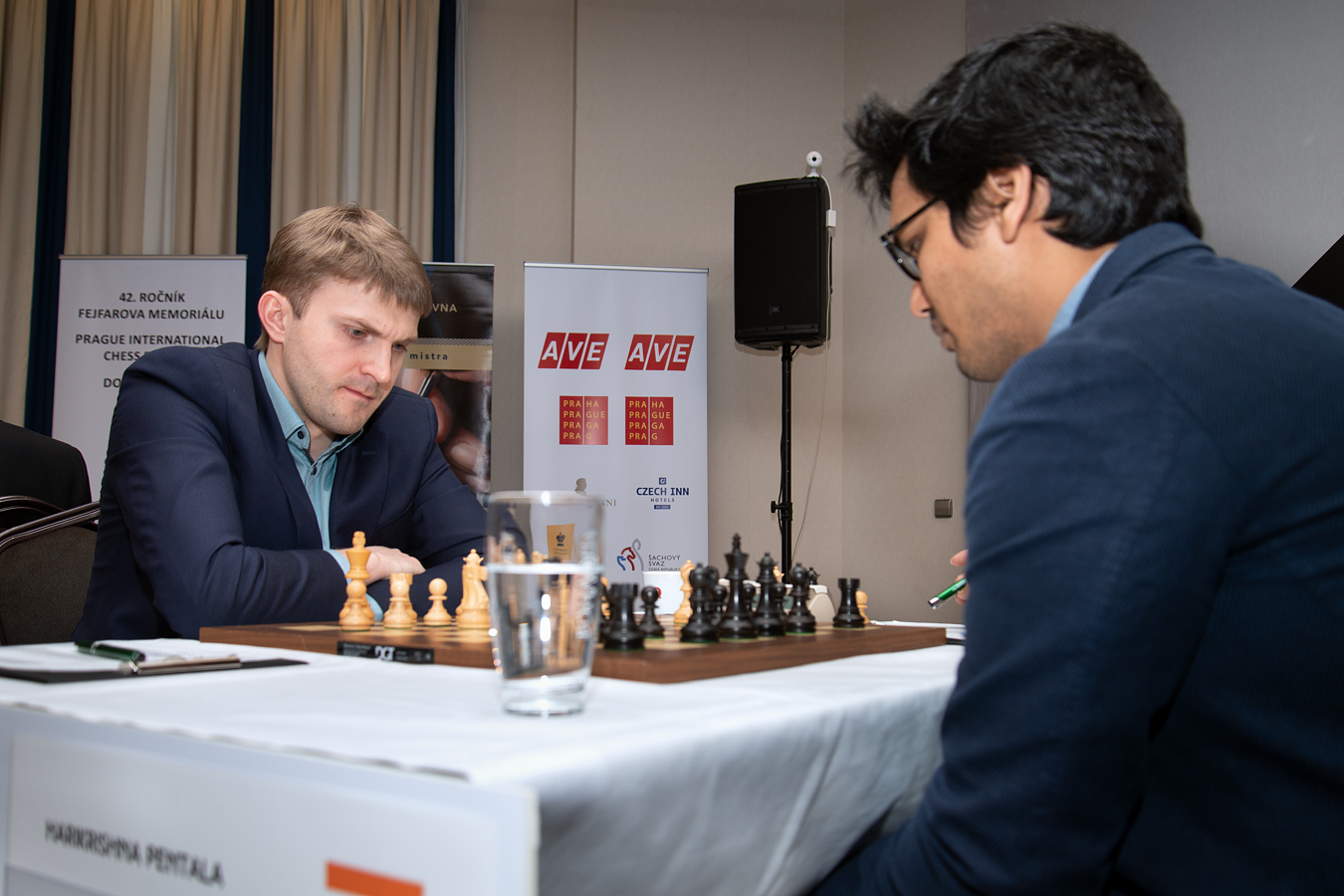 Radoslaw Wojtaszek defeated Richard Rapport in King's Indian, Orthodox variation. The Polish Grandmaster got pleasant position after the opening and kept pressing throughout the middle game. At some point, Black could have equalized, but instead blundered and after losing material had to resign. 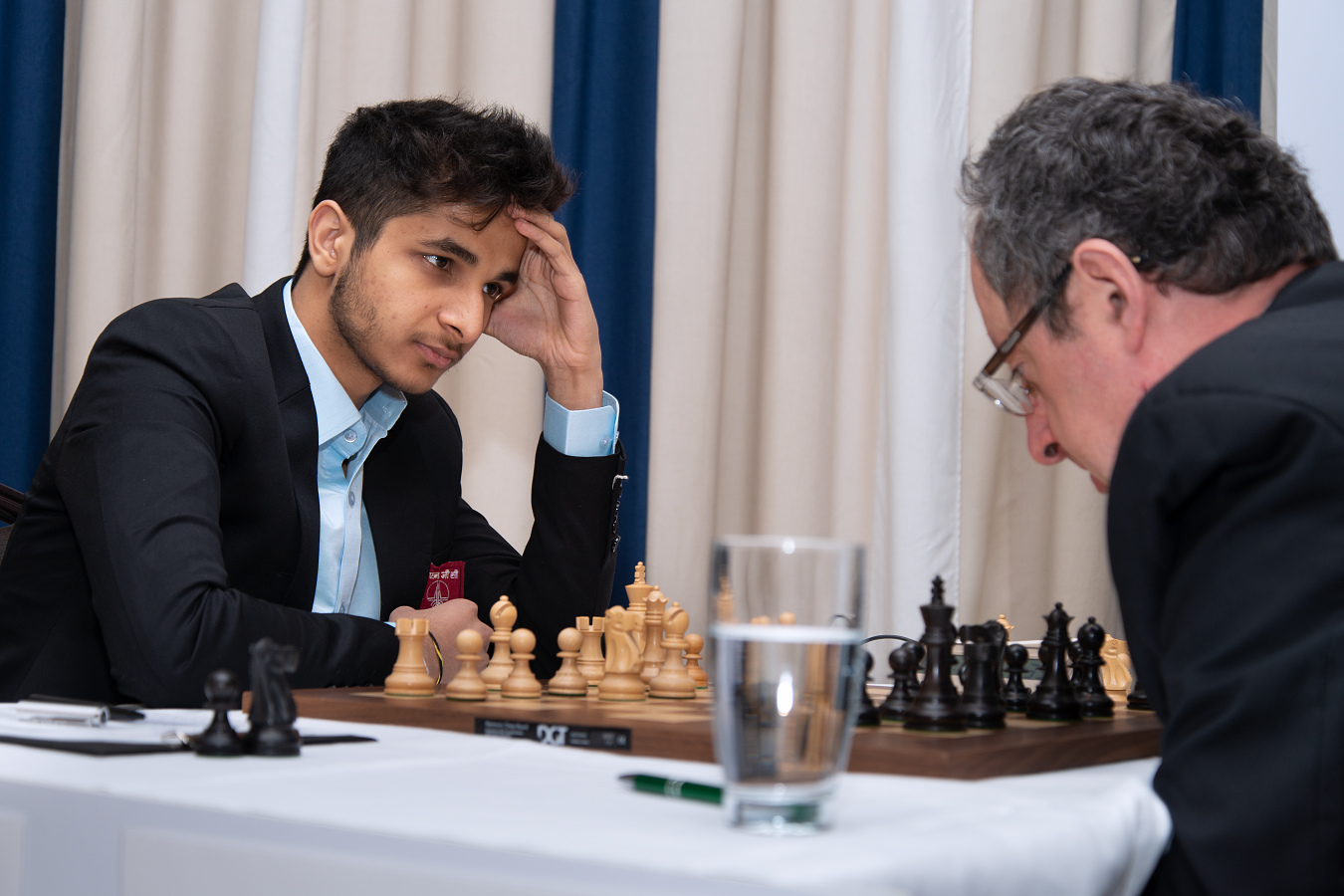 Indian Grandmaster Vidit Gujrathi also scored his first victory in the event, after winning against Boris Gelfand in the opposite color Bishop endgame. Finally, young Jan-Krzysztof Duda continues the striking row, as he defeated Czech #2 Viktor Laznička in Reti advance variation. After the game Duda said he forgot his preparation, but he still felt he got good position from the opening. "16.Bg5 was important point in the game, and I didn't like how Black reacted, with 16...f6. Also, 31...Rf7 was a crucial mistake", said the Polish star. Duda is now the only player with maximum score, including both events. 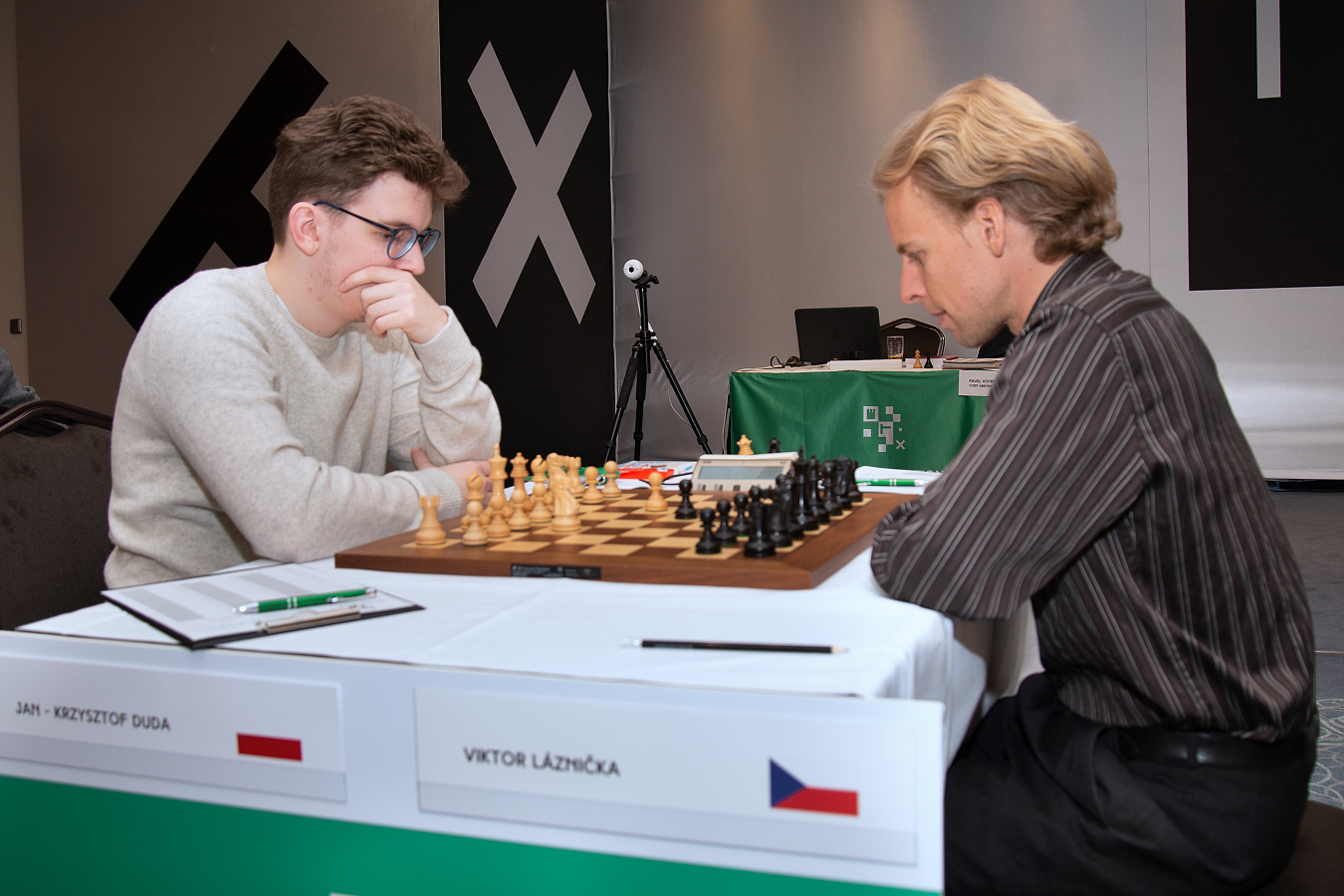 In Challengers group we also saw many interesting games. The only female player in the event, Women's World Champion Ju Wenjun scored a nice victory against Czech player Peter Michalik with White pieces. It seemed she was struggling to find a correct plan in the middle game, as she spent more than 40 minutes before playing 17.Nf3, but it paid off, as her initiative brought her full point. 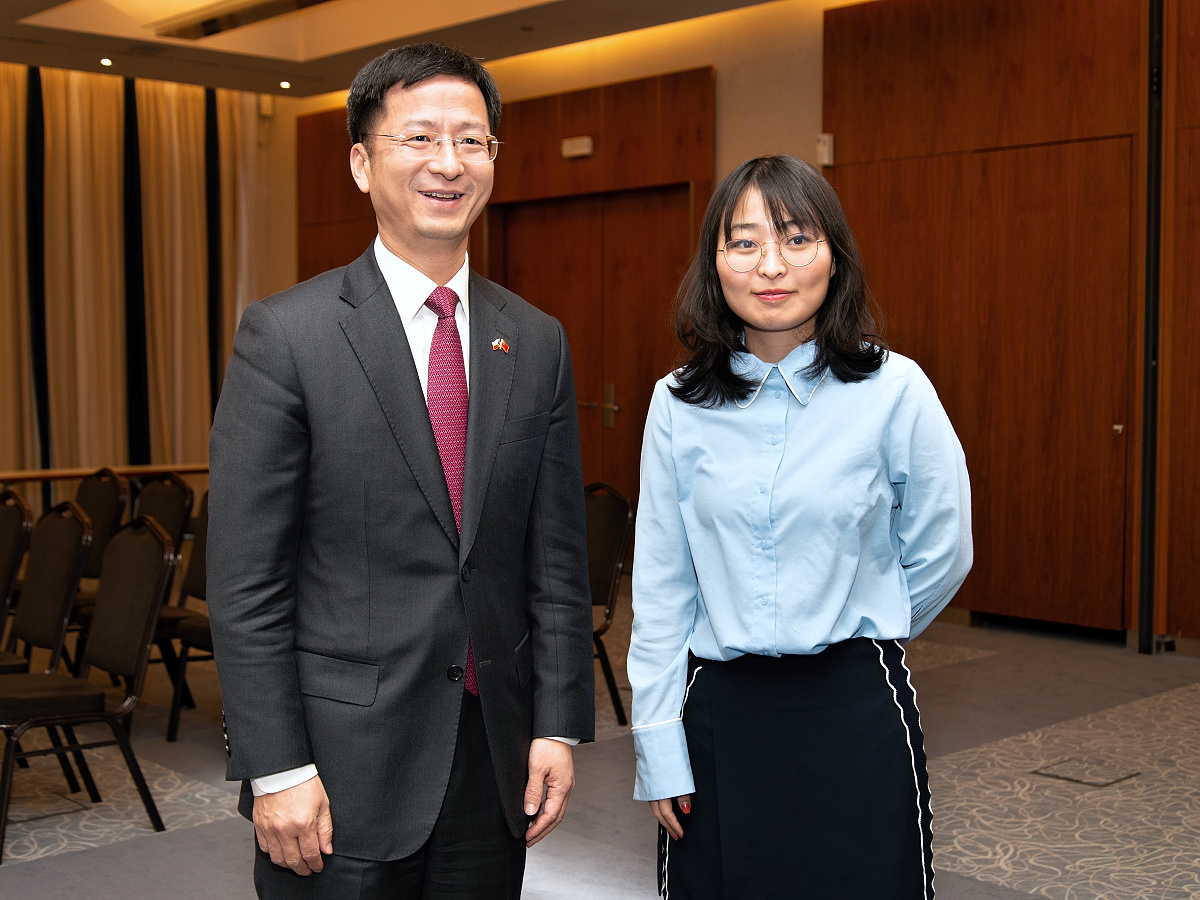 Alexei Shirov recovered from a painful loss with White pieces at the start of the tournament and stroke back against Mateusz Bartel. After the game, he said he knew Bartel likes unusual types of positions, and he knew what to expect. "I only want to play some good chess here, and I am happy I won with Black pieces after yesterday's terrible loss. Now 1 out of 2 doesn't seem so bad", said Grandmaster Shirov. 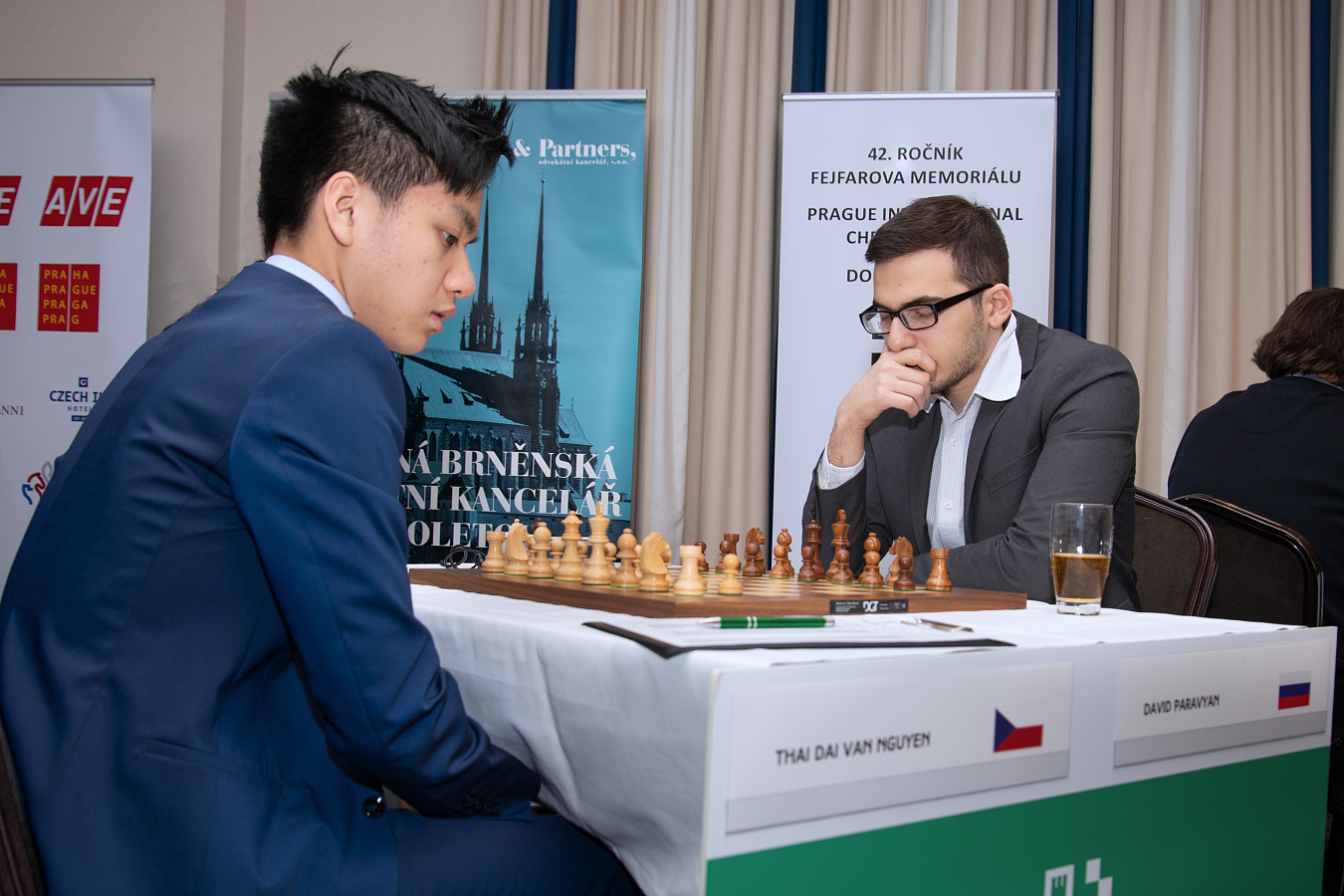 Young Czech star Van Nguyen won a nice game against Russian David Paravyan in Berlin Defence. White came out of the opening with slight advantage, which he increased move by move, and celebrated after the indefensible attack. Czech Grandmaster Jan Krejči drew with Black pieces with the 2nd seed David Guijarro, from worse position, after White didn't manage to convert the positional advantage of a passed pawn in his favour. The last game of the day between Jiri Stoček and R.Praggnanandhaa also ended in a draw with bare Kings left on the board. 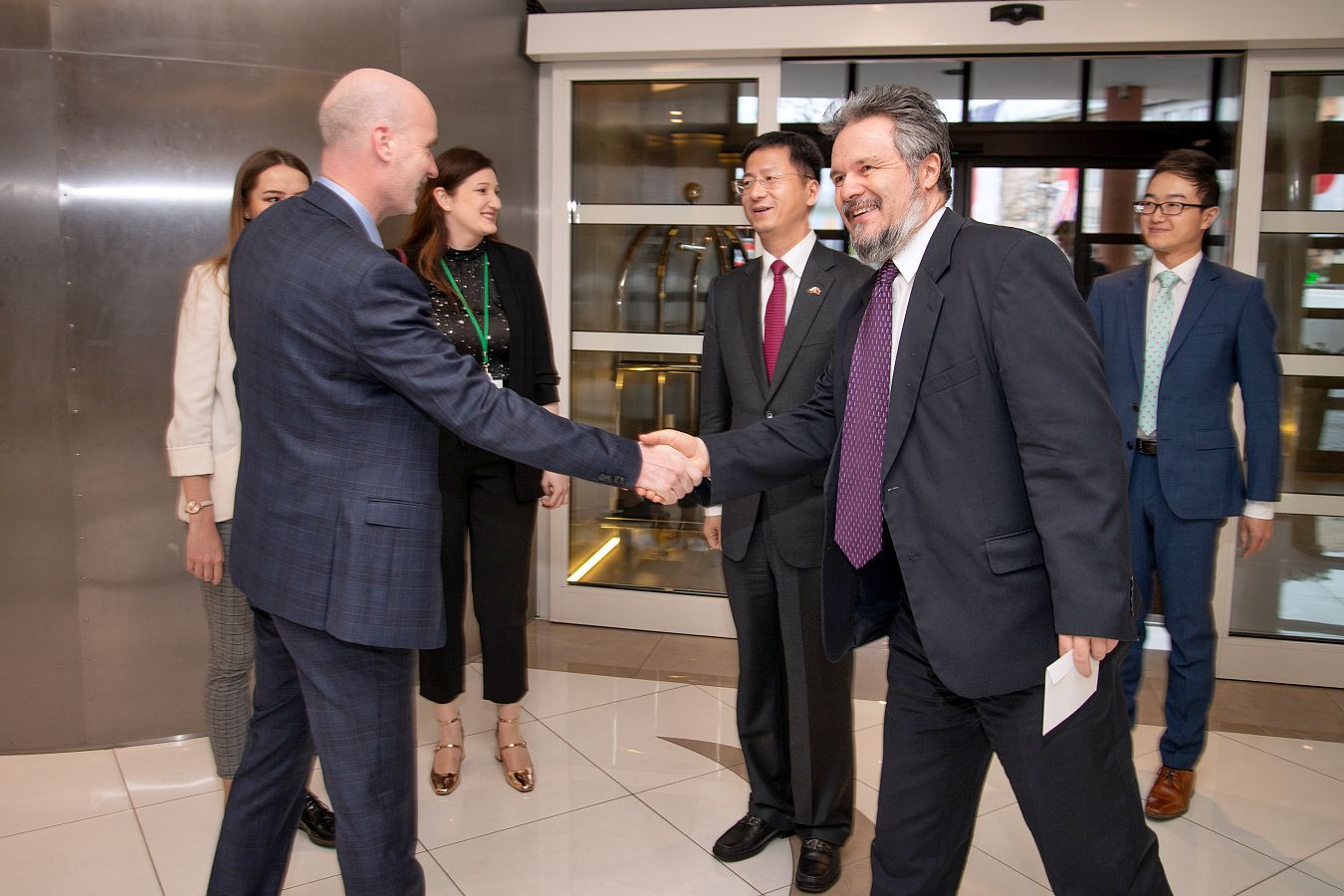 Round 3 starts on March 8 at 3.00 pm in Don Giovanni Hotel. Tune in for the live games on the official website of the Festival  www.praguechessfestival.com, and follow the Festival updates on social media: facebook @PragueChessFestival, instagram @praguechessfestival and twitter @PragueChess. Check out the photo galleries by our briliant photographer Vladimir Jagr, on the  media page, as well as on  Zonerama.