Round 4 of Prague International Chess Festival was played today in Hotel Don Giovanni in Prague. The Open events also started today, so the playing hall was packed with players and spectators. Beautiful picture of chess lovers and fans, who came to play and observe, or just enjoy the chess atmosphere in the venue. 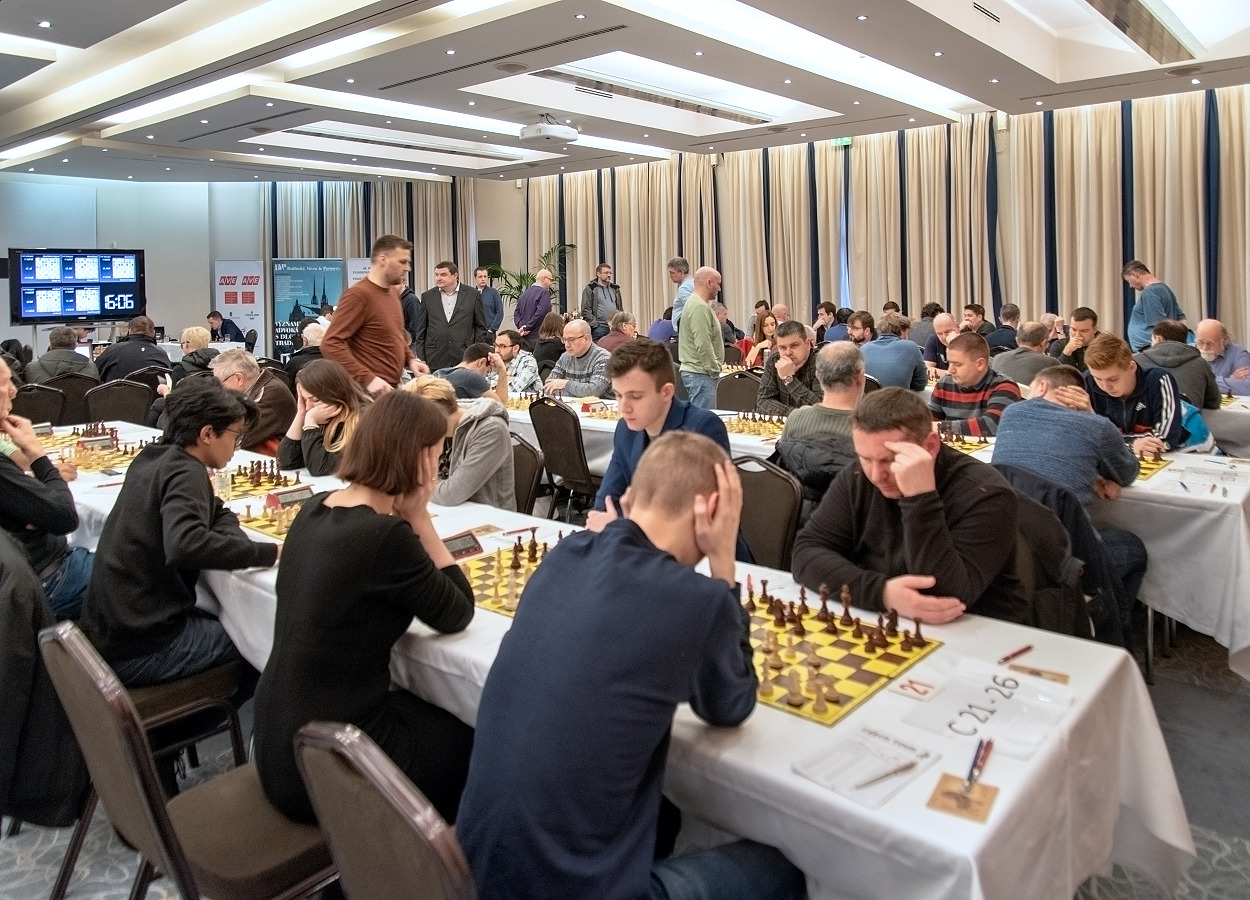 Our special guest today in the playing hall was the President of Novy Bor Chess Club, Mr. Roman Mužík, who made the symbolic first move in the game of top Czech player David Navara and young Polish star Jan-Krzysztof Duda. 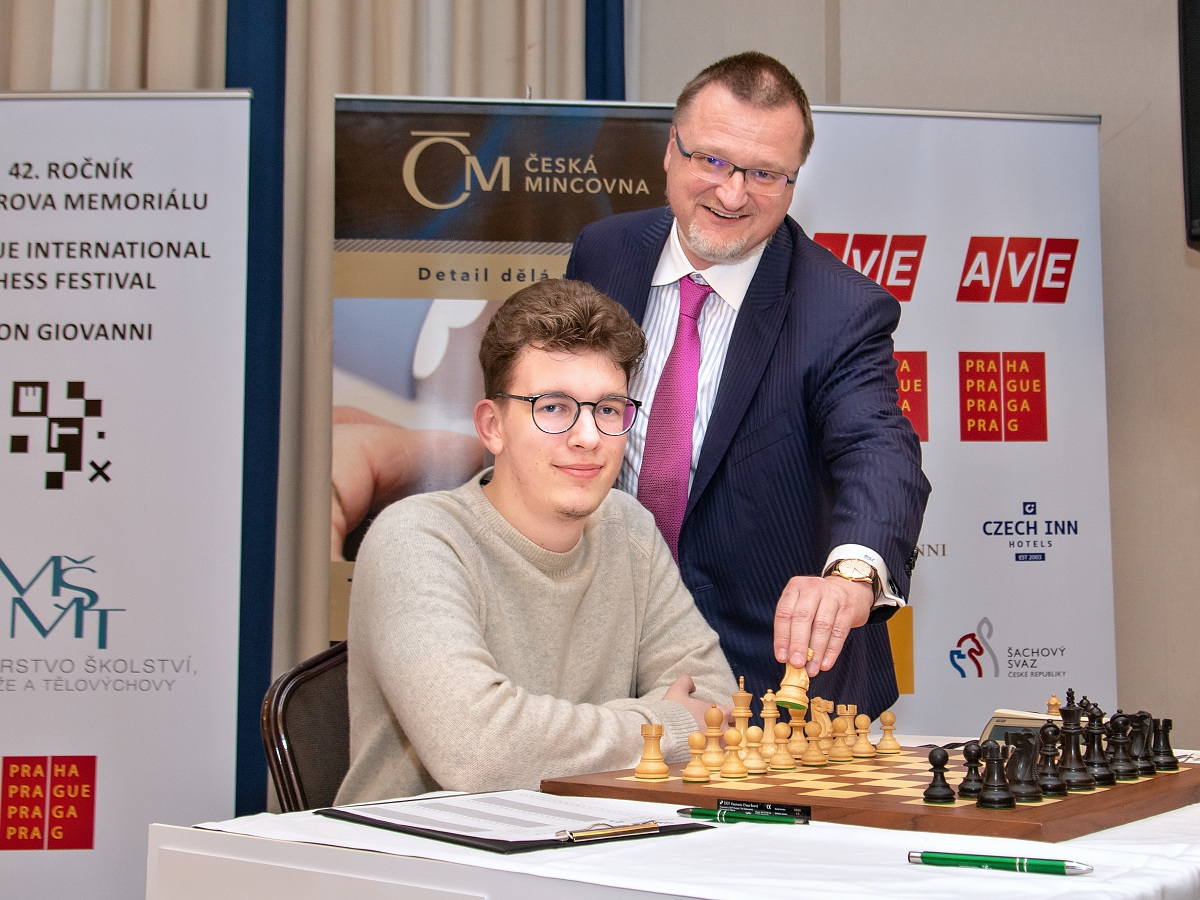 The winner of the "Game of the Day" prize was Jiří Štoček, and received a trophy from the Deputy Arbiter Jiřina Prokopová for defeating Alexei Shirov in the 3rd round. 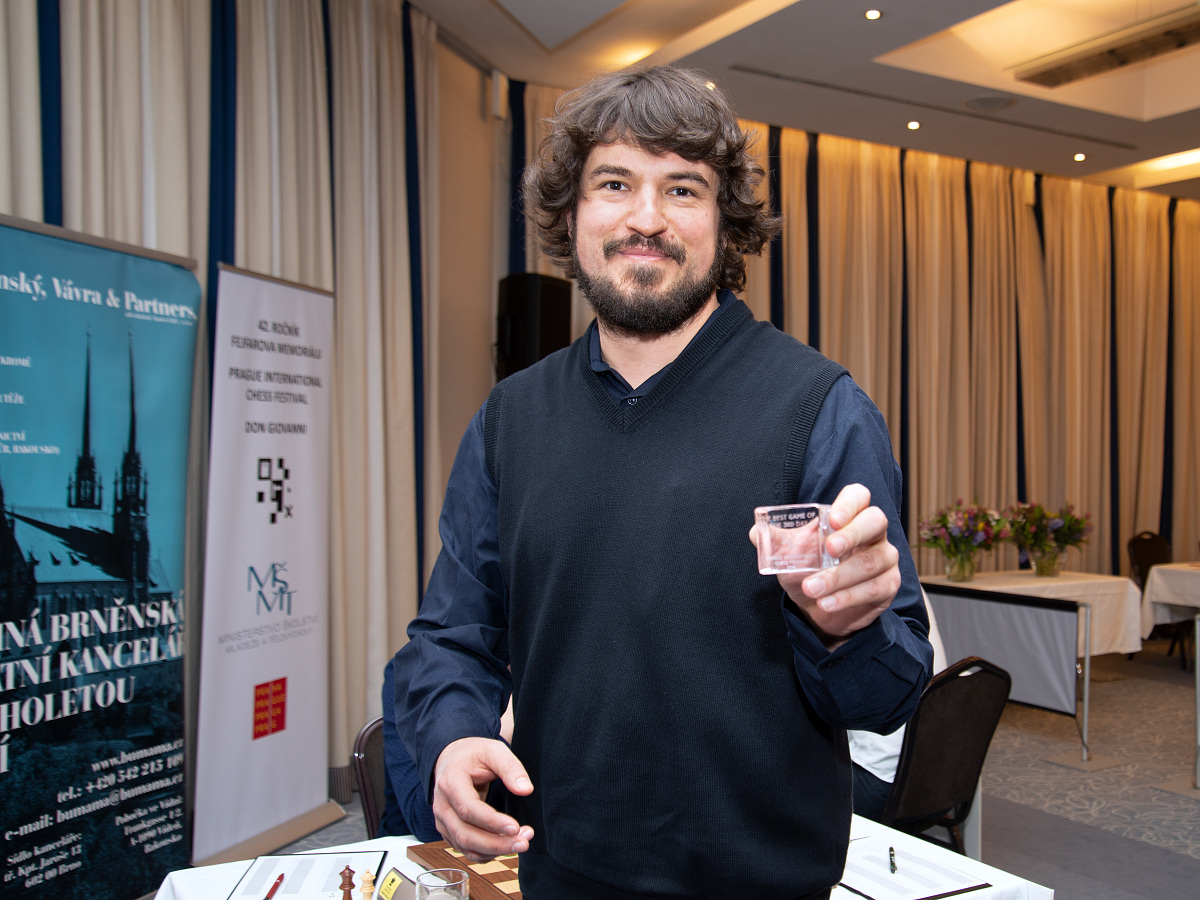 First game to finish today was between Radoslaw Wojtaszek and Harikrishna Pentala in Masters section. Although the game had lot of potential and the position was very complicated, it eventually ended in a draw, with the precise play of both of the players. 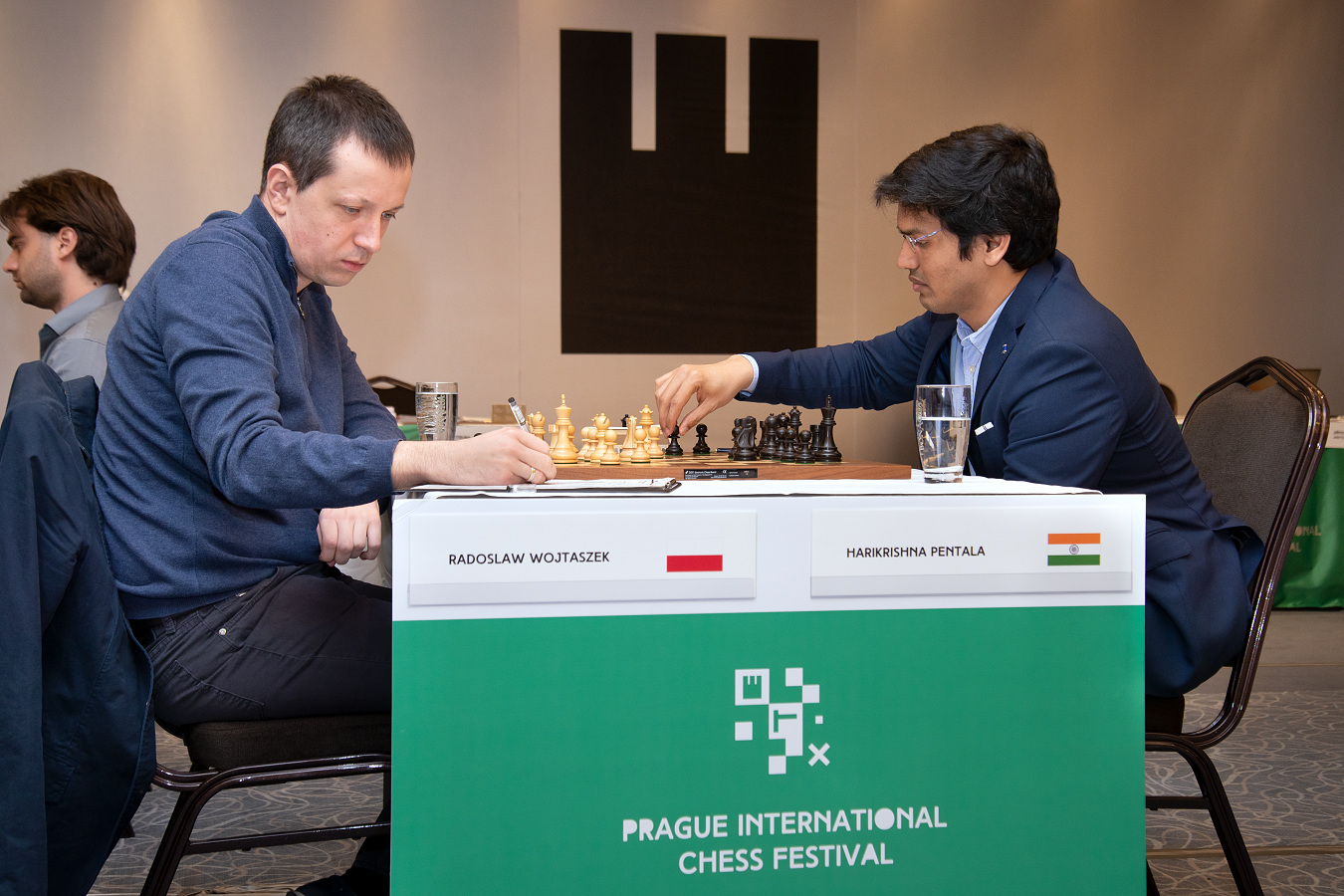 Nikita Vitiugov and Boris Gelfand also made a draw, after Gelfand was not able to pressure more and convert a pawn up in the opposite Bishop endgame. Jan-Krzysztof Duda continues with uncompromising play, as he defeated Czech top player David Navara. He recovered from the unpleasant loss from yesterday, and remains the leader of the tournament with 3/4. 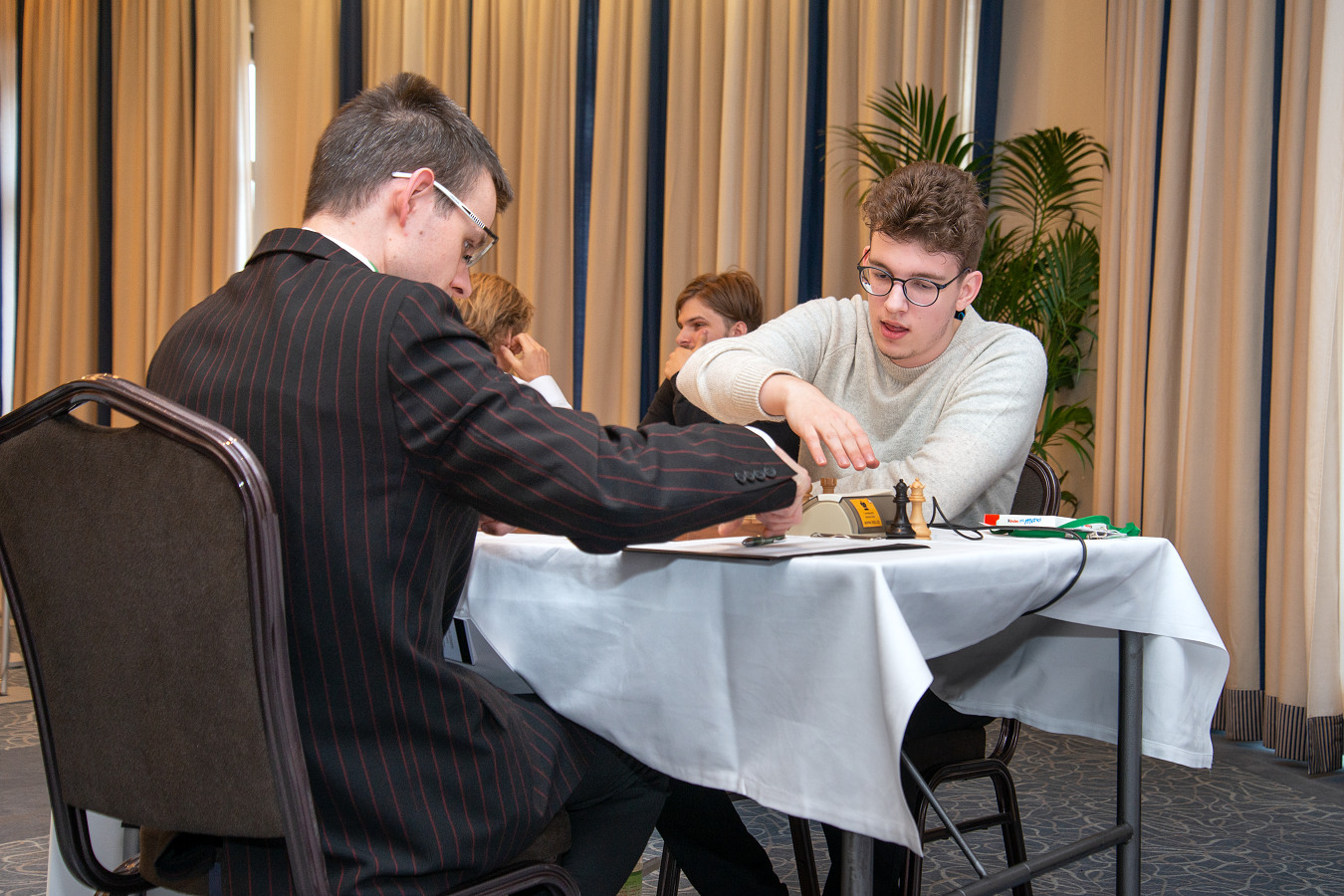 It was a good day for Hungarian #1 Richard Rapport and US Champion Sam Shankland, as they both scored their first wins in the event. Rapport celebrated after Lažnička underestimated Hungarian's mate threats and had to resign soon after opening the g-line. Shankland played a very nice game, sacrificed two pawns for the initiative, ended up with 3 pawns down, but had a great advantage as White's King was unsafe in the center. Gujrathi tried his best to defend the position, and as his last trick didn't work, he had to resign. 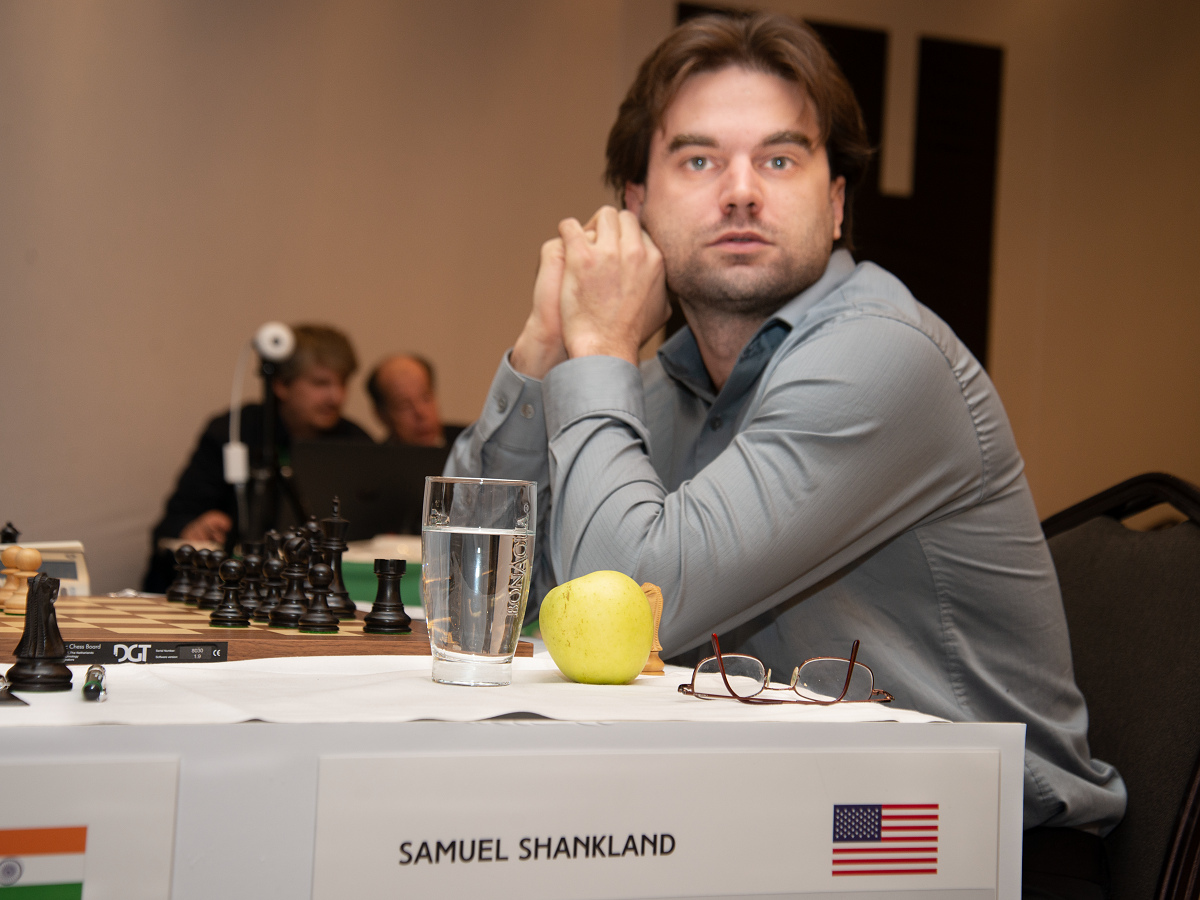 In Challengers section, surprisingly all games ended in a draw. One could say it was a peaceful round, but we did see some fire on the board in the B tournament as well. The most interesting game was between young Czech Grandmaster Van Nguyen and top seed Alexei Shirov. Nguyen seemed very well prepared, as he was blitzing the moves, but suddenly he spent almost 35 minutes for move 23. He managed to grasp the initiative, but it was not enough for the full point. 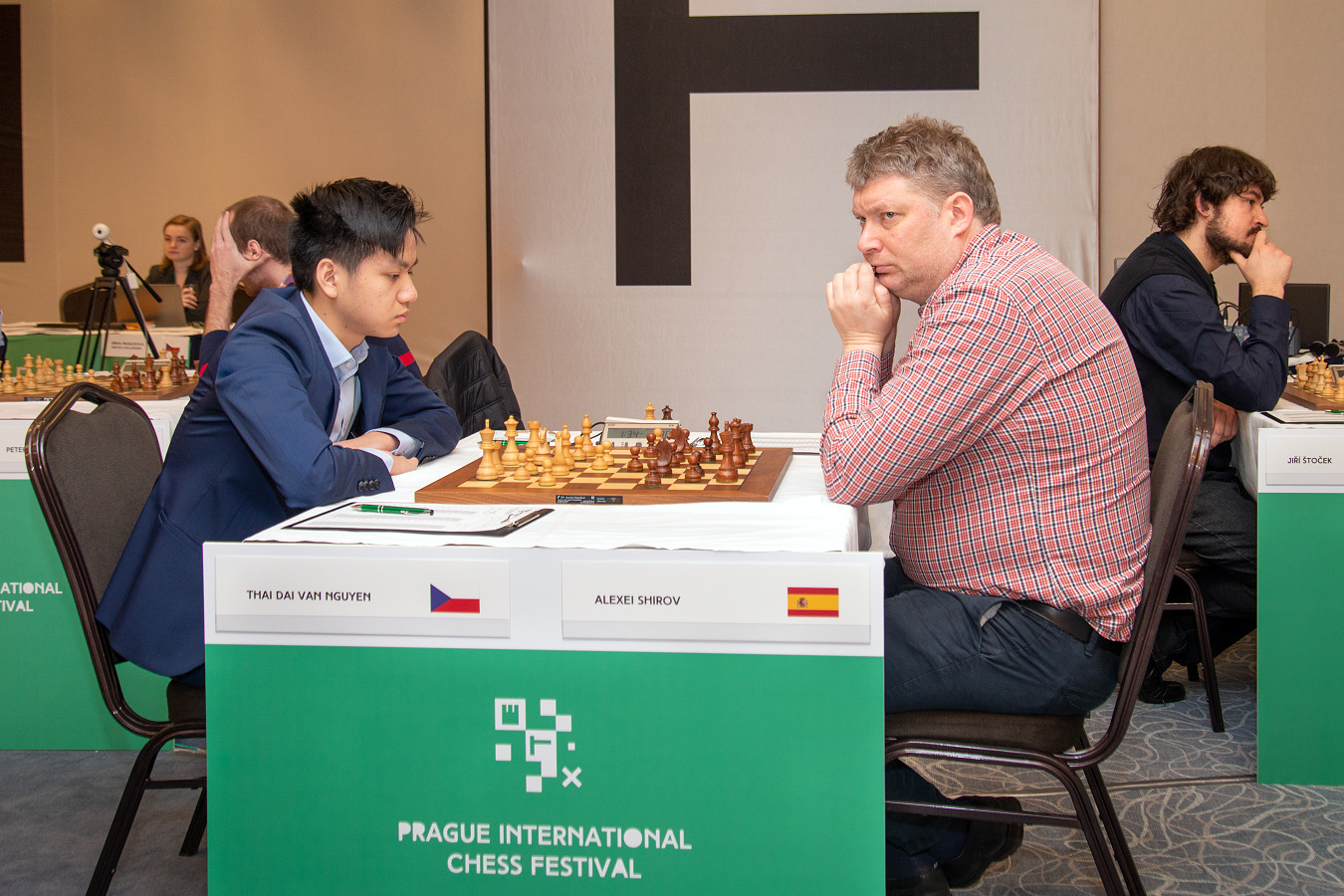 Ju Wenjun played a solid game with White pieces against David Guijarro, didn't allow the 2nd seed any winning chances, and the draw was soon agreed in Rook and Bishop endgame. Mateusz Bartel and Peter Michalik played a peaceful game, and even though it seemed White has more space and more comfortable position, it was not enough to convert the game. 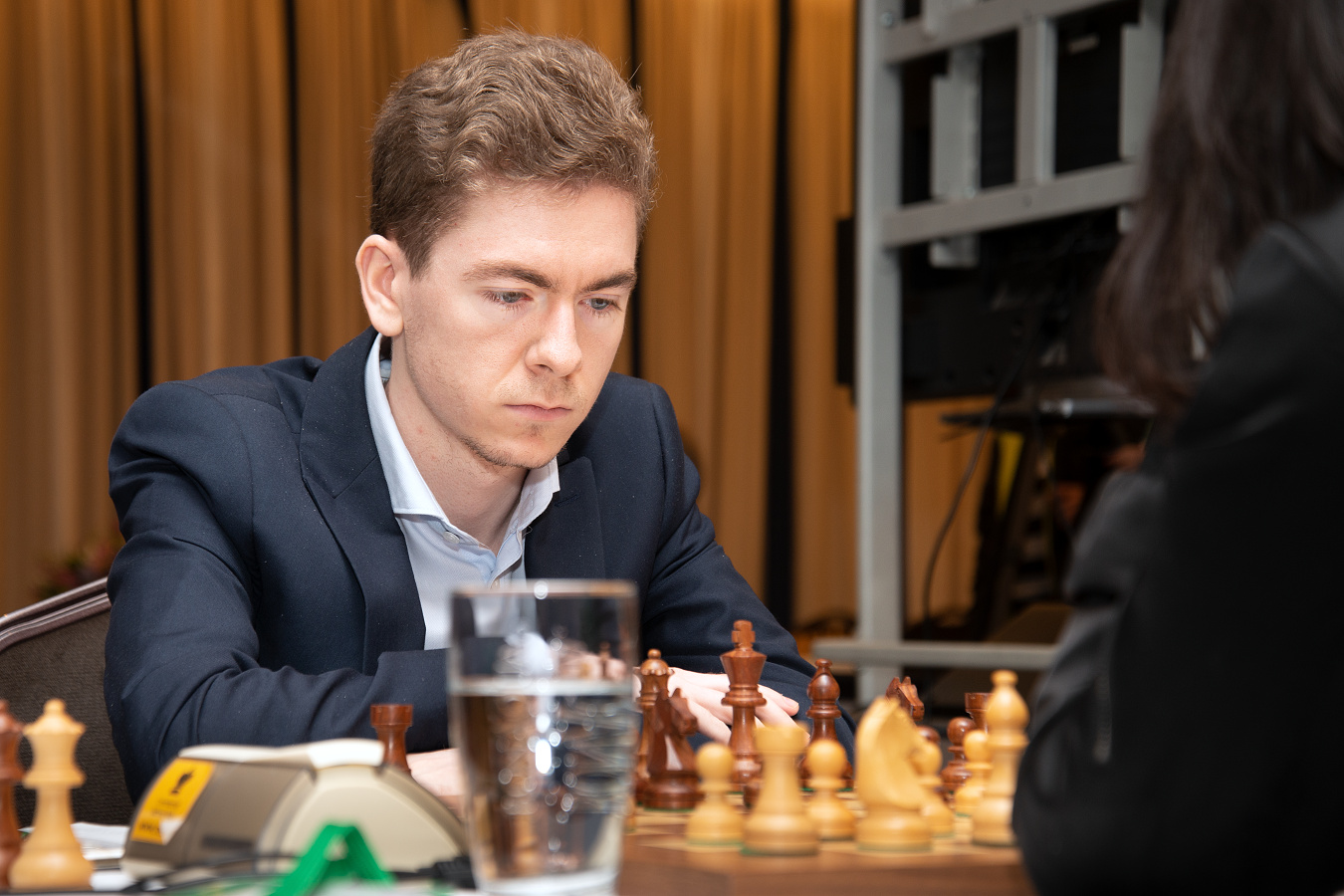 The draw was also agreed in all Czech encounter between Štoček and Krejči, in and equal Rook endgame. Young Praggnanandhaa might have missed something in the middle game against David Paravyan. He was pressing with Black pieces, but misplayed the position in the time trouble, and the game ended in a draw after perpetual check.

Round 5 of Masters and Challengers starts on March 10 at 3.00 pm in Don Giovanni Hotel, while the Open events start at 4.00 pm. In addition, the lecture of the Tournament Director of Tata Steel Chess Tournament, Mr. Jeroen van den Berg will take place at 4.00 pm in the commentary room in the ground floor. 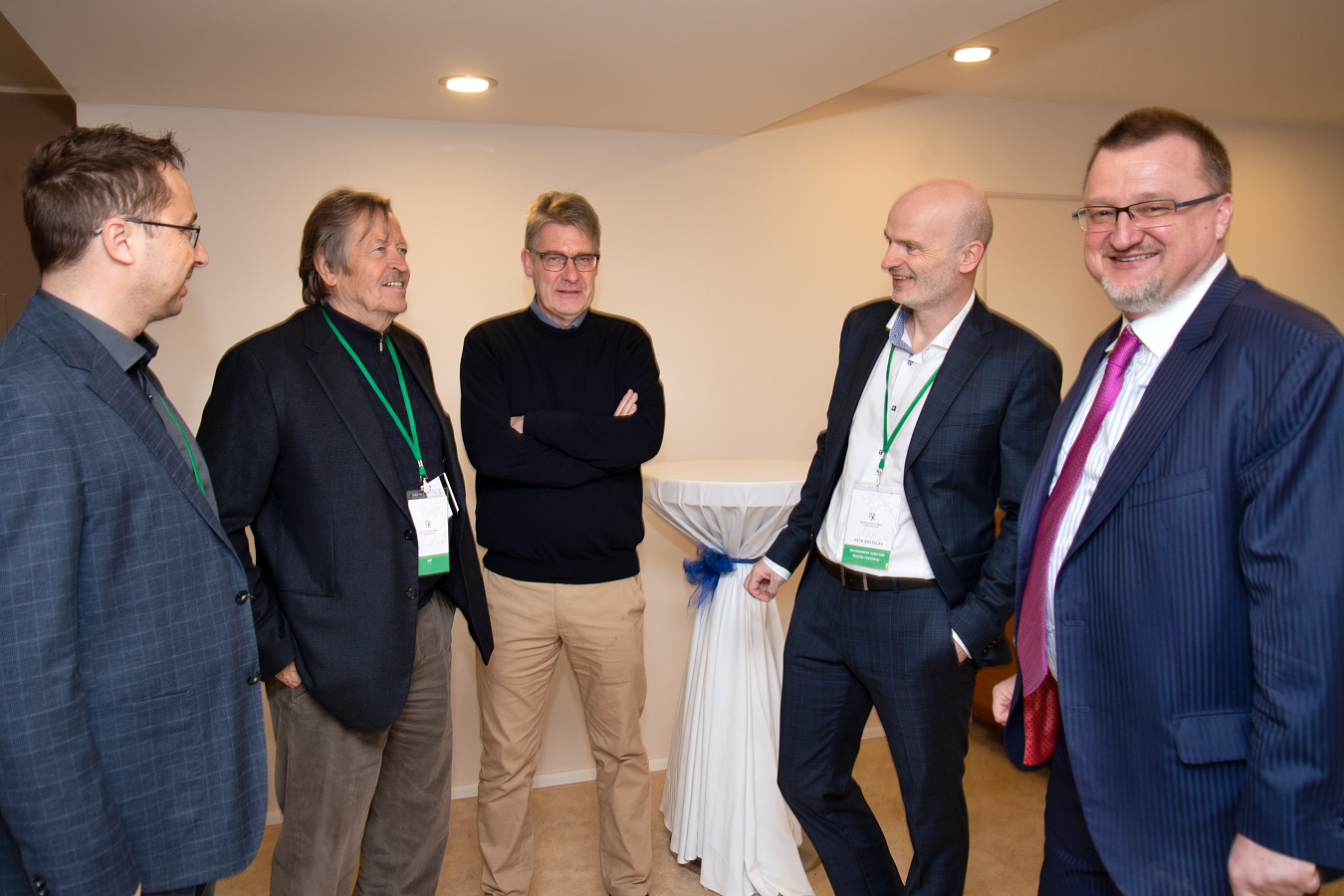