Round 5 of Masters and Challengers kicked-off today in Don Giovanni Hotel, with the first move made by Dirk Jan ten Geuzendam, editor-in-chief of New In Chess, in the game Boris Gelfand vs Jan-Krzysztof Duda. 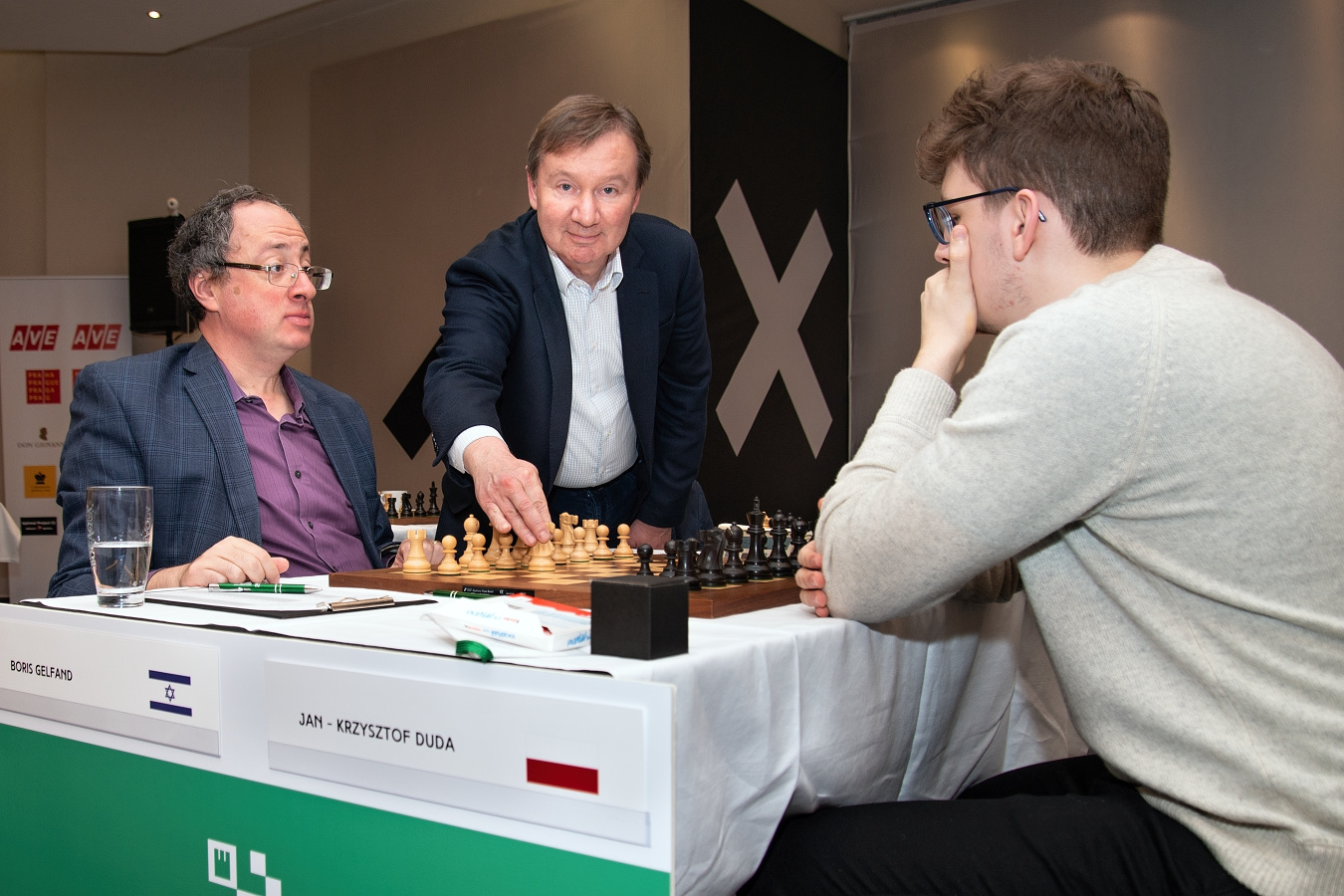 The prize for the best "Game of the Day" was awarded to Jan-Krzysztof Duda, for his victory over David Navara in the 4th round. 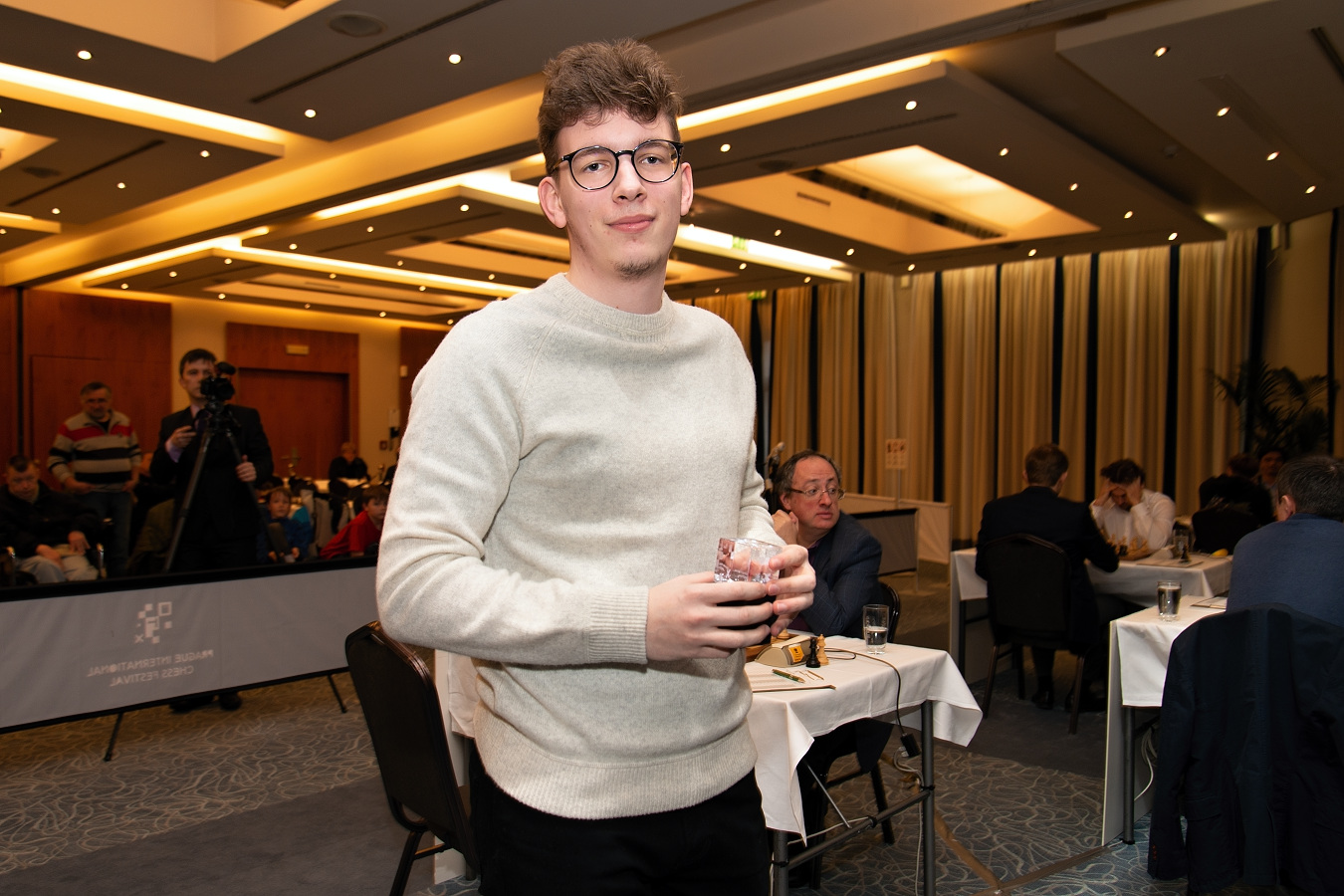 All the games in Masters group were drawn today, however we saw one big escape in the game Navara vs Wojtaszek. Czech #1 prepared an interesting line which has high winning percentage for White, and it seemed he managed to surprise the Polish Grandmaster. He had a huge advantage, but blundered on move 29 and missed a great chance to score his first victory in the event. 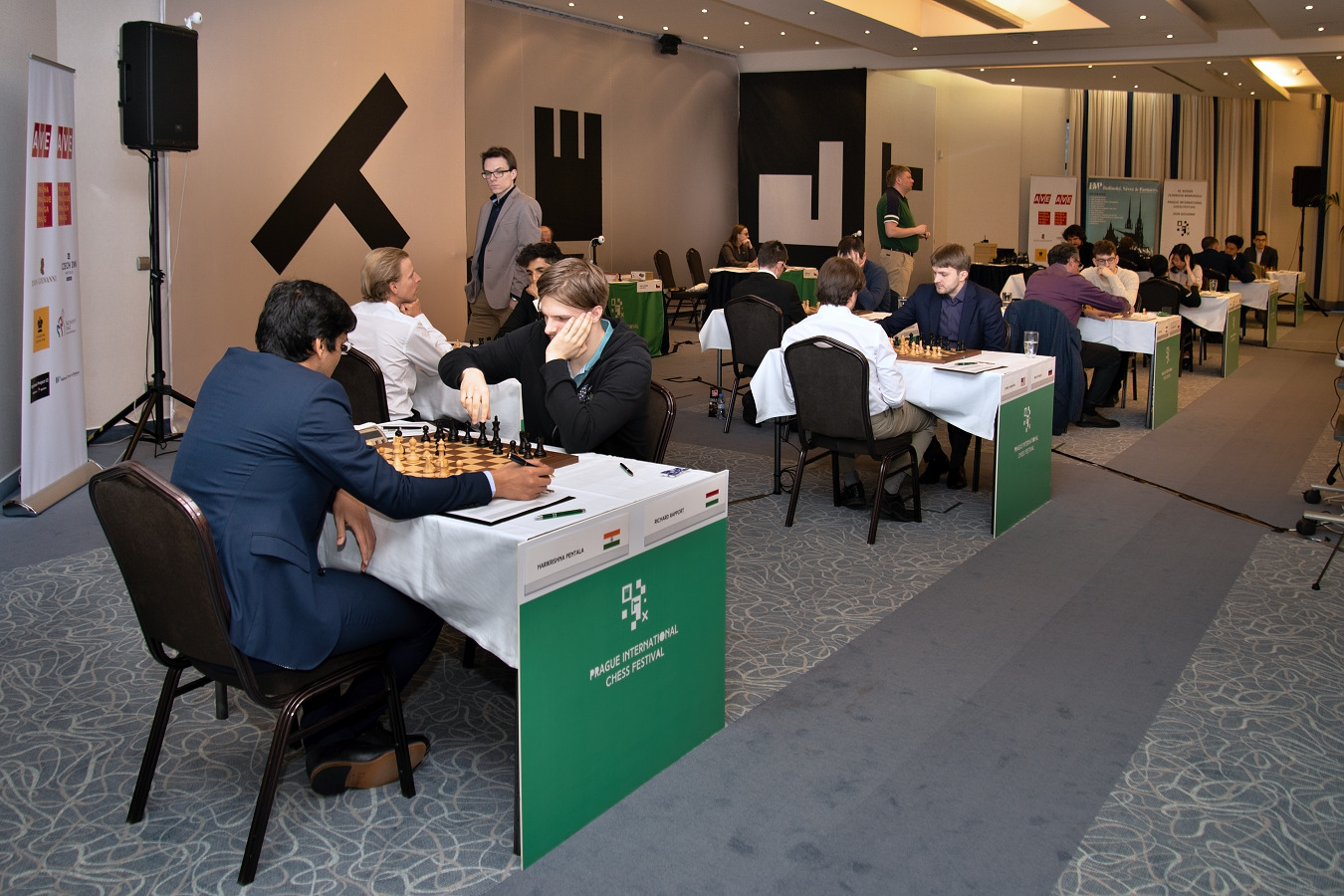 By the time all the games in Masters finished, the Challengers was in full swing. In all Czech derby Jan Krejči defeated Van Nguyen. This is his second win and he is now co-leader with 3/5. 13-year-old Praggnanandhaa played a very good game and defeated Women's World Champion Ju Wenjun. "I was expecting Petroff and I prepared well", said Pragg after the game. This is his first victory in the event, and it seems he is getting into shape after a slow start. 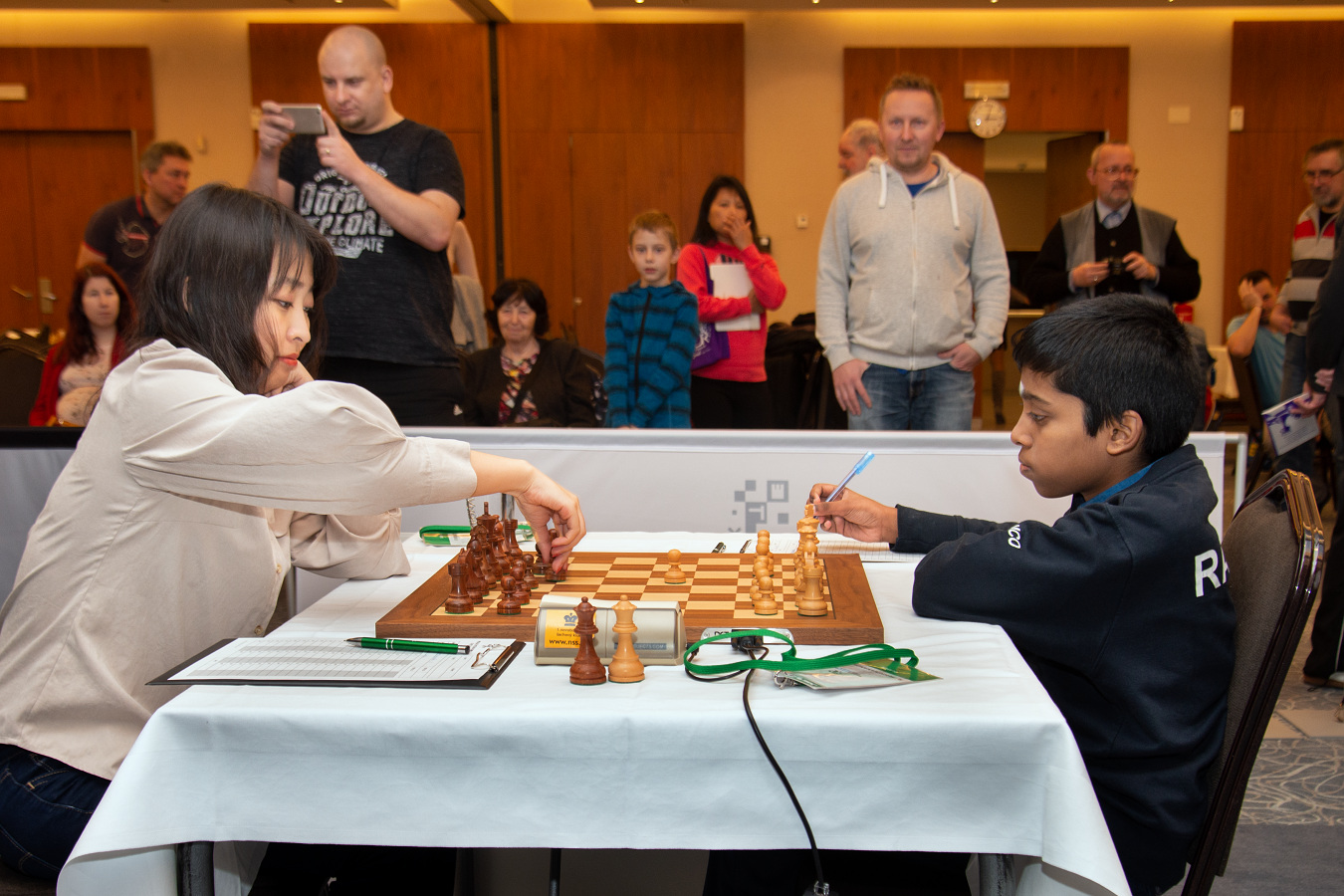 David Anton Guijarro was better prepared than Mateusz Bartel and scored his second win, this time with White pieces. He also shares 1st place with 3/5. Known for his inspiring and uncompromising style, Alexei Shirov remains consistent to his game. Today he defeated David Paravyan with White pieces, and he is on 50% after 5 rounds, with 2 wins, 2 loses and only one draw. 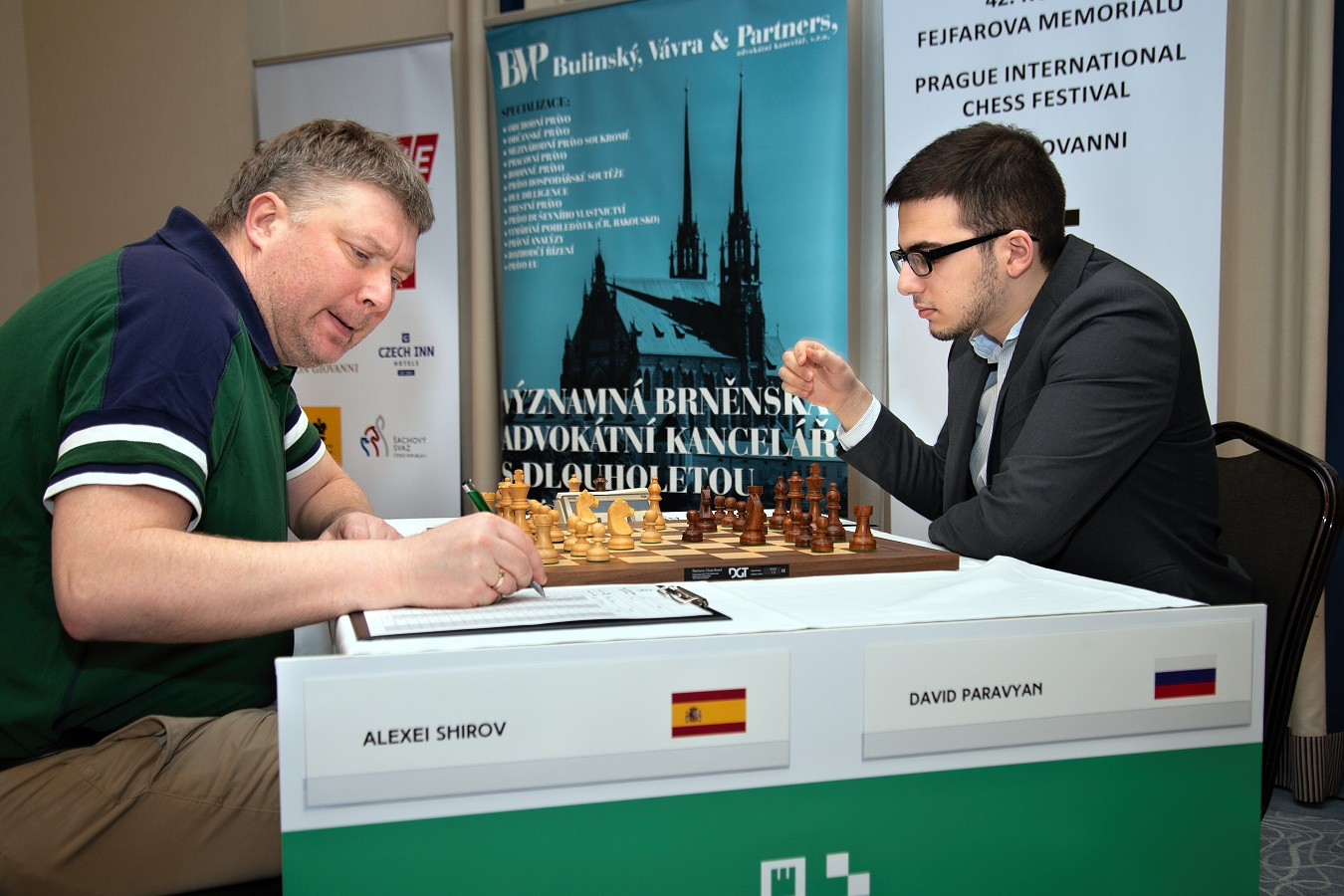 In another all Czech encounter the game ended in an unusual way - a stalemate! Štoček was pressing against Michalik, and just when it seemed White will resign, he found a miraculous save with Queen sacrifice wich led to a draw. You don't get to see such an ending every day! 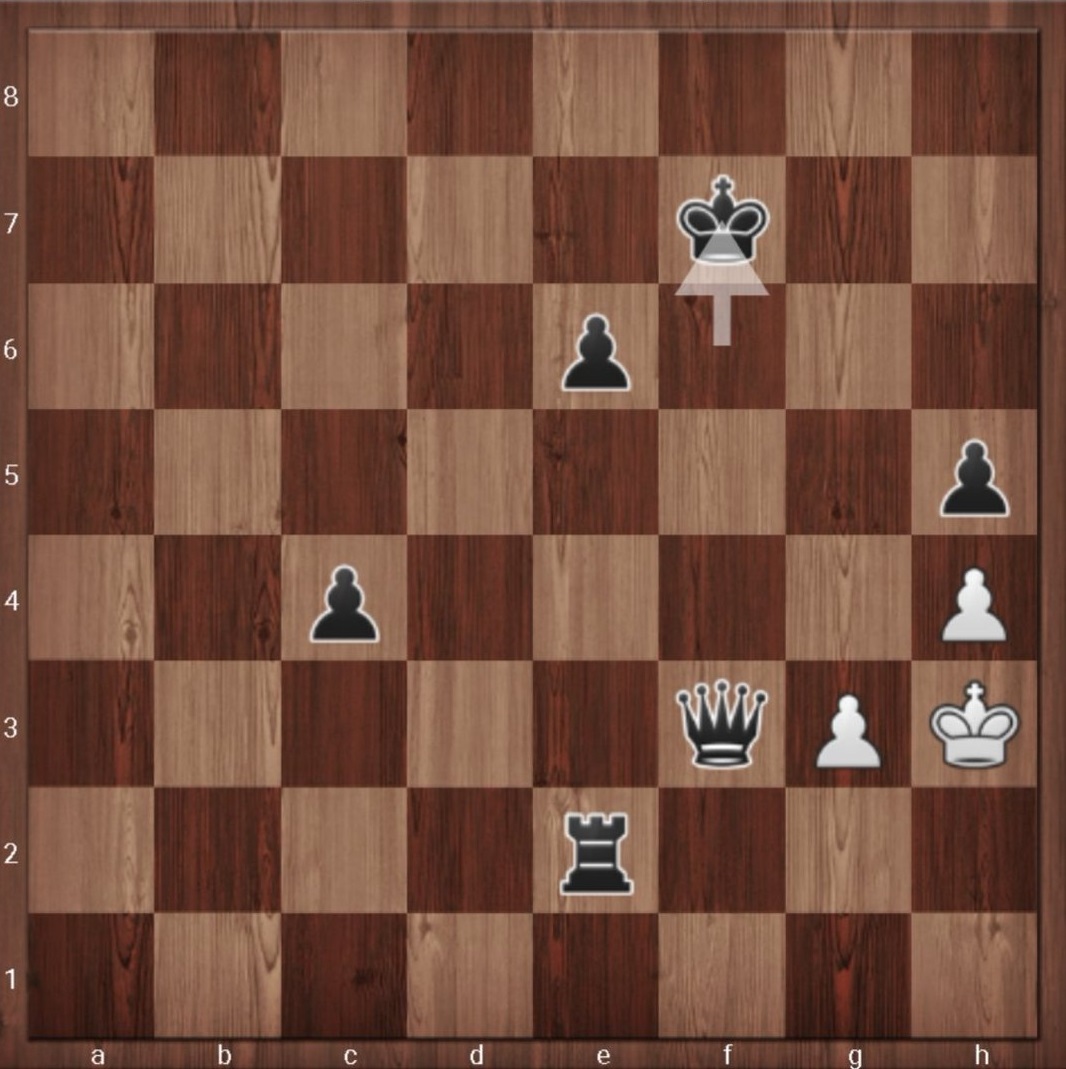 Three rounds finished in the Open event. There were few upsets on the top boards, including loses of 5th and 8th seed.  Top round 4 pairings: Stefansson vs Bakhmatsky, Gasanov vs Kozusek, Dong vs Cernousek, P.Nguyen vs Martin, Lavrov vs Van Den Doel, etc. Results and pairings of the Open event can be found on  Chess-Results.

Tomorrow is a rest day for Masters players. Round 6 of Challengers starts on March 11 at 3.00 pm, while the round 4 of Open events start at 4.00 pm.