Hannes Stefansson wins Open event of 1st Prague International Chess Festival and qualifies for the 2020 Challengers tournament! The Icelandic Grandmaster drew the final round with Evgeny Vorobiev and finished the event undefeated with 7,5 points out of 9. There was a five-way tie for the second place, but thanks to better tie-breaks, 2nd place went to GM Alexander Zubov from Ukraine and 3rd to his compatriot Eldar Gasanov. 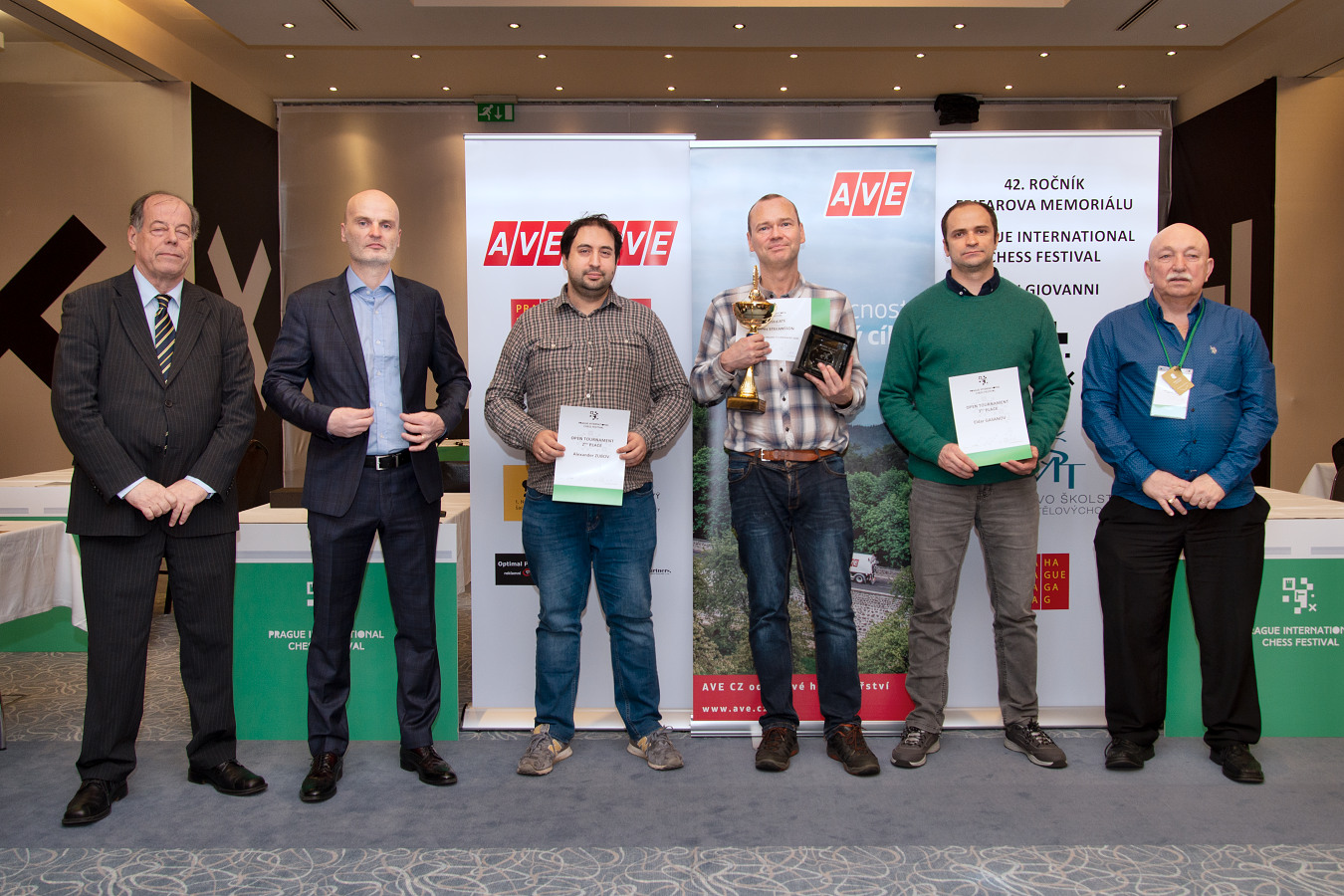 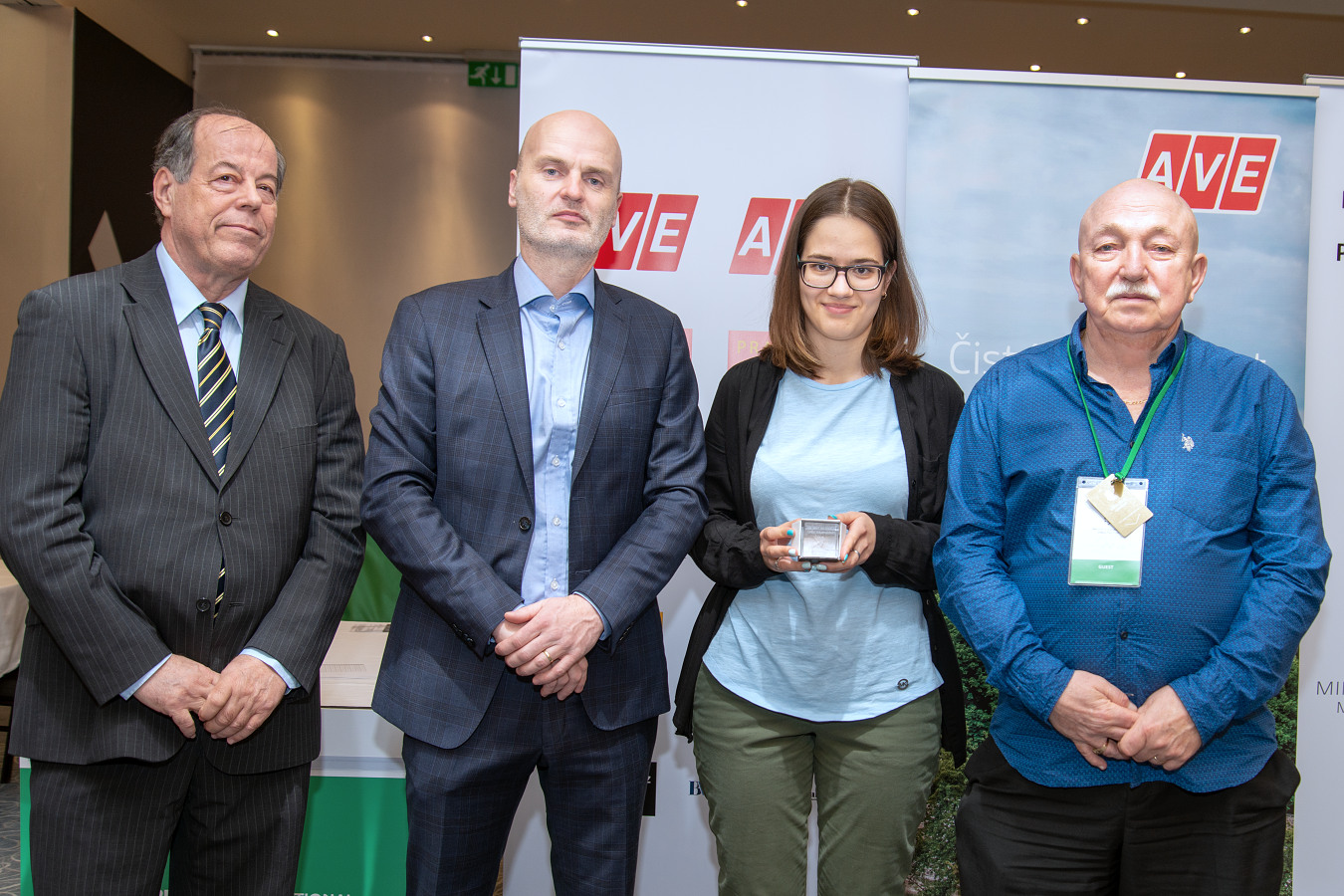 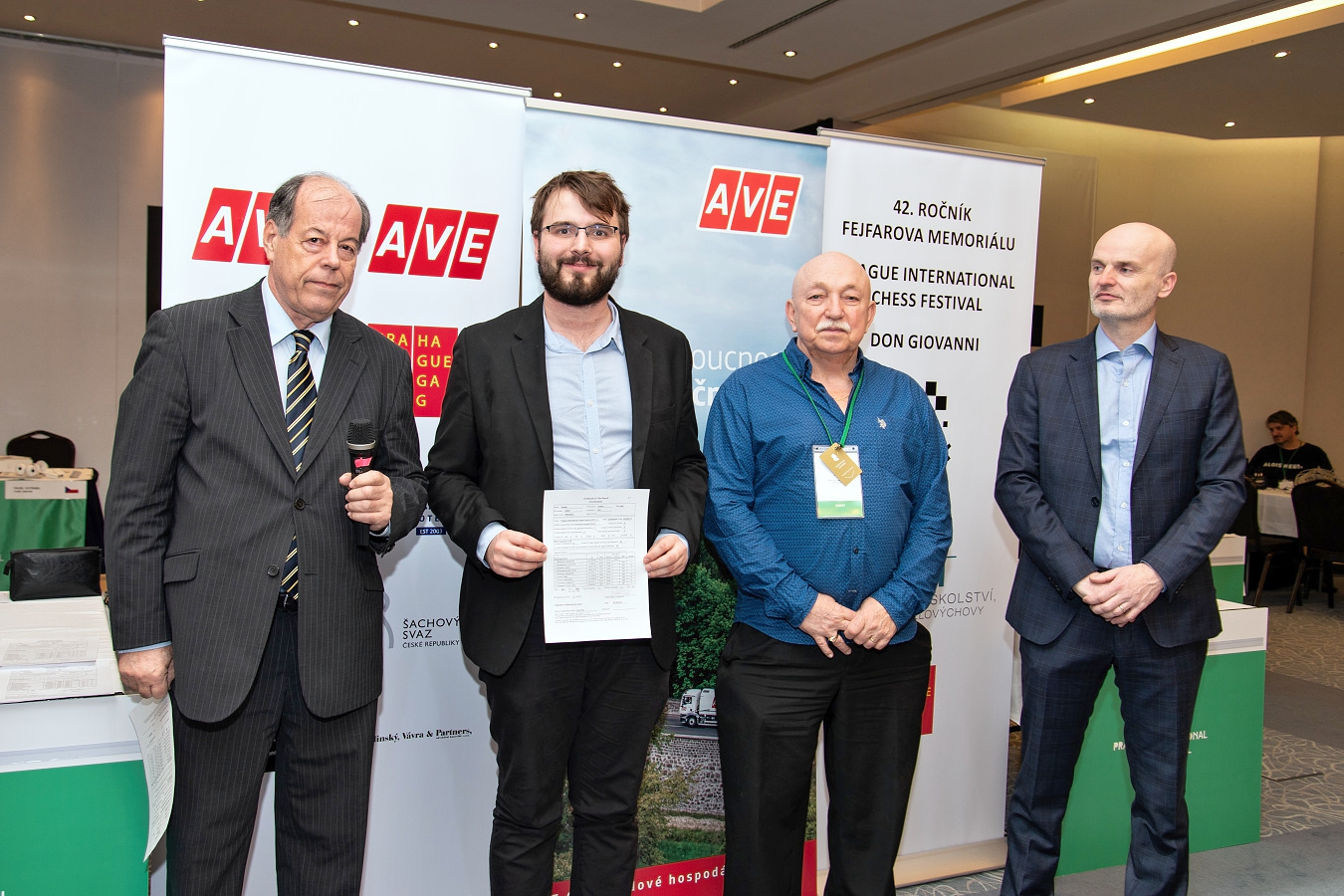 Top round 9 results: Vorobiov vs Stefansson 1/2, Stany vs Bakhmatsky 1/2, Kashlinskaya vs Sedlak 1/2, Zubov vs Rasik 1-0, Cernousek vs Demuth 1/2, Rakesh vs Kriebel 0-1, etc. Final standings the Open event can be found on Chess-Results.

The winner of the E tournament became Sofiane Anis Amellal from Algeria with excellent 8,5 points. Second place went to Jiri Svetly, and third to Lubos Skopec, both Czech players with 5,5 points. Final standings 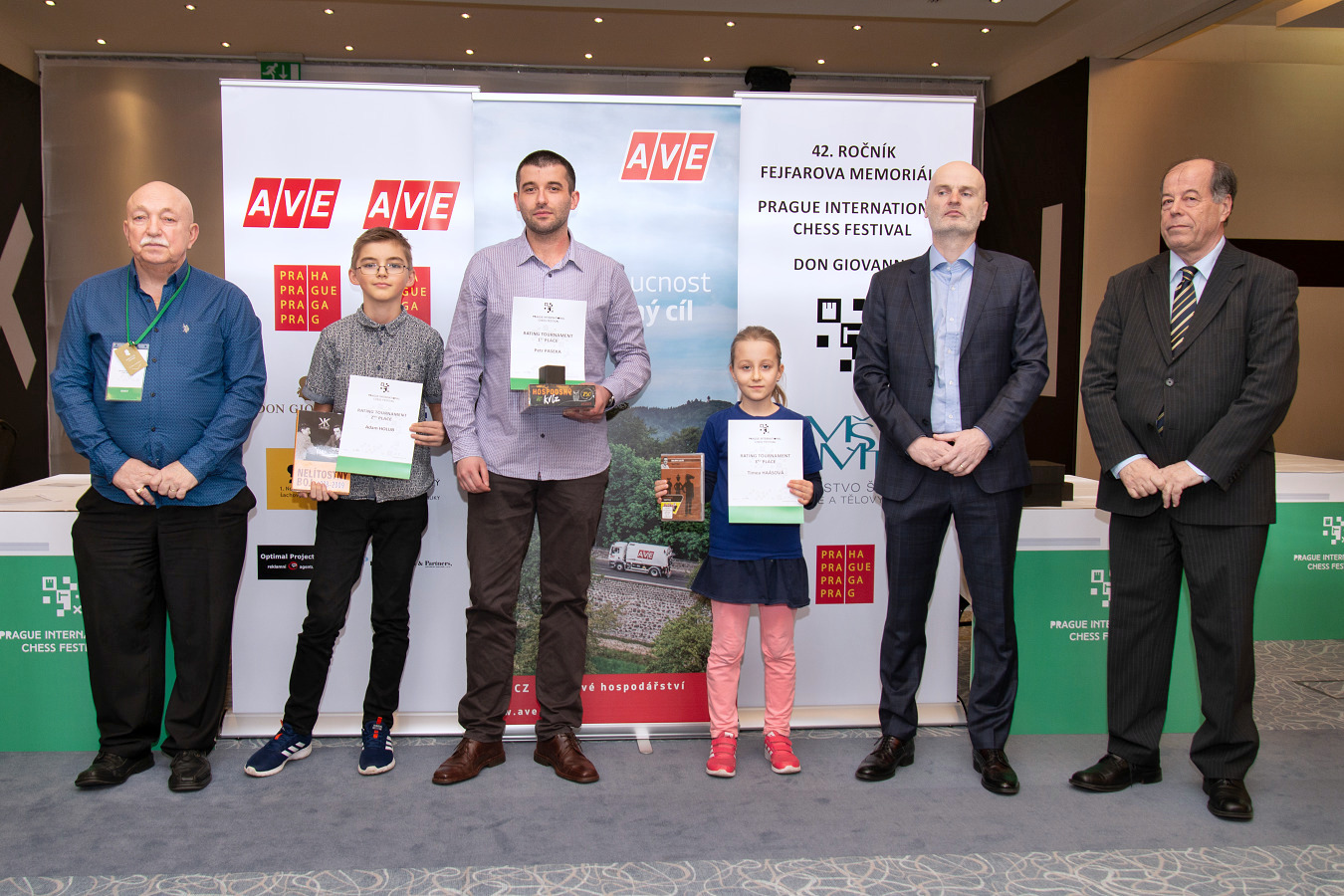 The closing ceremony for the Open and rating events was held shortly after the finish of the tournaments, in the playing hall in Don Giovanni Hotel in Prague, in the presence of the Tournament Director Petr Boleslav, Chief Arbiter of the Festival IA Pavel Votruba and founder of Pardubice Open, on behalf of Avekont Mr. Jiří Petružálek.

Photos of Open closing ceremony are available on the media page, or on Zonerama.

Congratulations to the winners, and all participants for fair play and fighting chess. This concludes the 1st edition of the Prague International Chess Festival. See you next year!